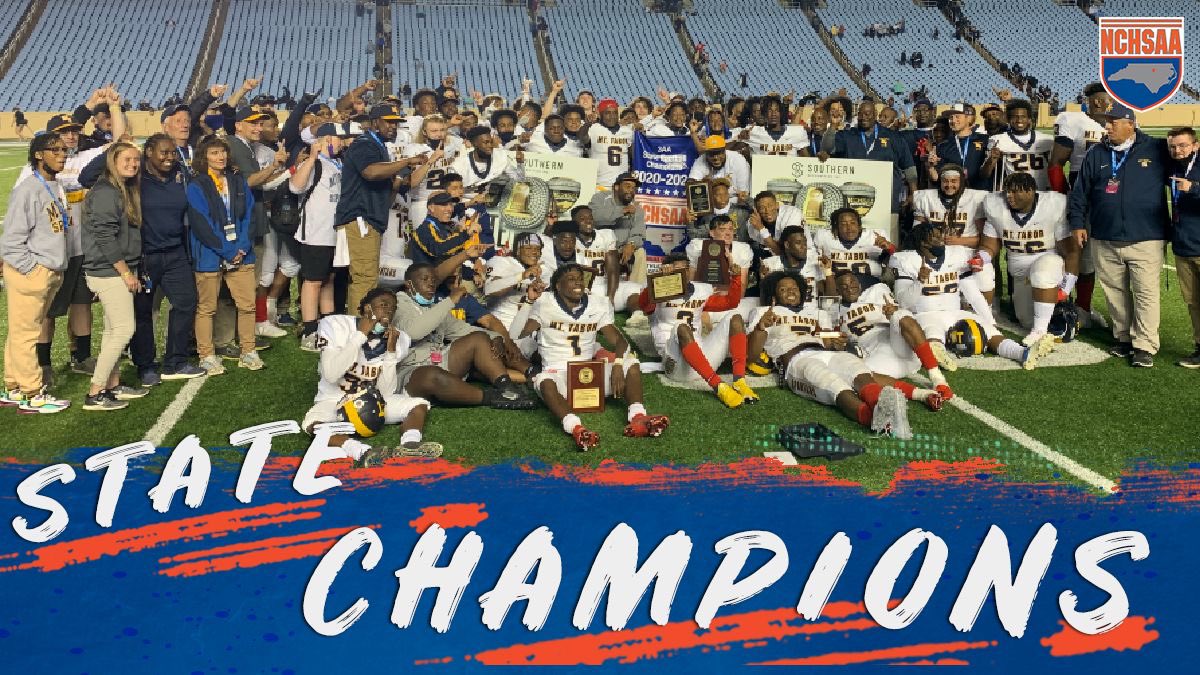 CHAPEL HILL, NC – Lance Patterson was a man on a mission. The junior wide receiver and defensive back from Mount Tabor were always around the football, offensively and defensively, leading the Spartans past Cleveland 24-16 on his way to being named the 3AA Football Championship Most Valuable Player and claiming the school’s first football State Championship.

Patterson broke the ice early as Tyress McIntyre found him wide open for a 70-yard scoring strike with 6:55 left in the first quarter to put Mount Tabor in front 7-0. The touchdown catch was one of three total touchdowns on the night for Patterson, who also scored on a seven-yard run late in the second quarter to put the Spartans in front 14-7 at halftime.  McIntyre was selected as the Most Outstanding Offensive Player of the game for the Spartans, throwing for 164 yards and a score while rushing for 21 yards. 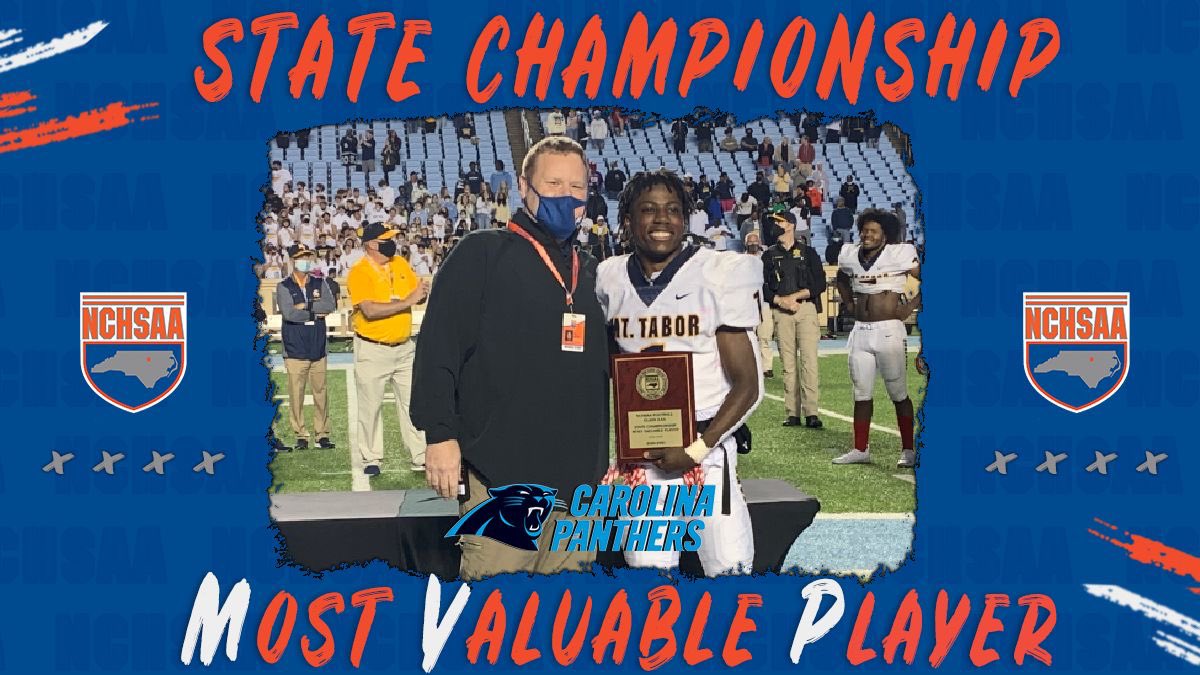 MVP Patterson was outstanding defensively as well, scooping up a Cleveland fumble on the opening possession of the second half and sprinting 31 yards for a touchdown to put the Spartans in front 21-7. As Cleveland began to mount a drive to answer the score, Patterson came up with a huge interception down the right sideline, thwarting any building momentum Cleveland had managed.

After bringing pressure on a punt from the endzone with 3:58 to go in the game, Cleveland earned a safety, cutting the Tabor lead to 24-16. The Rams took the ensuing possession down the field into the redzone before the drive stalled out, turning the ball over on downs to the Spartans and essentially ending the Cleveland chances for a comeback. Jamari Slade led the Mount Tabor defense, picking up four tackles and two of them for a loss on his way to being named the Most Outstanding Defensive Player for Mount Tabor.

Cleveland kept the game close all night with the Rams defense coming up with several stops deep in their own territory in the first half that could have put the game out of reach. Deonte Lewis was a leader defensively for Cleveland, racking up five total tackles on the night, including 3.5 for a loss. He was named the Most Outstanding Player defensively for Cleveland.

Skyler Locklear did his best to keep Cleveland in touch with the Spartans, as the junior QB tossed for 189 yards and a score during the game. Locklear added 18 yards on the ground and extended several plays, making tough throws in traffic to the sideline regularly. He was named the Most Outstanding Offensive Player of the game for the Rams.

Locklear did not have both touchdown passes for Cleveland, as he was knocked from the game when his helmet came off on a first down scramble in the red zone. Then on second down from the Spartan 18, the Rams went to the Wildcat package and freshman Cameron Goins came in, tossing a fade route into the corner, finding Carter Griffith, who made a great contested catch to tie the game at 7 with 8:05 to go in the first half.

Cleveland wrapped up the season 10-1. The Rams were 5-0 in Greater Neuse 3A play, winning the conference championship. The Rams secured the school’s first Regional Football Championship and appeared in the State Championship Game for the first time in program history.

Mt. Tabor finished the season 11-0. The Spartans were 5-0 in Piedmont Triad 3A play, winning the conference championship. They were Regional Champions for the third time in program history and the first time since 2007 and won the school’s first Football State Championship.

The NCHSAA is committed to recognizing and promoting good sportsmanship and has partnered with the NC Farm Bureau to highlight individuals from each State Championship event who exemplify the ideals of outstanding sportsmanship. The 2020-2021 3AA Sportsmanship Award recipients were Kaden Hall from Cleveland and Javouse Chambers from Mt. Tabor.