SOUTHERN PINES, NC - T.C. Roberson’s Lucas Benjamin Ward carded six birdies in his 3-under, 69 on his way to winning the 3A Men’s Golf Individual State Championship at Longleaf Golf and Family Club. All six of Ward’s birdies came on the back nine, helping him to hold off four challengers who finished tied for second at 2-under. 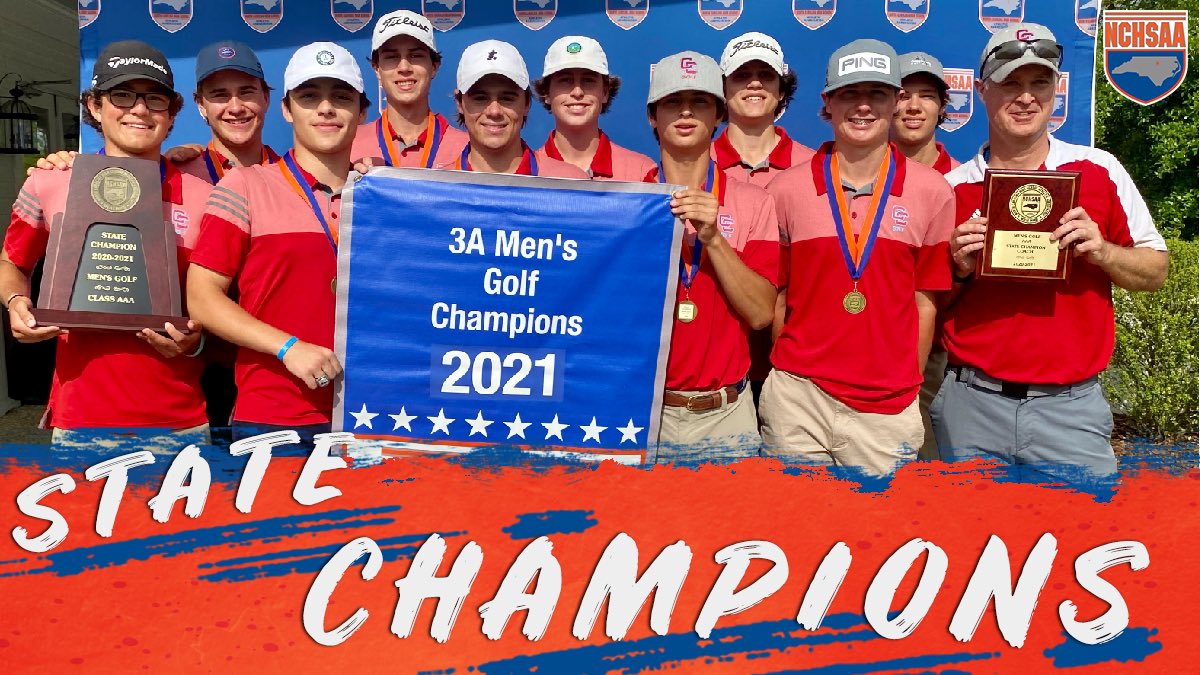 As one of the first four groups off the tee, Ward had plenty of time to watch his competitors bring their rounds home following his fiery final nine. Forestview’s Nick Foreman came up a stroke short of Ward’s number despite three birdies of his own on the back nine. J.H. Rose’s Cameron Hardison and Terry Sanford’s Ethan Paschal pushed one another to 2-under, 70 in the same grouping. Jacob Conklin from Northwood also came in at 2-under, 70, one grouping behind Hardison and Paschal.

Charlotte Catholic was solid from top to bottom, combining for an 11-over, 299 to slip past Marvin Ridge by three shots.  Catholic’s Luke Guthrie led the Cougars with a 1-over, 73. Steven Shea chipped in a 2-over 74 while teammate Nick Rubino wrapped the year 3-over in a tie for 15th. Catholic scoring was rounded out by Clay Tardif, who fired a 5-over, 77.

Catholic’s depth proved enough to get the Cougars to a third-straight 3A Men’s Golf State Championship. The team title was the fifth in program history and second at Longleaf. Second place Marvin Ridge was paced by Ryan Dunn’s steady even-par 72. Dunn finished tied for sixth.