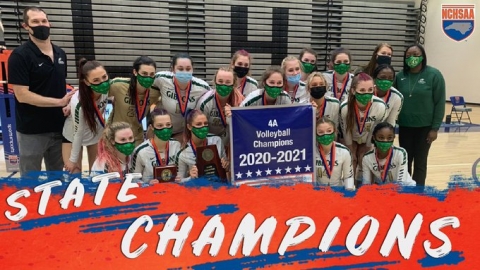 CARY, NC – Cardinal Gibbons cruised to their 11th volleyball state championship on Saturday, racing past Providence 3-0. The Crusaders captured the program’s first title since winning the 2015 4A Championship in a convincing three-set win over Northwest Guilford. 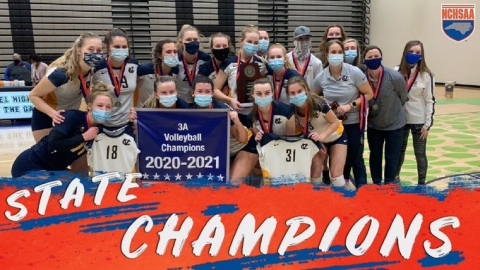 CARY, NC – In a match that truly was closer than a 3-0 sweep, D.H. Conley scraped past a tough challenge from Cox Mill to win the Viking’s third state championship in program history. 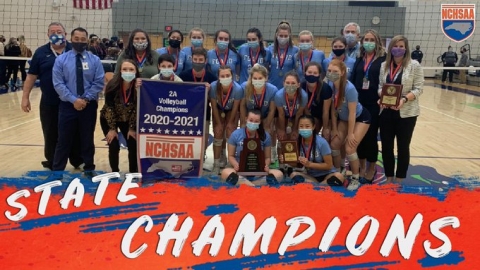 CARY, NC – The Tigers from Fred T. Foard proved too much for McMichael in the 2A State Championship Match. Foard grabbed their eighth title in program history and second in a row with a 3-0 sweep of the Phoenix. 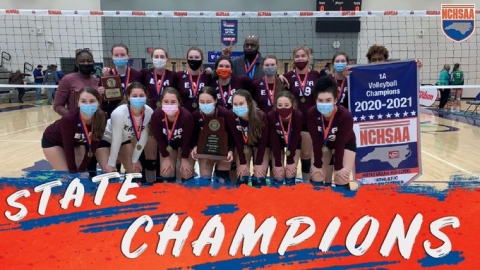 CARY, NC – East Wake Academy got their offense rolling early, taking a commanding 2-0 set lead with a pair of 25-15 set wins to set themselves to win the school’s first state championship. 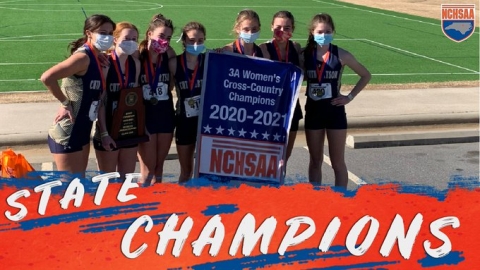 KERNERSVILLE, NC – The Cuthbertson women dominated the 3A Women’s Cross Country State Championship at Ivey Redmon Park, winning both the individual and team events. Senior Madeline Hill out legged teammate Alyssa Preisano to the line for the individual title. 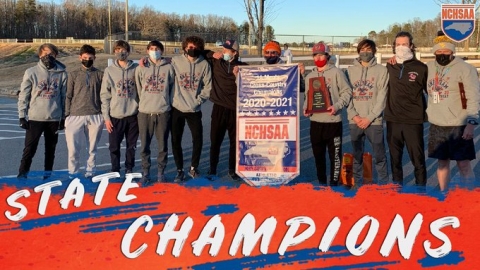 CHAPEL HILL— Karlyn Pickens from North Buncombe High School and Delaync Shuler from Anson High School have been named recipients of the NCHSAA Performance of the Week award. Each week two athletes in North Carolina High School Athletic Association competition are selected for this award from nominations received from coaches, media, and school administrators.

CHAPEL HILL— Madeline Hill from Cuthbertson High School and Terence Harcum from Granville Central High School have been named recipients of the NCHSAA Performance of the Week award. Each week two athletes in North Carolina High School Athletic Association competition are selected for this award from nominations received from coaches, media, and school administrators.

NOTE:  The NCHSAA does not endorse any one company or product over another company or product. The staff encourages you/your school to do your due diligence. Below is a list of vendors who have reached out to share that they have various supplies available for purchase, which might assist the schools as they move towards the opening of athletic activity in North Carolina.

JACKSONVILLE, NC – Phil Padgett, an outstanding football coach and athletic director from Onslow County, succumbed to his battle with cancer on December 18th, 2020, at his home surrounded by family. He was initially diagnosed with cancer in 2012, but it went into remission before returning in 2020.

Padgett took over the head coaching position at Southwest Onslow in 1988 and built the Stallions into a perennial contender. He led teams at Southwest to four state championships, appearing in the NCHSAA finals on seven occasions, retiring in 2014 with a career record of 295-69.