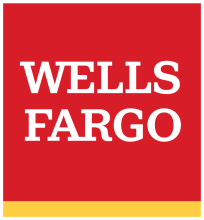 The Wells Fargo Cup is the symbol of overall sports excellence among high schools in North Carolina.

Since 1979, the Cup award has been awarded to the schools which have the best overall interscholastic sports programs in each of the four classifications: 1A, 2A, 3A, and 4A. The program is presented by the North Carolina High School Athletic Association in conjunction with one of its corporate partners, Wells Fargo.

Each Cup winner receives a silver cup and a banner for permanent display at the school. The Wells Fargo Cups are presented annually at a designated home football game at the recipient school.

All schools that finish in the top eight positions (plus ties) in an NCHSAA state championship event receive Wells Fargo Cup points. In events where 1A, 2A, 3A, and/or 4A schools compete together, such as lacrosse, points are awarded on a school's standing against other schools in its classification.

The Conference Cup is awarded to the school securing the most points during the school year within their respective conference.

(3) If only one school from a conference fields a team, that team will receive 15 points towards the conference cup.