CARY, NC - The North Carolina High School Athletic Association (NCHSAA) formally inducted the members of the Hall of Fame Classes of 2021 & Classes of 2022 in front of the largest crowd for the NCHSAA's Hall of Fame Banquet in the event's history. The Association honored the contributions of the eight members of the 2021 & 2022 classes while recognizing Ron Parson, a member of the Class of 2020 who was unable to attend the banquet last year on the COVID-rescheduled date. 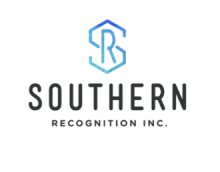 The event had over 500 tickets reserved with honorees and attendees enjoying a meal prior to the formal induction ceremony. Each Hall of Fame Inductee was presented with a Hall of Fame Ring, compliments of the NCHSAA's "Official Championship Ring Partner," Southern Recognition, Inc. The inductees also recieved lifetime NCHSAA passes. This year's inductees were honored with a video detailing their impact on students, fellow coaches, and their communities. You can view those videos below as you read about each inductee. 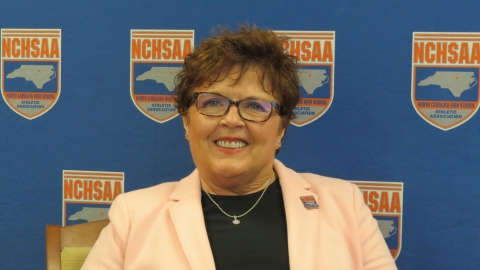 Susan “Susie” DeWeese made her mark as a head volleyball and basketball coach at Enka High School, building powerhouse programs in the early days of Title IX. DeWeese compiled a record of 491-196 during her tenure from 1975 to 2005 in volleyball and racked up a 217-210 record in women’s basketball from 1980 to 1997. DeWeese had 35 young ladies sign or offered college athletic scholarships. She was selected as the Western North Carolina Coach of the Year in both sports once and was the 1982 AAA Coach of the Year as selected by the North Carolina Association of Broadcasters.

Her 1978 Basketball team won the 3A State championship, winning that title again in 1983. Her volleyball teams were similarly successful, winning the open classification championship in 1982 and finishing as state runner-up three times, 1983, 1987, and 1988. DeWeese also was selected to serve as the head coach for the West All-Star Women’s Basketball Team at the annual East-West All-Star Game in Greensboro in 1984. After her retirement from volleyball, she continued to serve as a volleyball official while working as part of the WNCOA Training Committee and on the WNCOA’s Grievance Committee. She led teams to the playoffs 13 times in basketball and 22 of the last 25 years in volleyball. 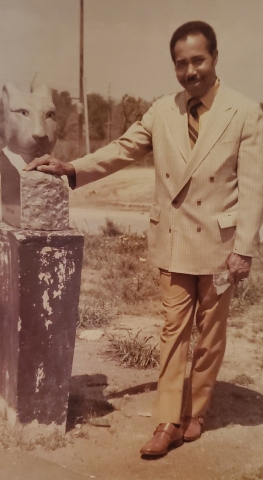 The late Jonathan McKee was a central figure in the Greensboro community during the early days of integration. McKee’s role as the football coach and athletic director at Dudley High School from 1954 until 1980 saw him lead the school and its young people through some very tumultuous times with the steadfastness that only a retired U.S. Army Officer like McKee could deliver. McKee was an outstanding football, basketball, and baseball coach who piloted Dudley teams to numerous conference, district, and state titles during his tenure.

McKee’s Panthers were district champions in 1960-1961, winning the NCHSAC (North Carolina High School Athletic Conference) State Championship that year with a record of 22-2. His basketball squad in 1963 won their conference and finished as NCHSAC State runner-up. In baseball, McKee’s teams shone bright also winning the conference and 4A NCHSAC State Championship in 1965 before his football team performed the same feat in 1967. He posted a career record in football of 90-46-3 and was the 1980 Football Coach of the Year. The respected educator and coach served on the North Carolina Coaches Association (NCCA) Board of Directors from 1978 until 1980 and was recognized as the NCCA Man of The Year. 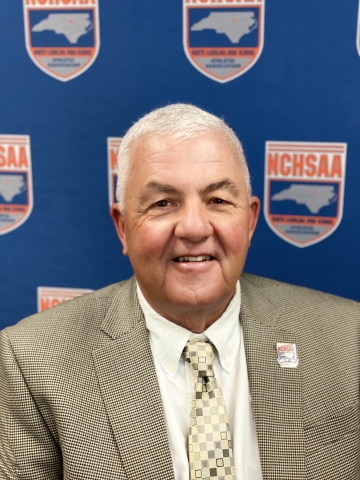 Charles “Charlie” Spivey has been a pillar in his hometown of Sanford and the baseball community for decades. Spivey was the quarterback of Sanford Central’s (now Lee County High School) 1973 3A State Championship football team, but he fell in love with baseball. After playing in his hometown, he eventually went on to play for the University of North Carolina under legendary Tar Heels Coach Walter Rabb.

Spivey crafted a career out of coaching at his alma mater, Lee County High School where his teams won more than 500 games and a pair of State Championships. Spivey’s Yellow Jackets claimed the 4A State Championship in 1996 and 2001. His teams also reached the Regional Finals in 2011 and 2015. He has seen success not only on the high school level, but as an Assistant Coach for USA Baseball in 2008, 2009, and 2011 helping to lead the 16U USA Baseball team to a Gold medal. Spivey was elected to the NC Baseball Coaches Association Hall of Fame in 2017. 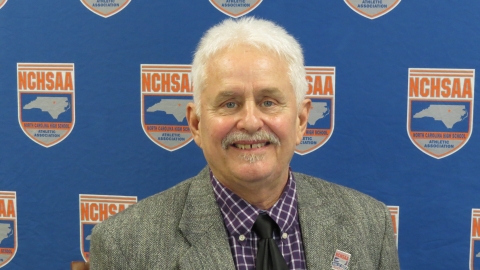 Bob Vroom is certainly in the conversation for greatest high school soccer coach in the history of North Carolina. Vroom built a powerhouse program in rural Swansboro in Eastern North Carolina, racking up 490 wins in men’s soccer and winning seven state titles. Vroom posted a 490-73-25 mark as a men’s soccer coach at Swansboro and went 90-33-16 during a brief stint as the women’s soccer coach at the school. Vroom’s men’s teams won 21 conference championships and appeared in 14 state championship matches, 12 of those appearances were epic battles against Charlotte Catholic including a stretch where his teams won five of six state titles, all over the Cougars, from 1995-2000. His women’s teams won four conference titles and were state runner-up in 1999. 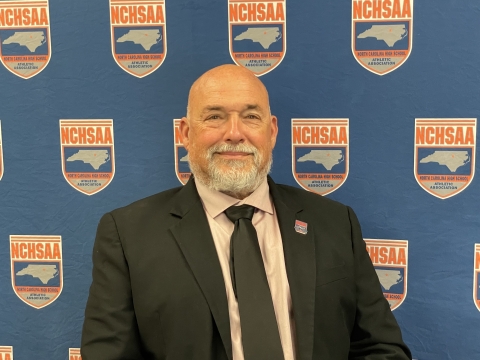 Danny Anderson racked up more than 725 wins in his illustrious career that included stops at four NCHSAA member schools. Anderson began his career at Madison-Mayodan from 1982-1985 posting a record of 37-32 before heading to Starmount from 1985-1992 where he led the Rams to three regional appearances and a record of 114-58. In 1992, Anderson headed to West Caldwell where he served as the school’s athletic director and basketball coach until 2015, winning 488 games against just 129 losses. After 23 years at West Caldwell, Anderson took on a new challenge at Maiden where he coached from 2015-2019 and posted a record of 46-32.

Anderson gained recognition across the state, winning 20 Coach of the Year Awards and seeing 23 of his teams ranked in the top 10 statewide polls. He piloted teams to three state runner-up finishes (1994, 1999, and 2010), 16 conference titles, 12 conference tournament championships, 12 sectional titles, and three regional championships. Remarkably, every team that Anderson coached, except two, reached the playoffs. Anderson served on the NC Athletic Directors Association Board of Directors from 2000-2004 and as a member of the NCHSAA President’s Advisory Board in 2002. He was Region 7 Coach of the Year in 2011 and has received induction into the Caldwell County Sports HOF. 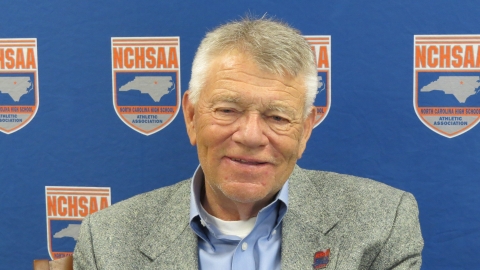 Harold Robinson was a teacher and coach at a pair of NCHSAA schools from 1973-2003. In addition to duties as the head football coach, Robinson was an outstanding athletic administrator, leading Williamston to 10 Conference Cup Trophies for overall athletic performance. He claimed a pair of state championships as an assistant baseball coach, winning back-to-back seasons in 1974 & 1975. Robinson’s football teams at Williamston compiled a 239-89 record during his time at the helm winning the Eastern Regional Finals 1995, 1999, 2001 and 2002 reaching the State Championship and winning in 1995, and 1999. His teams won seven conference championships under his leadership. 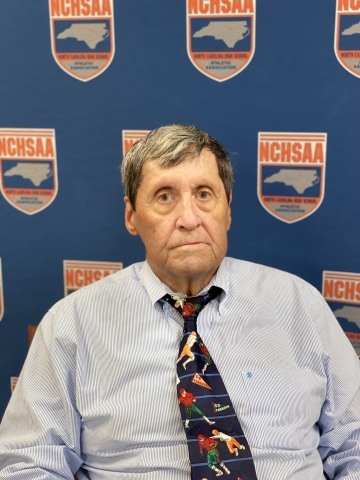 Harold “Hal” Stewart ws an outstanding football coach and administrator from 1967 until 2002 when he retired. Stewart graduated Goldsboro High in 1961 and moved on to Portsmouth, Virginia where he attended Frederick College. His football teams were a force to be dealt with, winning 240 games against just 78 losses while racking up 18 conference championships. His most notable teams, arguably, were at Garner High School, where he spent 17 years winning a football State Championship in 1987 while leading the Trojans to a runner-up finish in 1998. He also won a State Championship at Richmond Senior High in 1978.

Stewart coached nearly everywhere in Eastern North Carolina, with stops in Wayne County, Durham High School, Richmond Senior, St. Pauls, and Triton in addition to his time at Garner, winning Conference Coach of the Year honors 14 times along the way. He is honored with induction in three Halls of Fame, the Goldsboro High School, Garner High School, and George Whitfield Hall of Fame. He has served as a head coach in both the NC Coaches Association’s East/West All-Star Game and the NC-SC Shrine Bowl Game. President Gerald Ford recognized Stewart as a “All-American High School Coach.”. 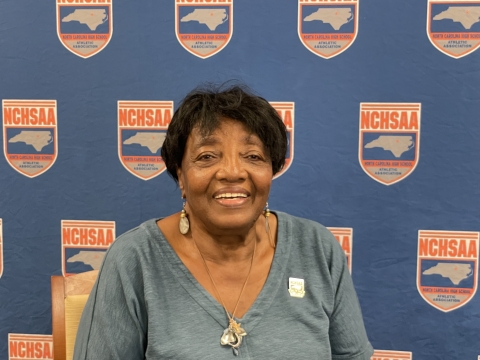 Ruby Sutton is a gem of the teaching and coaching profession in Southeastern North Carolina. Sutton is a native of Kinston but made arguably her largest impacts as a coach at Laney High School in Wilmington. She taught and coached for 53 years at Williston Senior High in New Hanover County, Noble Junior High, DC Virgo, and at Laney. She has coached nearly every sport as well. Sutton coached basketball and track and field at DC Virgo from 1974-1977. While at Laney she coached tennis and volleyball from 1977-2018.

Her tennis teams at Laney won five conference championships with a combined overall record of 346-135. She was named Conference Coach of the Year four times during that span. Volleyball coaching was another bright spot for Sutton, she saw her teams win 531 matches and fall in defeat just 218 times on her way to three Conference Coach of the Year Awards. She has been honored with the NCHSAA’s Homer Thompson Memorial “8 Who Make a Difference” Award, been a Sen-ABSE National and State Honoree and was named the National PE Teacher of the Year in 1996 by Walt Disney. She is a long-standing member of the NC Association of Athletics, Health, & PE, earning that Association’s PE Teacher of the Year Award as well. The basketball court at Laney’s Jordan Gym is named in her honor.