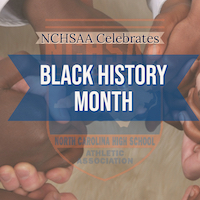 During the month of February, in honor of Black History Month, the NCHSAA website will feature information about African Americans who have made major contributions to the great tradition of high school sports in our state. We hope you find these both entertaining and informative. 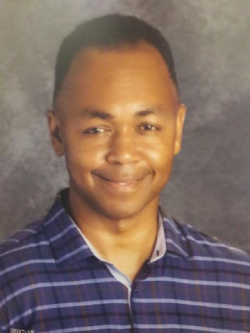 Ike Walker, Jr. is not just the basketball coach at Jack Britt High School in Fayetteville, he is the only basketball coach in the school's 22 year history. Back on January 4th, his Buccaneers faced Purnell Swett and knocked off the Rams 60-47 to earn Coach Walker his 300th career victory, all acheived at Jack Britt. A local product, Coach Walker graduated from Fayetteville's Reid Ross High School before attending South Caorlina State University. His father Ike Walker, Sr. was a longtime head coach at cross-town E.E. Smith High School.

Walker, Jr., following in his father's footsteps, has led teams to the NCHSAA Regionals in 2008 and 2009, won three NCHSAA Sectional Championships, and four conference titles in his tenure at Britt. He wa selected to coach the East team for the NC Coaches Association's annual East-West All-Star Game in 2016 and led his squad to the victory in the game. In 2018 he served as an assistant coach for the North Carolina team for the Carolinas All-Star Basketball Classic.

Coach Walker has helped many student-athletes reach the next level on the court including CJ Walker and Manny Bates who both played collegiately at NC State. CJ Walker went on to play professionally on several teams including the NBA's Los Angeles Clippers.