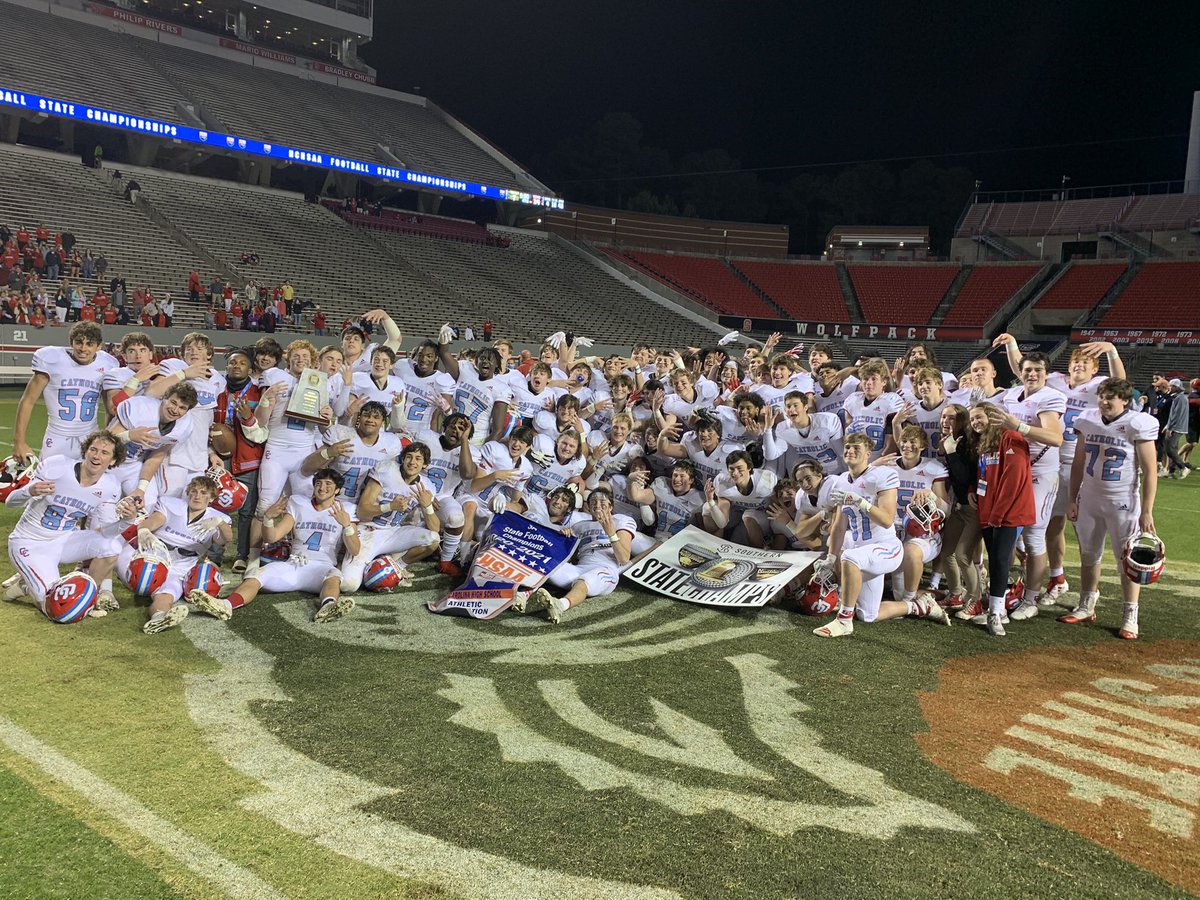 RALEIGH, NC – Charlotte Catholic held off Havelock 14-7 to win the school’s fourth straight 3A State Championship. The Cougars did all of their offensive damage in the first half, but it was the Cougar defense that shined holding Havelock to just 201 yards of total offense in the game.

Charlotte Catholic’s Liam Barbee was named the game’s Most Valuable Player, leading all players with 13 tackles on the night. Connor Dougherty racked up 11 tackles for the Cougars, earning Most Outstanding Defensive Player honors for the game. The two players’ efforts helped to stymie one of the most potent offenses in 3A football this year.

Charlotte Catholic jump-started their offense with a halfback pass by Paul Neel that found Adam Franek for a 36-yard touchdown with 7:29 to go up 7-0. Havelock answered with a six-play, 63-yard drive capped off by a one-yard touchdown run by Kamarro Edmonds to tie it at 7 with 11:23 to go in the first half. Edmonds finished with 61 yards on 15 carries and was selected as the Most Outstanding Offensive Player for the Rams.

The Cougars took the ensuing possession straight down the field and were knocking on the door of the redzone after just five plays. Jack Larsen hauled in a 20-yard pass from Sean Boyle to cap an 81-yard drive and put Charlotte Catholic in front for good with 9:50 to play in the first half. 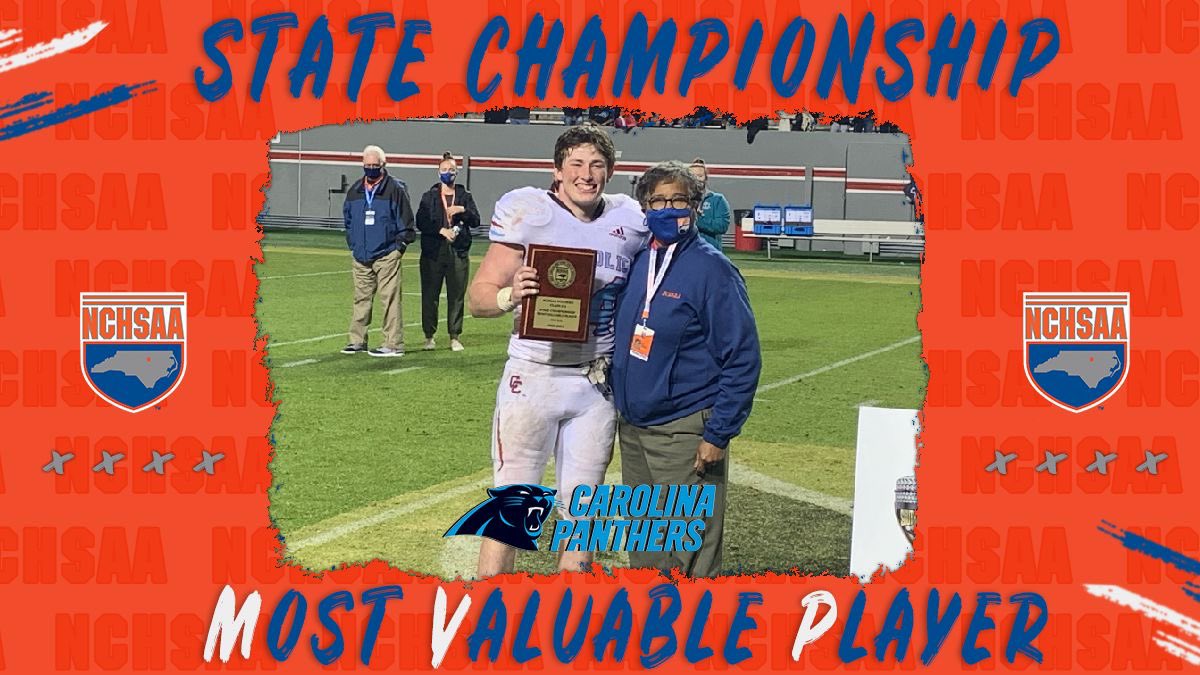 Havelock was equally stingy defensively, thwarting the Cougars' ground game and holding them to just 245 yards of total offense. Kamron Hoover played exceptionally at defensive back, making six tackles, two of them for a loss, breaking up two passes and pulling in an interception. Hoover was selected as the Rams’ Most Outstanding Defensive Player.

Havelock finished the season 10-1 The Rams were 5-0 in Coastal 3A play, winning the conference championship. They were Regional Champions for the eighth time in school history and the first time since 2017.

The NCHSAA is committed to recognizing and promoting good sportsmanship and has partnered with the NC Farm Bureau to highlight individuals from each State Championship event who exemplify the ideals of outstanding sportsmanship. The 2020-2021 3A Sportsmanship Award recipients were JaQuon Franks from Havelock and Bobby Verrier from Charlotte Catholic.