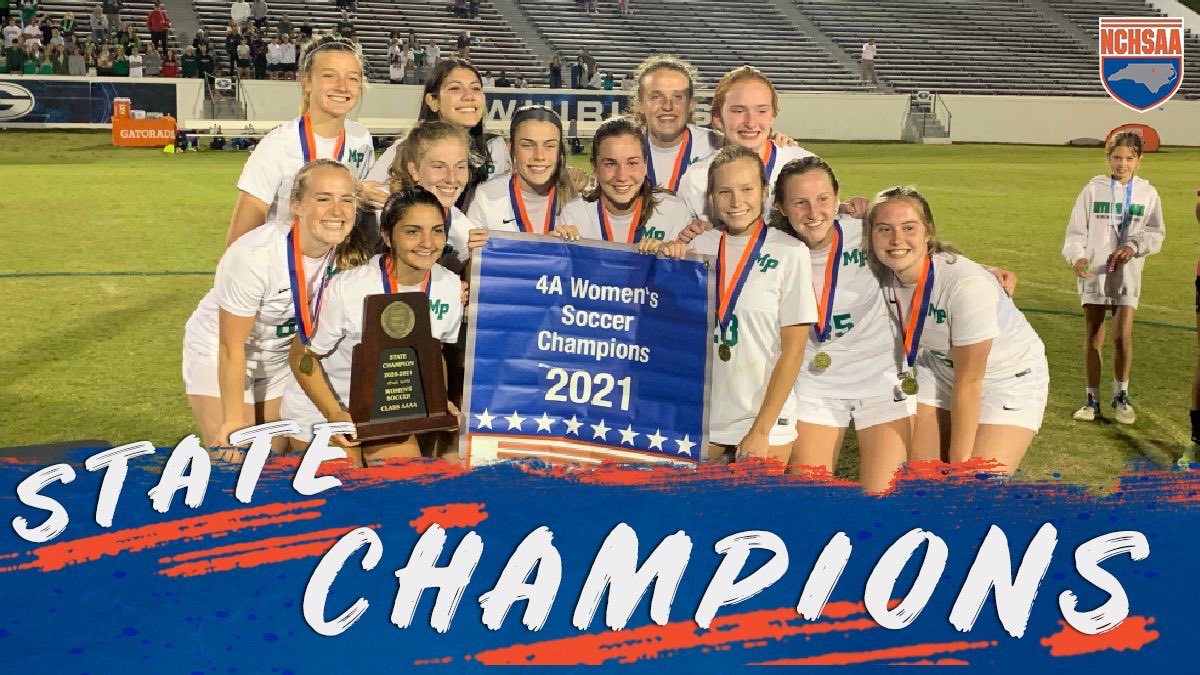 GREENSBORO, NC – The Myers Park Mustangs got a pair of goals from a pair of seniors, lifting them to their first State Championship in the Women’s Soccer program’s history. Caileen Almeida struck the decisive blow in the 70’ on a free kick from roughly 35 yards out to put the Mustangs up 2-0 and effectively end any hope of a Pinecrest come back in the 4A Women’s Soccer Championship at Grimsley High School’s Jamieson Stadium.

Almeida blasted a rising shot over the Patriots four-person wall, and the ball began its descent into the back of the net just as it was crossing over the head of the Pinecrest keeper at the edge of the six-yard box. The Mustangs celebrated and were able to comfortably bleed out the remaining ten minutes to win a championship three years removed from heart-breaking defeat in the 2018 State Championship. 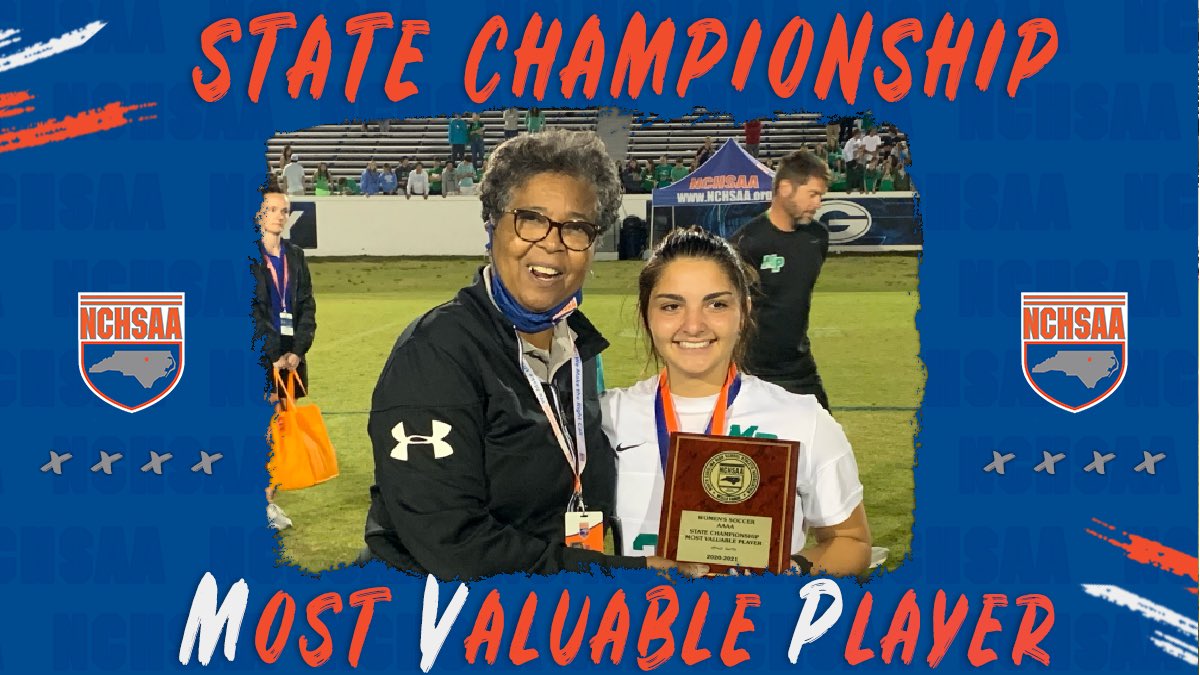 Almeida also was critical in the midfield defense and offensive build-up for the Mustangs, checking the most troublesome Patriot, Lauren Landry, through the midfield for the majority of the second half. Almeida was selected as the game’s Most Valuable Player for her efforts.

The Mustangs got on the board in the first half when the Patriots had a misplayed ball in the box that fell to Caroline Pulliam. Pulliam made no mistaking pushing the ball into the right side of the netting in the 18’ to give the Mustangs a 1-0 lead.

Pinecrest finished the season at 18-1-0. The Patriots were the champions of the Sandhills 4A Conference and winners of a regional championship for the second year in a row. Pinecrest won the Western Regional Championship in 2019, falling to Heritage in Penalty Kicks in the State Finals. 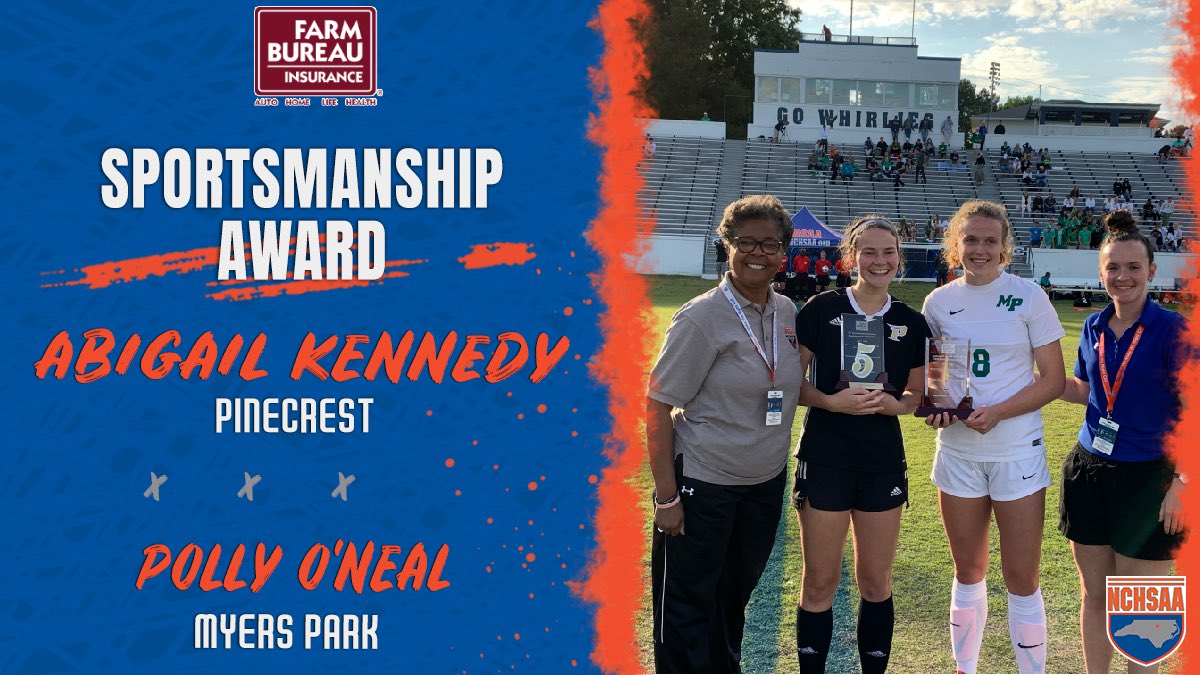 The NCHSAA is committed to recognizing and promoting good sportsmanship and has partnered with the NC Farm Bureau to highlight individuals from each State Championship event who exemplify the ideals of outstanding sportsmanship. The 2021 4A Women’s Soccer Sportsmanship Award recipients were Abigail Kennedy from Pinecrest and Polly O’Neal from Myers Park.