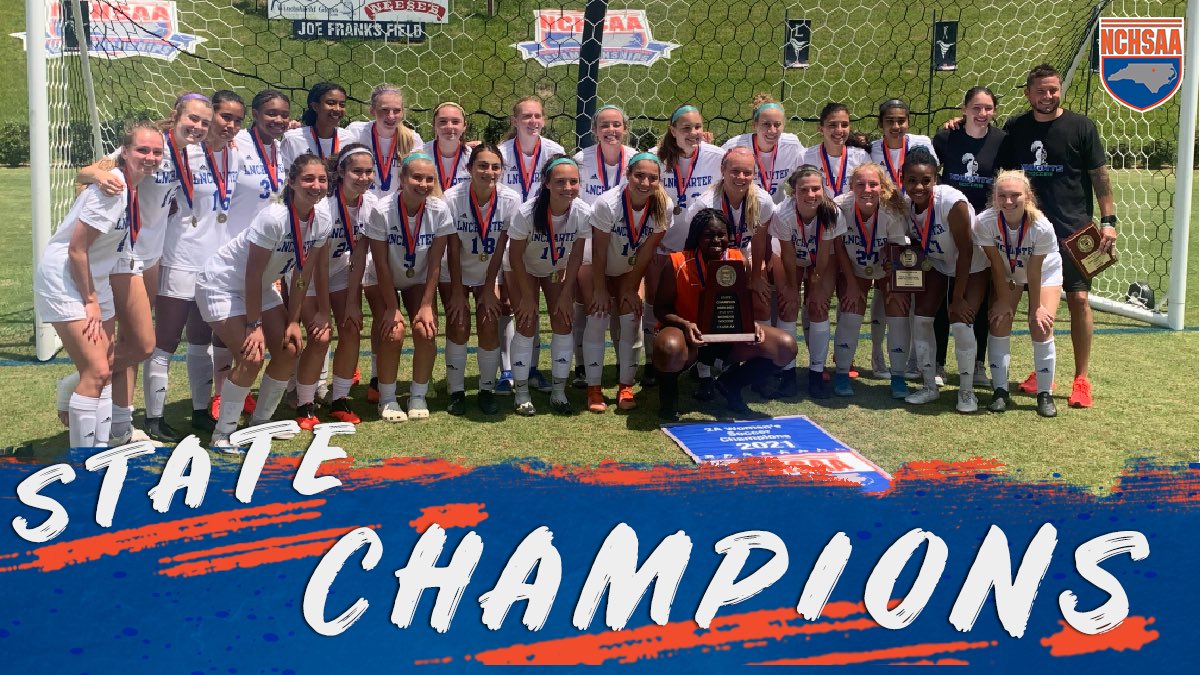 Asha Means was purely spectacular, taking on defenders and working as a force in the attacking end. She finished the game with a hat trick of three goals as she was selected as the 2A State Championship Game Most Valuable Player.

Eliza Rich also had a fabulous game for the Knights, breaking the ice early with a goal on an assist from Kayla Patel in the 2’. Rich later found the back of the net in the 16’ on a feed by Kaela Rasenberger, blasting the ball home with her right foot from 30 yards out to go up 3-0. 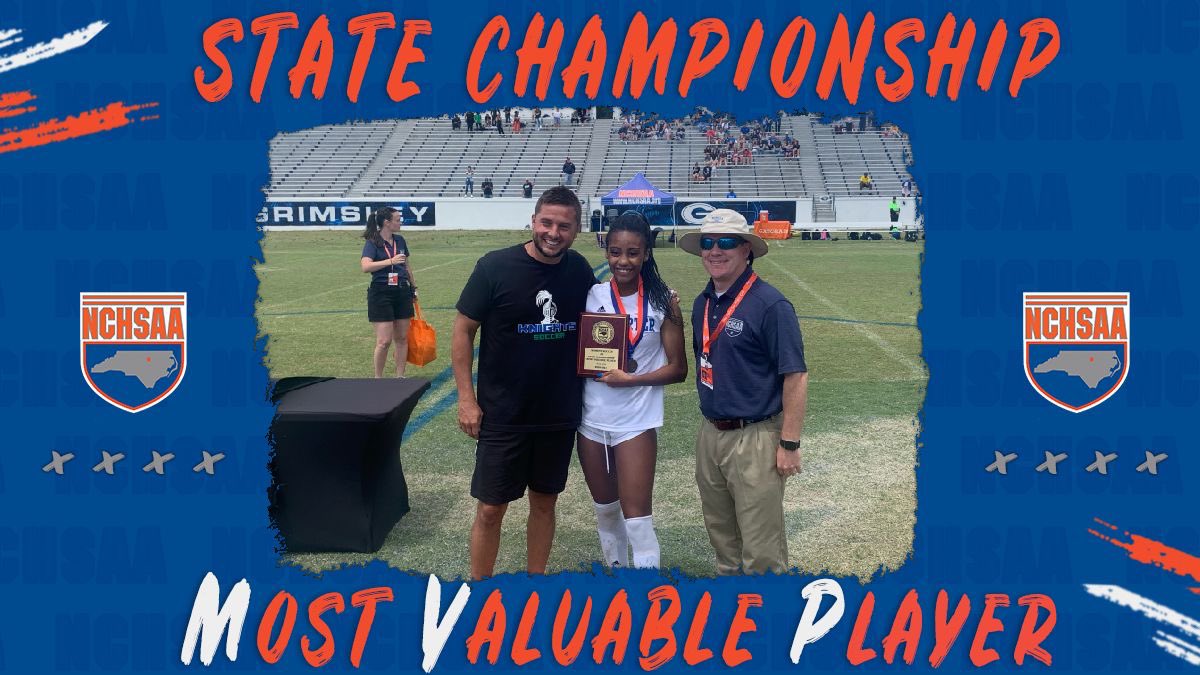 Means netted the first of her three markers on a header from a cross sent in by Haven Stanley out of the deep left corner in the 8’, putting Lake Norman Charter up 2-0. Means added a pair of unassisted goals later, scoring one in the 18’ and the other in 49’, both on near breakaway-type opportunities.

Carrboro finished the season 13-3-1. The Jaguars were 8-0 as the champions of the Mid-State 2A. Carrboro won the Regional Championship for the seventh time in program history.

The NCHSAA is committed to recognizing and promoting good sportsmanship and has partnered with the NC Farm Bureau to highlight individuals from each State Championship event who exemplify the ideals of outstanding sportsmanship. The 2021 2A Women’s Soccer Sportsmanship Award recipients were Dhara Buebel from Carrboro and Lauren Jones from Lake Norman Charter who were recognized prior to the opening game.