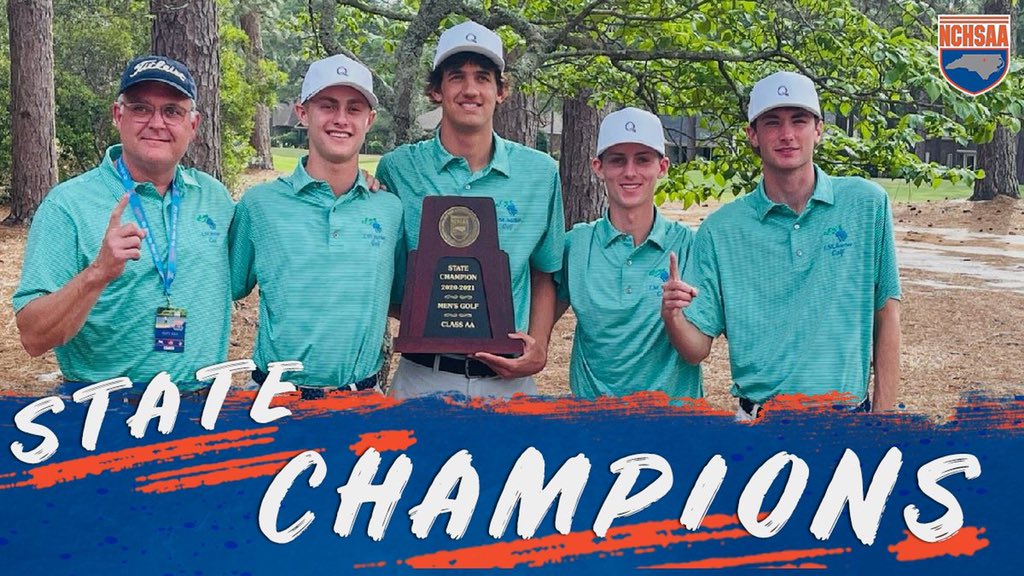 ned out three straight birdies as he made the turn, carding a 1-under mark on the 10th, 11th, and 12th holes. The eventual champion did give a shot back to the field on the par 4 14th, but he quickly took that back on the par 3 16th with a birdie.

O’Neal finished second but had a roller-coaster round. He birdied a pair of holes on the front nine, the par 4 2nd and the par 5 6th. He paired that with three bogeys on the front nine as well. On the back nine, O’Neal flipped the script with birdies on the 11th and 15th, offsetting a bogey on the 14th, getting him to an even-par 72 for the day.

Lake Norman Charter was solid from one through four, comfortably sliding by second-place Midway by 14 strokes. The Knights combined for a 23-over 311 thanks to Carter Busse’s 3-over 75 leading the way. Busse finished tied for fourth overall.

Teammate Will Dalton was just one shot behind Busse finishing tied for seventh, and Brandon Spinks was just one more shot back of Dalton at 5-over 75 in a tie for tenth. Garson Long finished 11-over in a tie for 24th to round out the Knights’ scoring and secure the school’s second straight Men’s Golf Team State Championship.

Midway finished second at 37-over 325. They were led by Logan Atkins, who fired a 3-over 75 on his way to a tie for fourth place.