The format of this year’s State Swimming & Diving Championships included timed finals, rather than the traditional prelims feeding consolation and championship heats. The number of entries was also reduced from 24 per event to 12. Team points were awarded for the top eight times, down from the usual 16 scoring positions. 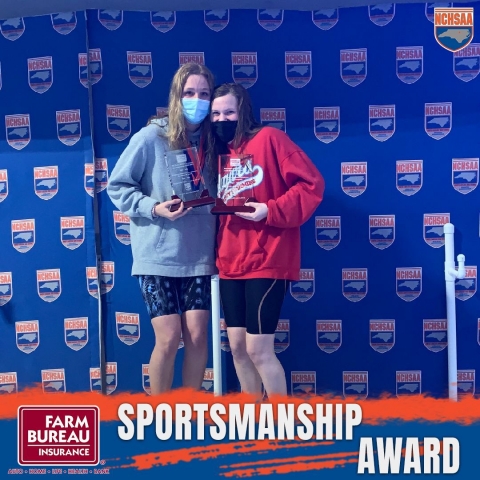 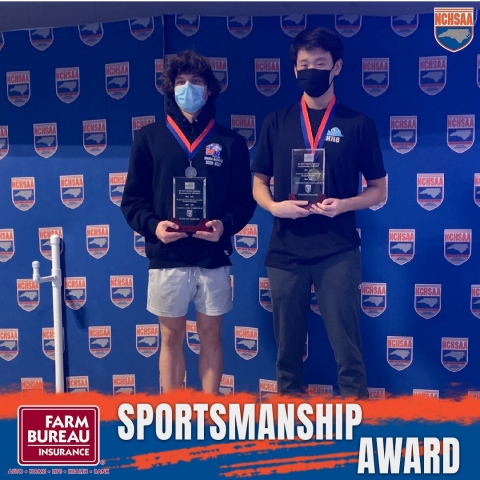 The NCHSAA is committed to recognizing and promoting good sportsmanship and has partnered with the NC Farm Bureau to highlight individuals from each State Championship event who exemplify the ideals of outstanding sportsmanship. The 2021 3A Sportsmanship Award recipients were Madeline Menkhaus from Charlotte Catholic, Caroline Duhamel from Marvin Ridge, Jonathan Liang from Chapel Hill and Kian Constantine from Marvin Ridge. 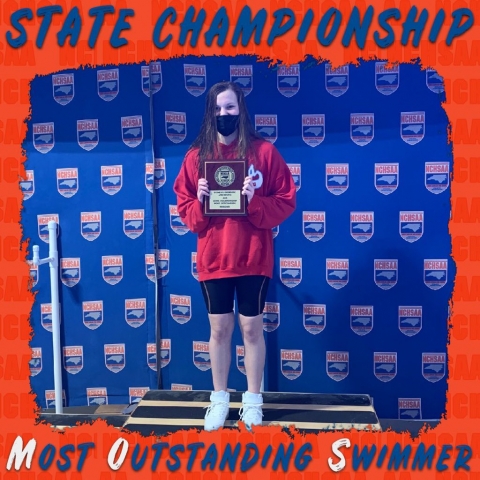 Madeline Menkhaus was the 3A Women’s Most Outstanding Swimmer, lifting her team to the team title. Menkhaus grabbed victory in the 200 Individual Medley (2:03.05) and the 100 Butterfly (54.14). She also led the 200 Medley Relay team for Charlotte Catholic, combining with Sydney Sanders, Kendra Johnson and Olivia Rhodes to post a new 3A State Meet Record of 1:44.69. The quartet’s time eclipsed the old 3A Meet Record of 1:45.30 set by the Cuthbertson relay team a year ago.

In addition to the exploits of Menkhaus, the Cougars picked up a win in the 50 Freestyle by Olivia Rhodes who sprinted to a time of 22.99 seconds. The Cougars 200 Free Relay squad of Rhodes, Kendra Johnson, Hope Borders, and Abby Druhan combined to bring home the event in 1:36.88.

Madeline Smith from J.H. Rose, last year’s 3A Most Outstanding Swimmer, nearly matched Menkhaus for the Most Outstanding honors. Smith won a pair of individual events, claiming victory in the 200 Freestyle (1:48.90) and the 100 Freestyle (:50.16). Smith’s teammate, Emma Hastings grabbed victory in the 500 Freestyle, posting a new 3A Meet Record, 4:49.37. Her time nipped the 4:49.84 set by Emmaline Peterson from Hickory in 2017. Smith and Hastings’ efforts helped the Rampants to a sixth-place finish in the team competition with 46 points.

Other notable performances on the women’s side included Kaylee Hamblin’s 100 Breaststroke swim of 1:00.35, setting a new State Meet Record. Hamblin’s time clipped more than nine-tenths of a second off the old state record of 1:01.26 set by Grace Rainey from Hough in the prelims of last year’s event. The time was 1.8 seconds faster than the previous 3A State Meet Record of 1:02.15 set by Caroline Hauder from Marvin Ridge in 2016. 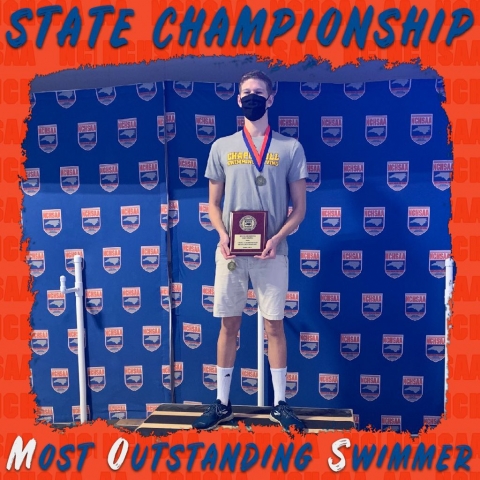 In addition to the two individual wins, Bretzmann was a part of a pair of winning relay teams for the Tigers. He teamed up with Ayden Xu, Austin Chang and Sam Hoover to set a new 3A meet record in the 400 Free Relay. The team raced to a time of 3:06.10, besting the 3:07.79 set by the same four swimmers from Chapel Hill a year ago. The Tigers won the 200 Medley Relay with Chang, Michael Volpe, Bretzmann and Edward Wang combining for a 1:36.39. The 200 Free Relay team of Wang, Volpe, Xu and Hoover posted a new 3A Meet Record with a time of 1:24.89 trimming the Chapel Hill 2020 Relay team’s time of 1:25.23.