CHAPEL HILL - The North Carolina High School Athletic Association (NCHSAA) annually presents the State Awards in several different categories, all based on those "who have done the most for high school athletics" rather than a single accomplishment or having an outstanding win-loss record." The awards are named in memory or in honor of outstanding individuals in each category, seven of whom are current members of the NCHSAA Hall of Fame. 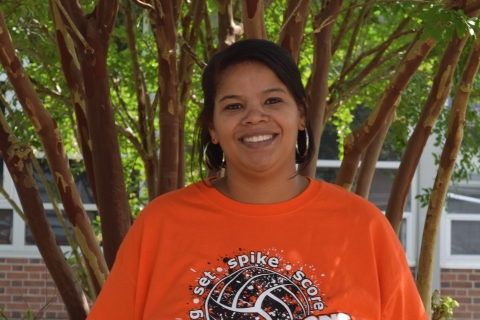 Rachel Clark has been coaching at Southeast Guilford since 2010, serving as the women’s basketball head coach since 2014. Under Clark’s leadership, the Falcons have secured a state championship in 2019 and reached the regional finals in 2020. Her teams have posted 131 wins against just 37 losses during her tenure as head coach.

Clark serves as an Exceptional Children’s teacher at the school since 2014. She has been named the Conference Coach of the Year on three occasions (2014, 2019, & 2020). She was the District Coach of the Year in 2020. In 2019, NCAA-PhERD selected her as the organization’s Female Coach of the Year. She led the Falcons to a 30-1 record and Mid-Piedmont Conference Regular Season and Tournament Championships in 2020. The team also won the Eastern Guilford Christmas Tournament and beat West Forsyth in overtime to win the MLK Southeast Shootout this year. 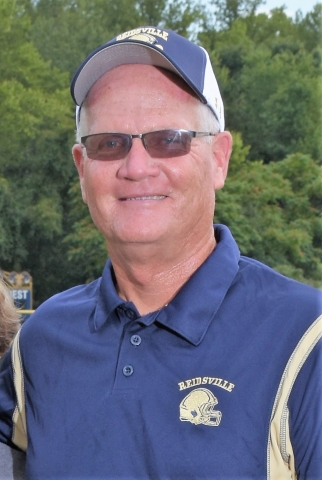 Jimmy Teague has been coaching since starting his career as an assistant football coach at Southern Alamance in 1979. Teague earned his first head coaching role in 1984 at Eastern Alamance, stopping at Garinger, Reidsville, Greensboro College and George Washington in Virginia before returning to Reidsville in 2012. Teague has guided his teams to 344 wins with just 118 losses at the high school level winning seven state championships and nine regional titles. He has guided the Rams to four straight State Championship appearances, winning three of those games including back-to-back championships in 2018 and 2019.

Teague has a long list of awards and honors including serving as the head coach of the Shrine Bowl team in 2019 and winning the NCHSAA and NFHS State Football Coach of the Year in 2018-19. He served as a head coach in the 1998 East/West All-Star Game and was President of the North Carolina Football Coaches Association. Teague has been selected as a conference coach of the year 16 times and was chosen by the Charlotte Observer as a regional coach of the year in 1989. He has been inducted into the Southern Alamance High School Hall of Fame and was awarded a key to the city of Reidsville in 2008. 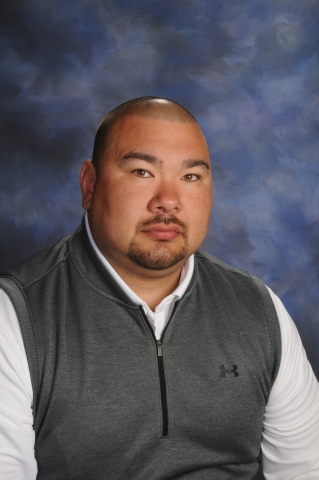 Masanori Toguchi is the athletic director at Hough High School in Cornelius, serving in that role since 2009. Toguchi began his career as an assistant football and head wrestling coach at Harding University High School, eventually transitioning to West Charlotte High School in 2007 when he took his first role as athletic director. He is a Certified Master Athletic Administrator (CMAA), obtaining his certification during the 2017-2018 academic year and has hosted numerous playoff and regional championship events as host and tournament director.

Toguchi is a decorated athletic director, serving as the President of the North Carolina Athletic Directors Association for the 2019-2020 school year. He is one of NCADA’s LTI Teaching Faculty, serves on the NIAAA Fifth Strategic Planning Committee, and is involved in the NIAAA’s Leadership Cohort 2. He represents Region 6 on the NCHSAA Board of Directors, is a member of the Metrolina Football Officials Association Board of Directors where he is also President-Elect. He is the Executive Secretary of the I-Meck 4A Conference and serves the Southwestern 4A Conference as their Conference Schedule Chair.

BOB DEATON PRINCIPAL OF THE YEAR 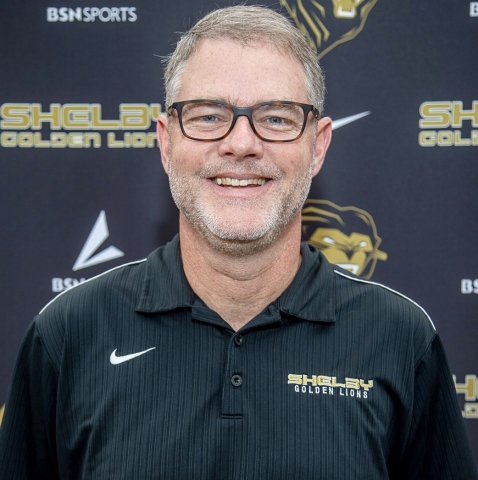 David Allen began his career in the news media as a sports reporter at the Washington Daily News in Washington, NC. After stops at two media outlets in Shelby, Allen became an English Teacher at Kings Mountain High School in January of 1995, before transitioning to Shelby High in August of that year. In August 2003, Allen became an Assistant Principal at Shelby High, taking over as Principal in 2013. He supervises and facilitates daily operations for 850 students and over 100 staff members.

Allen is an exceptional supporter of athletics, stemming back to his days as a tennis coach. He was selected as the 2A Tennis Coach of the year in 2003. He has also earned Cleveland County School’s Star Teacher Award in 2005 and 2018. He has served the NASSP, National Honor Society and National Junior Honor Society Scholarship Selection Committee on three occasions. The Golden Lions have been a force on the athletic fields under Allen’s watch, including winning state football championships in six of the last seven seasons.

BOB MCRAE SUPERINTENDENT OF THE YEAR 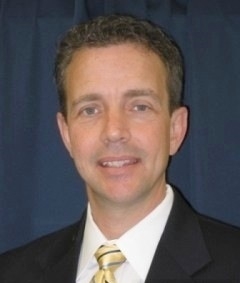 Dr. Rob Jackson began his career as an electrician’s mate in the United States Navy in 1986, transitioning to school work in 1991 and eventually elementary school teaching in 1995. Jackson began working as an Assistant Principal in 1999 before serving as the principal at three schools in Union County, founding two of them. He served as principal at Parkwood High from 2005 to 2008 and served as founding principal at Cuthbertson High from 2008-2012. In 2012, Jackson was selected as the Chief Communications Officer for Union County Schools and in 2014 was chosen to be the Superintendent for Edenton-Chowan Schools.

Jackson is known for lifting those around him to higher heights, seeing 11 assistant principals receive promotions to principalship under his tutelage and raising the cohort graduation rate at Parkwood from 75.1% to 84.7% in just four years. While at Cuthbertson, Jackson was named NCPAPA High School Principal of the Year for the state. He earned multiple NCSPRA Blue Ribbons for Excellence in School Communications during his role as Chief Communications Officer at UCPS. He has continued his excellent track record as a Superintendent, winning 2017 Regional Superintendent of the Year honors, the Dr. Brad Sneeden State Superintendent Leadership Award from the NCSSA while recording Edenton-Chowan Schools’ highest cohort graduation rate and securing the largest Local Capital Outlay Allotment in school system history. Jackson is a member of the NCHSAA Board of Directors, the Superintendent’s Council of the Northeastern Regional Educational Service Alliance, and the Board of Directors for the NC Association of Supervision and Curriculum Development. 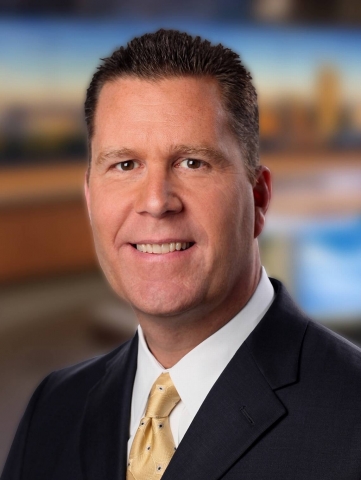 Jeff Gravley spent 31 years at WRAL Television in Raleigh and 34 in local broadcasting. His resumé includes coverage of many of the biggest events in sports from the Super Bowl and Final Four to the Olympics, but there was always something special about high school sports. Gravley’s love of high school sports dates back to his athletic career at J.F. Webb High School, before moving on to NC State where he played baseball. Gravley said, “Whether I was a photographer, reporter, presenting the Extra Effort Award or hosting Football Friday, it was a priority of mine to shine a bright light on high school athletics. It’s great to circle back years later with the athletes, coaches and administrators to reminisce about the good old days of high school sports.”

A decorated journalist, Gravley was twice named the North Carolina Sportscaster of the Year by the National Sportswriters and Sportscasters Association. He is a seven-time regional Emmy Award winner, collecting a Murrow Award while winning multiple awards in AP and RTNDAC for sports anchoring, reporting and photography. He has been selected for the J.F. Webb High School Hall of Fame and honored with induction in the George Whitfield Hall of Fame for outstanding contributions to sport in North Carolina. Gravley currently works with his alma mater as the NC State Athletics Director of Content Strategy. 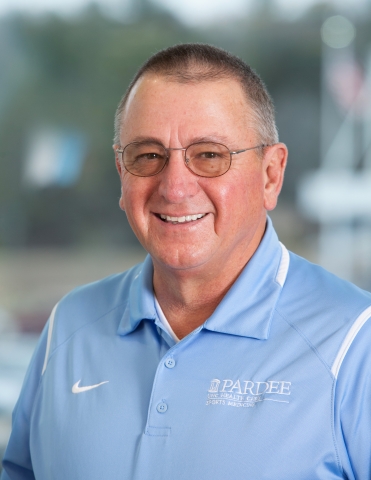 Dwayne Durham serves as the Director of Pardee Sports Medicine and athletic trainer for East Henderson High School. Durham graduated from Asheville Buncombe Technical College with an AAS degree in emergency medical science in 1982, followed by a bachelor’s degree in athletic training from Appalachian State in 1986 and a master’s degree in education and exercise physiology in 1992 from Western Carolina. Durham was the first nationally certified athletic trainer in Western North Carolina at the high school level and began his teaching career at Hendersonville High School in 1986. He established the student athletic training program at the school, beginning basic and advanced sports medicine classes, which are ongoing at the school.

In 1991, he was promoted to the position of sports medicine coordinator for Henderson County Public Schools. Durham joined Clemson Sports Medicine in 1997 directing Hendersonville Sports Medicine, an outpatient clinic providing physical therapy, eventually purchasing the clinic in 2005 and expanding capacity from five employees to 18. Of his 18 employees, four served Henderson County high schools, providing full-time athletic trainer coverage on-site. Durham sold the clinic in 2015 and accepted his current position with Pardee Sports Medicine. He has served on the NCHSAA’s Sports Medicine Advisory Committee (SMAC) and has been a long-time member and president of the North Carolina Athletic Trainers’ Association (NCATA). He was instrumental in the passage of a 1997 state law that began the licensing of athletic trainers in the state, also establishing the NCATA Hall of Fame. 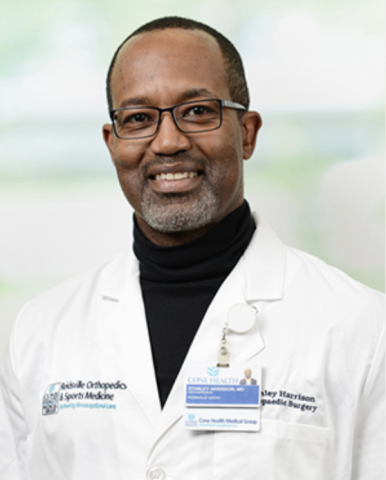 Dr. Stanley Harrison is a general orthopaedist and sports medicine physician serving at Reidsville Orthopaedics and Sports Medicine since 2004. He has been the team physician for Reidsville High School’s football team since 1997 and has been a member of the NCHSAA’s Sports Medicine Advisory Committee since 2010. Dr. Harrison is currently the Director of Physical Medicine and Rehab at Annie Penn Hospital, a role he has served in since 2004.

Dr. Harrison has a distinguished list of awards, including induction in the Matawan Regional High School Hall of Fame in 2004. He won the third-place award for the Philadelphia Orthopaedic Society Fellows Research Award in 1997 and a Community Leadership Award in Matawan, New Jersey in 1995. He served in the second Gulf War at Fort Bragg in 2004, during Operation Iraqi Freedom, earning the United States Army’s Achievement Medal. He was honorably discharged from the US Army Reserve Medical Corps in 2004, having obtained the rank of Major prior to concluding his service.