Out of the regional recipients, one male and one female student-athlete have also been selected as a state scholarship recipient and each receives an additional $1,000 scholarship as state award winners.  This year’s state recipients are Jessie Ssengonzi from Green Hope High School and LaTyra English from Union High School.

The Willie Bradshaw Memorial Endowed Scholarship is in honor of Durham-native, Willie Bradshaw, an NCHSAA Hall of Fame inductee in 1995 and National High School Hall of Fame inductee in 2010. Bradshaw was an outstanding athlete at Hillside High School, playing on the undefeated 1943 football team that went untied and unscored upon. He went on to North Carolina College (now NC Central University) and then on to pitch professionally for several Negro League teams. He became the first African American city or county athletic director when he took over for the Durham City School system until his retirement in 1992. 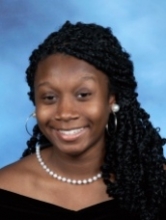 LaTyra English is a two-sport athlete at Union High School. Throughout her tenure at Union she played varsity basketball and track and field receiving all-county and all-conference honors during her junior and senior year. She was also recognized as a Spartan MVP. English’s accomplishments off the field are just as impressive. She was a junior marshal for Union High School commencement, maintained Honor Roll and Principal’s List recognition during each of her four years, and is in the top one percent of her class. She plans to study sports management beginning in the fall of 2020. 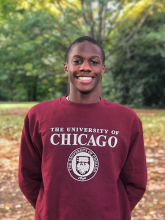 Jesse Ssengonzi is a student at Green Hope High School where he participated in men’s swimming all four years. Ssengonzi has received a number of accolades as a swimmer including setting a school record in the 100 Butterfly and 200 Individual Medley Relay. He was also selected as the recipient of the 2018-2019 NCHSAA 4A Sportsmanship Award. He was also a Central Region Champion two years in a row and named the Triangle-8 Conference Swimmer of the Year. In addition to his dynamic swimming skills, Ssengonzi has a number of leadership positions including co-president of Green Hope Food Ark Club, co-president of Fellowship of Christian Athletes, secretary of the Economics and Finance Club, and the vice president of attendance of the National Honor Society. He also was an extern at CISCO where he coordinated a CISCO STEM event for elementary school students. Ssengonzi plans to pursue a degree in computer and information science. 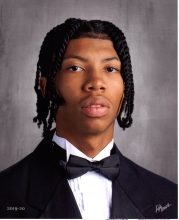 Nathan Bailey played basketball and lacrosse for Atkins High School. As a varsity lacrosse player, he received Most Improved Player his junior year. Off the field, Bailey is a member of Simmons Memorial Foundation, Black Achievers, and Crosby Scholars. He also plays in the Atkins Marching Band where he is a drum captain and received All-County and All-District Honors for Band. Bailey has been on the honor roll his entire four years at Atkins and plans to pursue a degree in architectural engineering. 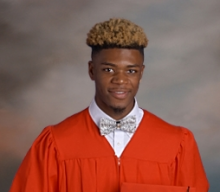 Kenzie Eagleman is a student at Swain County High School where she lettered in softball and volleyball. Eagleman’s athleticism also earned her all-district and all-state recognition in addition to a team MVP award. Kenzie’s other extracurricular activities include membership in the Indigenous Cultures’ Club, History Club, HOSA and volunteering around her community. Her commitment to her community has also led to Eagleman wanting to pursue a degree in psychology. She also plans to pursue graduate studies in either social work or psychiatry.

Chaz Fitzgerald is a student at Pasquotank County High School where he played soccer all four years. Aside from his participation in sports Chaz maintained an A/B average. He is a recipient of the Pasquotank County High School’s Star Panther Award and the Service Learning Award from Eastern AHEC. Fitzgerald is an active member of his church’s youth department and he plans to study aviation science this fall.

Jhasiyana Gilliam is a three-sport athlete at John A. Holmes High School where she plays volleyball, basketball, and softball. Her talents have led her to being recognized as the Offensive MVP in softball during her sophomore and junior year and receiving the JV Coaches’ Award. Aside from her athleticism, Gilliam is an exceptional student, receiving honors such as the Principal’s List and membership into the National Honor Society, National Art Honor Society, and the vice president of the school’s Leo Club. She also volunteers with her church and other local organizations. Jhasiyana plans to study biomedical science.

Alysia Johnson is a track and field and cross country runner at Hillside High School. Johnson is in the top ten percent of her graduating class and is a member of Theta Phi Delta where she participates in a number of community service activities. Outside of her athleticism, Alysia enjoys dancing and singing. Beginning in the fall of 2020, Johnson plans to pursue a degree in kinesiology.

Robert Martin is a two-sport athlete in football and baseball at East Lincoln High School. As a baseball standout, Martin was selected along with five other North Carolina players for the USA Baseball Southeast Region. The team advanced to win gold in 2018 at the USA National Team Identification Series Champion Cup. Off the field, Martin is a member of the National Technical Honor Society, National Beta Club, and the Future Farmers of America. He plans to pursue a degree in biology. 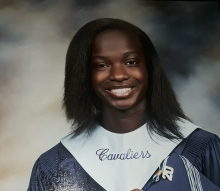 Madison Pompey runs cross country and is a track and field athlete at Westover High School. She competed in both sports her entire four years where she received a number of accolades including being named cross country team captain her junior and senior year, making second-team All-Conference, and being lettered in both sports. Pompey also received notable honors such as the Distance Award and Coaches’ Award for track and field during her sophomore and junior year. She is very active in her church, with membership in the church’s youth group and an active participant in the liturgical dance group. She also volunteers with her church and local civic organizations. She plans to pursue a degree in forensic science.

Joshua Robinson has been a varsity football player for the last three years at Davie High School. He also played on the varsity basketball team and participated in track and field. As a varsity football player, he was the starting running back and defensive end. He was selected All-Conference his junior year. He also volunteers with several local community organizations. Robinson plans to pursue a degree in kinesiology. 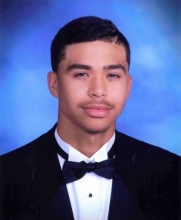 Zachary Scott is a two-sport athlete in basketball and baseball at Purnell Swett High School. As a varsity baseball player, he was selected as a member of the first American Indian National Baseball team and was a member of the 2019 Robeson County Slugfest Champions. Scott has been recognized for his academic accomplishments including the Superintendent Academic Excellence Award and membership in the National Honor Society. Zachary also is the president of the American Indian Student Association and treasurer of the Student Government. He plans to study criminal justice. 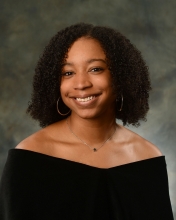 Viasha Tate is a student at Freedom High School. During her tenure at Freedom, Tate played volleyball, basketball, and tennis. Aside from her participation in sports Viasha is a member of the Chamber Choir, the National Honor Society, Anchor Club, and International Club. She also volunteers with local organizations in her community. Tate plans to pursue a degree in nursing.

Alexander Toback attends Cleveland High School where he played soccer and was a member of the varsity wrestling team. As a varsity wrestler, Toback received the All-Conference Award and Academic All-Conference Award two years in a row. He became team captain his senior year. His accomplishments also extend to academics where he has been on the Principal’s List all four years of his career. Toback plans to pursue a degree in business education. 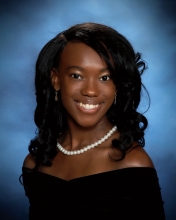 Kylar Wiggins is a three-sport athlete in basketball, soccer, and track at Northern Nash High School. Wiggins has excelled as a student and athlete. She was recognized as the most outstanding player for basketball and made the Big East 3A All-Conference team. Kylar’s achievement in the classroom include being on the A-Honor Roll, receiving the AP Environmental Science medal of achievement, and the NRMPS CTE Academy “Making A Difference” award. She holds membership in the National Honor Society, Rocky Mount Area Youth Council, student government association where she is vice president, and her church’s youth choir. Wiggins also finds time to volunteer at UNC Healthcare at Rocky Mount. She plans to pursue a degree in chemistry. 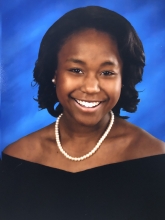 McKayla Williams attends Cox Mill High School where she is a member of the cheerleading and track and field teams. She has participated in both activities her entire four years at Cox Mill receiving a number of accolades including serving as captain of the CMHS varsity cheerleading squad her junior and senior year. She has also been selected as the recipient of the Iron Charger Award and qualified for regionals with the 200m relay team. McKayla’s list of accomplishments includes her leadership roles as a co-founder and co-president of Cox Mill High School’s Chinese Honors Society, co-president of her high school’s chapter of the National Beta Club, president of her local Girl Scout troop, and a member of the Concord Youth Council. Williams was also selected to attend North Carolina Governor’s School in her junior year. Her plans are to study pre-med this fall.