CHAPEL HILL, NC - The Charlie Adams Distinguished Service Award, in honor of the long-time NCHSAA executive director who retired from that post in January of 2010, is presented annually to one individual in each region during the Association’s annual Regional Meetings.

One award is given per region and goes to an individual with at least 10 years of experience in education and athletics who is still active in the field and has regularly gone "above and beyond" the call of duty at both the local and the state level. 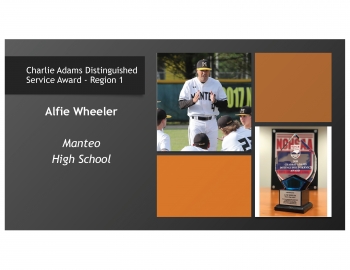 Region 1 – Alfie Wheeler, Manteo High School – Alfie Wheeler is a native of Region 1 and has been a strong advocate and voice for colleagues and member schools in Region 1. A graduate of High Point University, where he played baseball, Wheeler now is the athletic director and baseball coach at his alma mater, Manteo. Wheeler is currently serving as a member of the NCHSAA Realignment Committee. 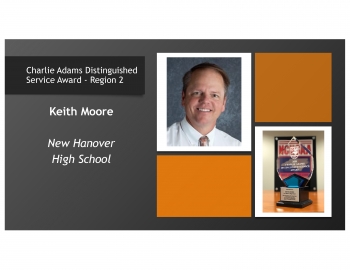 Region 2 – Keith Moore, New Hanover High School – Keith Moore has served in education for more than 30 years and has been an athletic director for more than 20 years. Moore is an NIAAA Certified Master Athletic Administrator and graduate of UNC-Wilmington. He was a long-time baseball coach, leading North Brunswick to the 1996 1A Baseball State Championship. 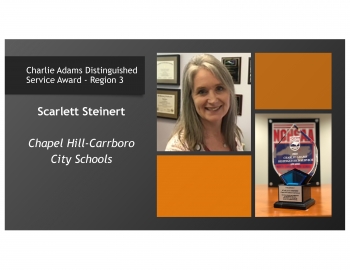 Region 3 – Scarlett Steinert, Chapel Hill-Carrboro City Schools – Steinert has been a tremendous advocate for the health and safety of NCHSAA Student-Athletes. Currently serving as the system athletic director for Chapel Hill-Carrboro City Schools, she recently concluded a four-year term on the NCHSAA Board of Directors, highlighted by spearheading the NCHSAA’s Gender Policy Subcommittee two years ago. She has been integral in progress towards inclusion in NCHSAA policies and serves as the coordinator for the statewide coordinator for the City/County Athletic Directors. 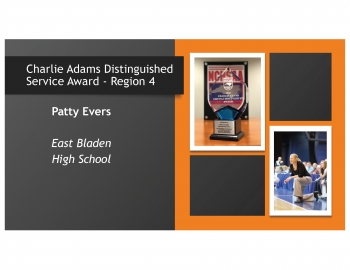 Region 4 – Patty Evers, East Bladen High School – Evers has been a strong supporter of the NCHSAA’s Student Services Program and recently concluded a four-year term on the Board of Directors. A graduate of UNC-Pembroke with both a Bachelor’s and Master’s Degree, Evers has been a successful basketball head coach with over 500 career wins and four trips to the state finals. She has served as the Head Coach of the NCCA East/West all-star game and been named the Toby Webb Coach of the Year (2007) and the Doris Howard Female Coach of the Year (2014) by the NCHSAA. In addition to her duties as an athletic director, Evers has also served as a volleyball official for many years. 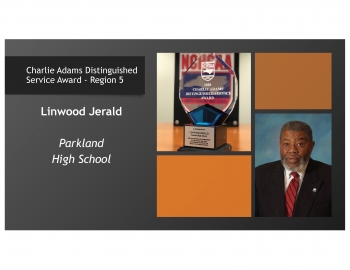 Region 5 – Linwood Jerald, Parkland High School – Jerald has over 47 years of experience in athletics with 25 years as a coach and athletic director. Jerald has served NCHSAA students at Ben L. Smith, Atkins, Grimsley, T.W. Andrews, and Parkland during his long career. Jerald has served as a part of the NCADA’s Strategic Plan Committee and regularly volunteers to serve at NCHSAA events such as the Western Regional Basketball Tournament, Indoor, and Outdoor Track & Field Championships, and the Football Championships. He is a member of the Winston-Salem State University Athletic Hall of Fame and is a National Football Foundation Board Member. 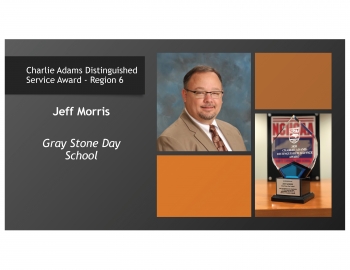 Region 6 – Jeff Morris, Gray Stone Day – Jeff Morris has been involved in education-based athletics for over 25 years as both an administrator and a coach. Morris has built the athletic program at Gray Stone Day from the ground up and is a former president of the North Carolina Athletic Directors Association (NCADA). Morris is a lifetime member of the NIAAA, serving on the accreditation committee and as a part of the LTI program. Morris has served as a conference president for numerous years and recently concluded a four-year term on the NCHSAA Board of Directors, where he represented the NCADA as an affiliate member. 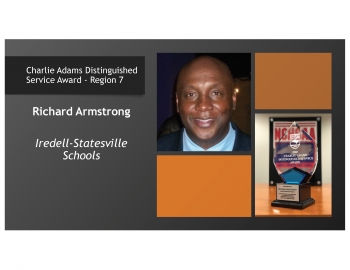 Region 7 – Richard Armstrong, Iredell-Statesville Schools – Armstrong has been in education for over 40 years serving students as a coach, athletic director, principal, and now as Assistant Superintendent for Iredell-Statesville Schools, supervising all athletics in the system. The Lenoir-Rhyne graduate has worked in Newton-Conover Schools and Hickory City Schools as a principal, prior to joining Iredell County. When he was a coach in Alexander County, he was presented an Outstanding Educator Award and used a grant to fund a drop-out prevention program. He has previously served the NCHSAA as a member of a Realignment Committee. 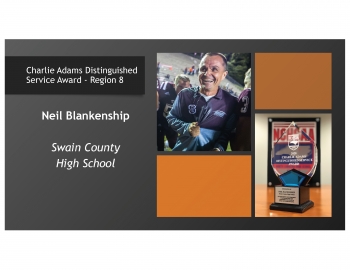