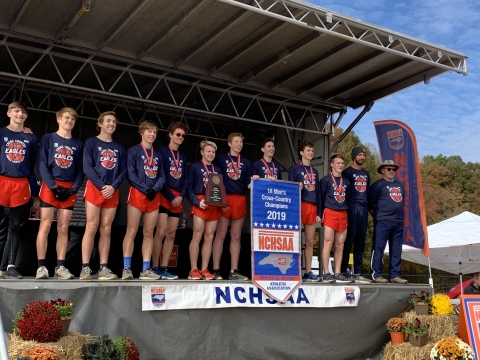 KERNERSVILLE, NC – Franklin Academy’s Aaron Rovnak cruised past the field, posting a time of 16:05.97 in the 1A Men’s Cross Country Championships at Ivey Redmon Park, earning the school’s first individual championship in Men’s Cross Country. Rovnak rolled through the finish nearly 25 seconds clear of second place, as the junior clipped the tape for the victory.

Lincoln Charter sprinted past Bishop McGuinness 42-82, winning the school’s second straight 1A Men’s State Championship in Cross Country. Drew Zink led the way for Lincoln Charter, as he finished second overall in a time of 16:30.27. He was followed to the line by his teammates Cutter Law who finished seventh overall, and Patrick Rice who completed the course in ninth overall. Senior Jonas Guffey and Freshman Matthew Radin rounded out the Lincoln Charter scoring five in 13th and 18th respectively. 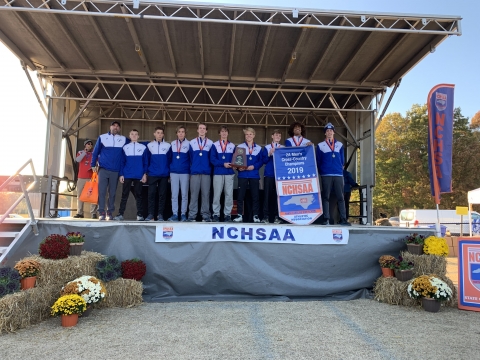 North Lincoln runners also came in eighth and ninth overall, as Jacob Scott and Miles Phillips crossed consecutively in 16:17.53 and 16:19.78, respectively. The Knights then got a 16th overall performance from senior Khari Johnson who finished in 16:29.51. He was followed by teammate Alex Wulfhurst who finished 17th overall in a time of 16:37.16. 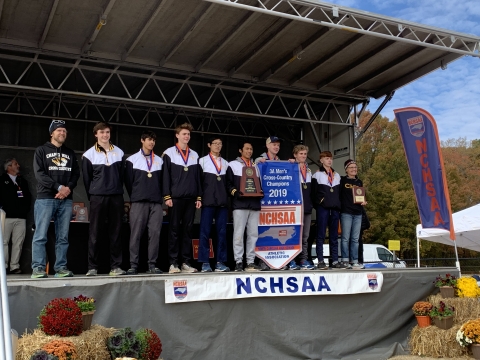 KERNERSVILLE, NC – Watauga’s Avery Cannon became the fifth Pioneer to earn the Individual Men’s Cross Country State Championship as he won the 3A race at Ivey Redmon Park. Cannon clipped the tape in 15:39.00 to win the title, bursting by Weddington’s Jake Toomey who finished second with a time of 15:51.98. 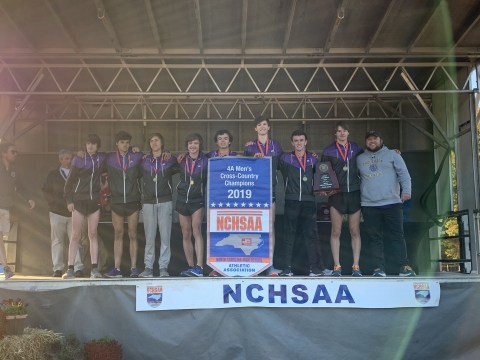 Broughton runners combined to win the school’s eighth Men’s Cross Country State Championship and their first since 2016. The Caps were led by senior John Malach who finished fifth overall in a time of 15:48.66. Fellow senior Jack Rooney crossed in tenth with a time of 15:56.66. Junior Landon Soroka was 17th overall with a time of 16:24.85. Senior Cooper Thompson and freshman Dylan Core crossed consecutively, in 23rd and 24th overall respectively, with times of 16:31.29 and 16:32.57. The five combined for a team total of 68 points and an average time of 16:14.81. That mark was well ahead of second place Cardinal Gibbons who compiled 99 points and an average of 16:17.15.