CHAPEL HILL – The North Carolina High School Athletic Association is pleased to announce the eight-member group of the Hall of Fame Class of 2018. This year’s class is the 32nd class to join the illustrious Hall of Fame dedicated to honoring those who “have done the most for high school athletics in North Carolina” throughout their careers.

This year’s class includes a wide range of involvement in high school athletics from administrators to coaches and an official. The Class of 2018 is: Jim Brett from Tarboro, Marsha Crump from Hickory, Bob Lewis from Clinton, Charles A. McCullough, Sr. from Charlotte who will be inducted posthumously, D. Gordon Patrick from Morehead City, Phillip “Marc” Payne from West Jefferson, Robert “Bobby” Poss from Asheville, and Colon Starrett from Thomasville.

The Induction Ceremony and Banquet will be held on Saturday, April 13, 2019 at the Embassy Suites in Cary. The Banquet and Ceremony is open to the public. Tickets to the event are $50 per person and will go on sale in January of 2019. 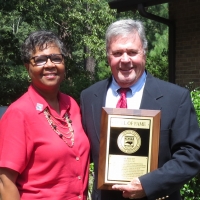 Jim Brett was a successful Head Football and Track Coach over a 38-year coaching career that saw him impact students at Tarboro, West Brunswick, Northern Nash, and West Carteret High Schools. Brett helped shape Tarboro into a football powerhouse, leading the Vikings to the 3A State Championship in 1984 as well as 13 Conference Championships and 15 consecutive playoff appearances. He moved to West Brunswick for a time, winning State Football Championships in 1992 and 1993 in two different classifications. During a short stint at Northern Nash, Brett led Northern to the 4A Eastern Regional Championship in 2002. He served as an Assistant Coach in both the East/West All-Star Game and Shrine Bowl in 1985.

Brett was highly successful as a track coach as well. He coached Tarboro to four State Track and Field Championships, earning titles in 1973, 1974, 1978 and 1979. His Viking Track teams won 12 Conference Championships and five Eastern Regional Championships under his leadership. In 1973, Brett served as the Head Track Coach for the Southeastern U.S. in the Junior Olympics. Later in his career, Brett was an assistant on the Northern Nash track team that earned the 3A State Championship in 2006. 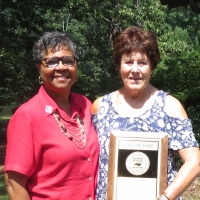 Marsha Crump held the Head Women’s Basketball Coach position at Freedom High School in Morganton from 1970 until 1997 when she retired from coaching. During that time, Crump’s Freedom teams were a perennial force in 4A Women’s Basketball. Her teams posted a combined record of 522-122 during her tenure winning three 4A State Championships. In 1989, Freedom took down Richmond County 66-59 in overtime to earn her first state title. Then in 1994 and 1995, Crump’s Patriots went for back-to-back titles knocking off Terry Sanford and Person respectively. Her teams finished state runner-up twice, once in 1988 and the other in 1993. Crump also coached tennis for a time at Freedom. Her tennis teams claimed Conference Championships each year from 1999 through 2001. She was named Associated Press State Women’s Basketball Coach of the Year in 1995 and has been inducted into the Burke County Sports Hall of Fame. 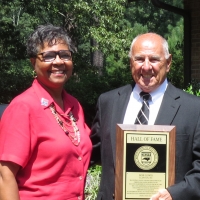 Bob Lewis was a highly successful football coach at five different schools spanning from 1972 until his retirement following the 2017 season. Under the direction of Lewis, his teams compiled a record of 322-146-6. At Clinton, Lewis had his greatest success as the Dark Horses won four of the five NCHSAA State Championships he has to his credit. Lewis’ Clinton teams won Championships in 1990 and 2001 in addition to back-to-back titles in 1996 and 1997. He also earned an NCHSAA State Championship, his first, in 1973 with East Bladen High School. Clinton finished as state runners-up twice with Lewis at the helm, once in 1995 and again 2014 after he returned from a successful stint at NCISAA member Harrells Christian Academy. At Harrells Christian, Lewis saw his teams win the 2005 NCISAA State Title and finish as runner-up in 2007. He is a 49-year member of the North Carolina Coaches Association (NCCA), serving on the organization’s Board of Directors from 1981-1984. In 1999 he was the Head Coach of the Shrine Bowl team. 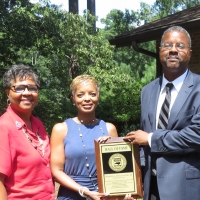 Charles A. McCullough, Sr. spent 33 seasons as the Head Basketball Coach at West Charlotte, his alma mater, where he developed the program into one of the top programs in the state. His teams won more than 575 games including five State Championships and finished runner-up in the state another two times. Under the direction of McCullough, the Lions made 23 appearances in the Western Regionals and won 20 Conference Championships. When Coach McCullough stepped away from West Charlotte, he went on to coach at Livingstone College in the highly competitive CIAA. McCullough passed away last year and will be inducted posthumously. 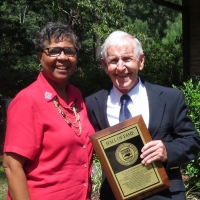 D. Gordon Patrick was the Head Wrestling Coach at West Carteret High School from 1965-1984, building the program into an eastern power. During his tenure, his teams posted a dual record of 201-26-5 including a seven-year stretch with a record of 77-0-3. Patrick’s grapplers won 17 Conference Championships and 7 Sectional Titles. Individuals he coached claimed five individual State Championships and his teams finished in the top 16 at the State Individual Tournament team standings 12 times.

Patrick also served as Head Football Coach at West Carteret for two separate stints lasting a total of seven years. Those teams combined for a record of 43-40-2. He became a middle school principal in 1989 before moving back to West Carteret as the Principal in 1992. Early in his career, Patrick drew praise as he was awarded Carteret County’s “Outstanding Young Educator Award” in 1977. He continued to receive high honors as he was named Carteret County’s “Principal of the Year” in 1992 and 1996. In 2016 he was inducted into the National Wrestling Hall of Fame and was inducted to the West Carteret High School Hall of Fame in 2001. 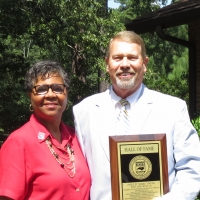 Phillip “Marc” Payne was the Head Basketball Coach at a trio of NCHSAA schools for a combined 37 years. He coached at Beaver Creek, Watauga and Ashe County High Schools, posting an overall coaching record of 574-383. During his tenure his teams claimed 13 Regular Season Conference Titles and seven Conference Tournament Championships. He won five sectional championships and appeared in the Western Regional tournament four times, earning 17 Coach of the Year Awards from various organizations.

Payne was also served as the Athletic Director at Watauga and then Ashe County from 1992 until his retirement in 2018. He was active across the state with the NCHSAA, the NCADA (North Carolina Athletic Directors Association) and the NCCA (North Carolina Coaches Association) serving on the Board of Directors for all three organizations. Payne has served on the NCHSAA Nominating Committee for over a decade in addition to service on the Association’s Scholarship, President’s Advisory and Ad-Hoc Committees. He helped found the NC Basketball Coaches Association in 1998 and was that organization’s first President. In 2011, Payne was honored with the NIAAA Distinguished Service Award, making him one of 11 North Carolinians to receive that prestigious distinction. 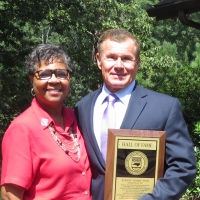 Robert “Bobby” Poss spent 28 years as a Head Football Coach after a Hall of Fame career at Indiana State University. His work took him to four different NCHSAA Member Schools as Poss coached at Apex, Seventy-First, South View and A.C. Reynolds. At the four NCHSAA Member Schools and his first coaching job at Rockville High School in Indiana, Poss posted a career winning percentage of .730 and a record of 241-89-1. He won five NCHSAA 4A State Championships at three different schools. He took Seventy-First to the championship in 1984 and 1986 before pushing South View to a title in 1991. He then moved to Asheville where he brought State Championships to A.C. Reynolds in 1999 and 2002.

Poss has been named a regional or state coach of the year on 11 different occasions by various organizations and media outlets. He has been inducted into three different Hall of Fames in the state: the Fayetteville Sports Club Hall of Fame, the Western North Carolina Sports Hall of Fame and the A.C. Reynolds High School Hall of Fame. He was chosen to be the Head Coach for East in the annual East/West All-Star game in 1988 and for the Shrine Bowl team in 1998. In 2013, Poss was selected as one of the NCHSAA’s “100 Coaches to Remember” during the Association’s Centennial Celebration. He also served as a Fellowship of Christian Athletes High School Huddle Leader throughout his career from 1977-2003. 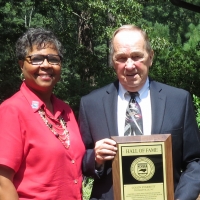 Colon Starrett spent 30 years as a basketball official at the high school and collegiate levels. During his time officiating NCHSAA contests, Starrett was selected to officiate 10 State Championship games. Starrett officiated State Championships in 1971, 1972, 1973, 1974, 1978, 1980, 1981, 1983, 1984 and 1985. In 1980, he was selected to officiate a High School All-Star Game. He served as President of the Triad Basketball Officials Association for 1983-1984. From 1988 until 1992, Starrett served as Supervisor of Evaluation of Officials at the high school and collegiate levels. He was honored with the NCHSAA’s Distinguished Service Award in 1996.