The Moe’s Hometown Hero program offers a platform through which school administrators and personnel, parents, students, and school community members can nominate deserving individuals for special recognition on a monthly basis during the school year. Individuals can be nominated as a Moe’s Hometown Hero for serving as a community role model and making a difference in the lives of the students and school, exhibiting sound citizenship and community service, excelling in academics and athletics  as students, and/or positively impacting their peers. Currently, this new platform is available to a targeted group of NCHSAA member high schools located within the Triangle area. Each recipient receives a commemorative award and a Moe’s Southwest Grill gift card. 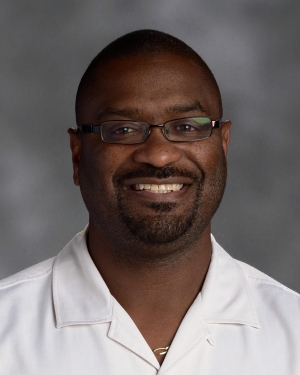 Recipient Charles Johnson serves as a teaching assistant and an assistant athletic director at Heritage High School where he wears many hats. Athletic Director Pat Kennedy says of Johnson, “He tutors kids on his own time. Last year, he helped a senior pass classes that were keeping him from graduating and even took him shopping for graduation clothes and attended his graduation.” Johnson also helps run the Heritage High athletic program and is integral in many school programs. “The students and parents adore his kindness and professionalism,” adds Kennedy. 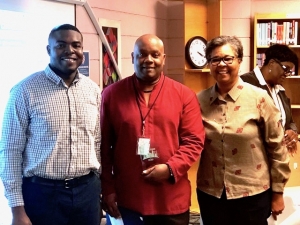 Currently a teacher’s assistant at Chapel Hill High School, Daryl Anderson assists teachers and students in several different classes and often provides the support of a co-teacher. According to Principal Sulura Jackson, “He tutors kids and teaches them Karate on his own time. He is a wonderful mentor and role model to many students and teachers, and all value the opportunity to work with him.  He is a constant source of support, and always has a positive, uplifting outlook.” Anderson is also a 2014 recipient of an award given by the Chapel Hill-Carrboro City Schools Public School Foundation recognizing outstanding support by classified staff in the system. 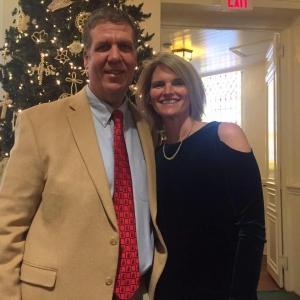 The third recipient of the February 2018 Moe’s Hometown Hero awards is Northern Durham High School’s football coach. Athletic Director Alan “Boo” Rigsbee says, “Coach Hammett not only won the BIG 8 Conference in football and took honors as Coach of the Year, he also transforms his young men both on campus and in the community. He has encouraged his team to volunteer at a food pantry, hand out ‘back to school’ bags at a community function, and cheer on middle school teams. He makes it known that football is not just about developing good players; it’s about developing good men – men who will be good contributors to the community. We are lucky to have John here as a Community Hero!”

"The North Carolina High School Athletic Association, in conjunction with Moe’s Southwest Grill of the Triangle, is proud to honor and recognize Charles Johnson, Daryl Anderson, and John Hammett with the February 2018 Moe’s Hometown Hero awards,” said Que Tucker, commissioner of the NCHSAA. “Each of these winners has demonstrated a willingness to go above and beyond what is expected to positively impact the lives of the students and their respective communities. It is their dedication to their students and communities that truly make them Hometown Heroes."

“We are honored to recognize these outstanding leaders in our communities,” said Jennifer Wade, franchisee and president of the Moe’s Southwest Grill® Triangle Co-op. “We commend them on their continued dedication and leadership to the schools they support. Moe’s is proud to support the Hometown Hero’s program, and we look forward to honoring more recipients throughout the year.”

Moe’s Southwest Grill locations in the Triangle have joined together with the NCHSAA for 2018 as the Official Triangle Fast Casual Restaurant Partner to offer the Moe's Hometown Hero recognition program.