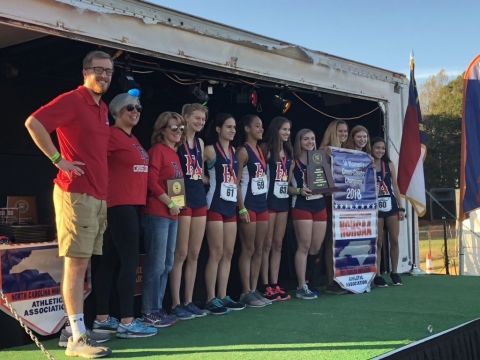 Hemric cruised to the victory, crossing the line in 19:34.34, well ahead of second place Amy Rosie Scott-Benson from Voyager Academy. Scott-Benson finished in 19:50.41. 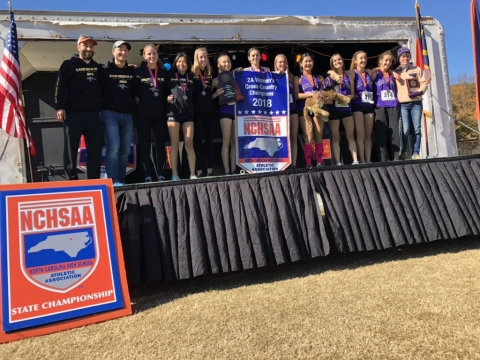 KERNERSVILLE, NC – The Carrboro Jaguars rolled to the 2A Women’s team title as Hannah Preisser led the way for Carrboro by winning the individual race over North Lincoln’s Angie Allen. The victory was the sixth team title for the Jaguars in Women’s Cross Country and Preisser’s win was the seventh time a Carrboro runner has claimed the individual championship.

Preisser finished the course in 18:59.54 cruising by Angie Allen who came in second with a time of 19:09.21. North Lincoln’s Alyssa Galvin was third with her time of 19:23.59. Preisser joins three-time champion Grace Morken, two-time champion Maysa Araba, and Amanda Hickey as the only Jaguar runners to earn a first place finish in women’s cross country. 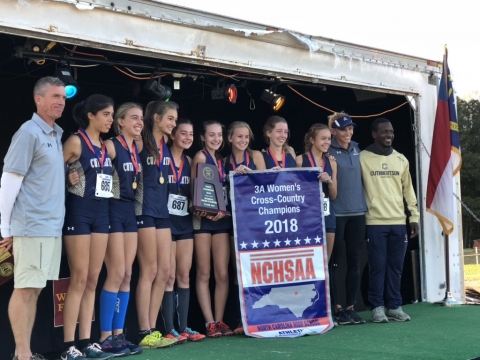 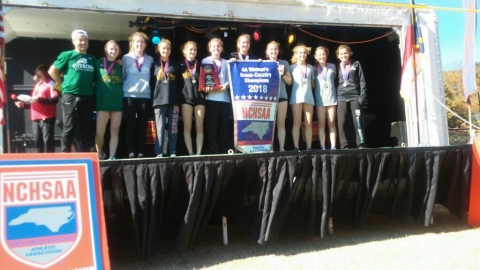 KERNERSVILLE, NC – Cardinal Gibbons women were once again strong, placing three in the top seven finishers to race to a 43-81 victory over second place West Forsyth in the team competition. Carmen Alder won by a comfortable 12 seconds in the Individual Championship, as the Pinecrest sophomore won the school’s first Women’s Cross Country Championship of any kind.

Alder paced the field, posting a time of 17:50.64. Natalie Tyner from Laney finished second with a time of 18:02.68, just three seconds in front of the top finisher from Cardinal Gibbons, Katharine Priu, who finished in 18:05.71. Gibbons runners nabbed sixth and seventh places as well, with Caroline Todd taking sixth in 18:48.39 and Caroline Mullahy right behind her in seventh at 18:48.74.