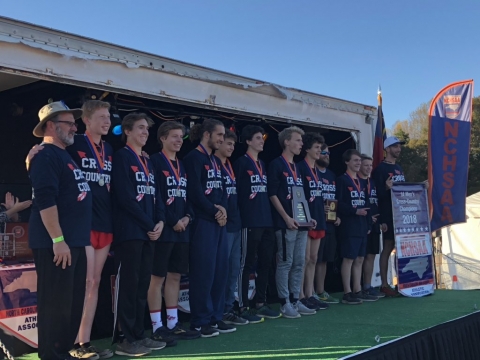 Potter posted a time of 16:28.16 winning Polk County’s second individual state championship in Men’s Cross Country. The first Wolverine to win an individual state title was Neil Waldron who won the 1A title at Tanglewood Park in Clemmons in 2003. 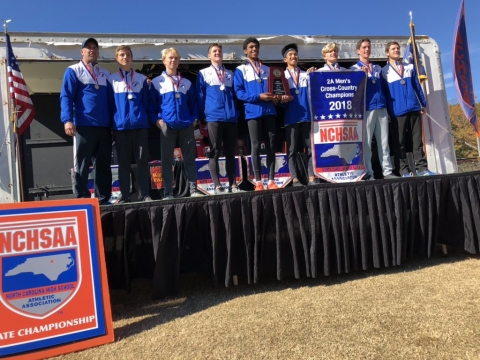 North Lincoln cruised to a 36-74 victory over First Flight in the team race, with an average finish time of 16:29.96. North Lincoln had three runners place in the meet’s top five as Jason Thomson led the way with a second-place time of 16:01.27. Teammate Brian Risse came in third at 16:08.37 just seven seconds back of Thomson, while Johnny Grant paced to a fifth-place 16:15.39. 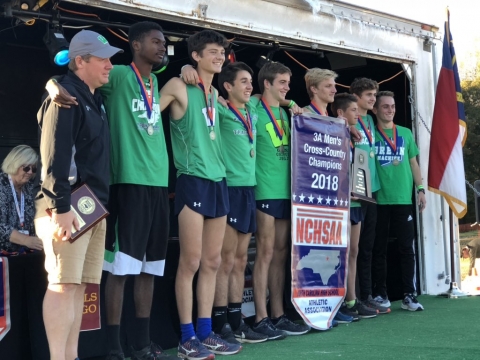 Hotelling was pushed by fellow senior from Union Pines, Ben Verchick, but Hotelling crossed the line first, pulling away late to a time of 15:46.92. Verichick crossed in 15:52.01 with Mount Tabor’s Jacob Gallant close behind in third at 15:53.00.

Weddington outscored second place Chapel Hill 50-126, with three runners finishing in the top 10 of the team race. The Warriors averaged better than 30 seconds faster than Chapel Hill, posting an average time of 16:13.72 to the Tiger’s 16:44.10. Nate Jaster was the fastest Warrior, finishing in fifth in the individual race with a time of 15:54.06. Will Mazur and Kyle Durham from Weddington were in 11thand 12th individually, posting times of 16:13.86 and 16:17.18 respectively. 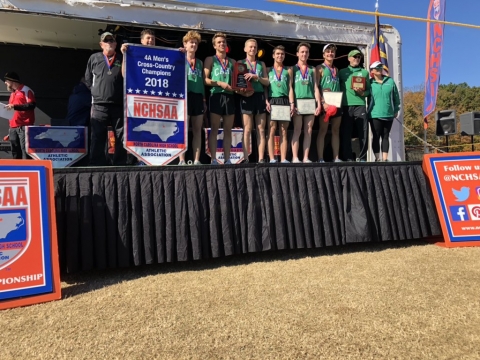 Idhammar outlasted Millbrook’s Nickolas Scudder as the two seniors sprinted to the finish just four seconds apart. Idhammar crossed in 15:45.12 to take the top spot and become the second individual in Cary Men’s Cross Country history to win the individual state championship. Bakri Abushouk was the first individual champion from Cary, winning the title back in 2011 at Beeson Park in Kernersville.

Cary also got top ten finishes from another pair of seniors. Brian Picone finished in fourth overall, posting a time of 15:52.69. Jackson Martin brought home 10thplace for the Imps, churning to a time of 15:58.51.