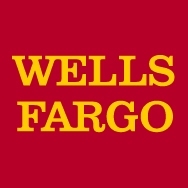 CHAPEL HILL – The North Carolina High School Athletic Association in conjunction with Wells Fargo released the final standings in the 38th annual Wells Fargo Cup competitions for the 2016-17 academic year. The award recognizes the high schools that achieve the best overall interscholastic athletic performance within each of the state’s four competitive classifications.

This year there are two repeat winners in the four respective classifications with Green Hope and Carrboro claiming titles in their class. Marvin Ridge claimed the school’s second State Cup title, their first came in 2013-2014. There was one first time winner amongst the four classifications as Mount Airy won the 1A State Cup for the first time.

Mount Airy did the majority of their damage in the fall and winter seasons, holding a 130-point lead over Lincoln Charter after the two seasons. The Granite Bears were state champions in Men’s Outdoor Track during the spring and Women’s Basketball in the winter. Mount Airy reached the State Dual Team finals in Women’s Tennis and the regional finals in football and Men’s Basketball. They also saw their Men’s Indoor Track team finish second with Women’s Golf claiming a third-place finish amongst 1A schools in the State Tournament.

Carrboro claimed their sixth-straight 2A State Cup. The Jaguars won State Championships in Volleyball and Women’s Soccer. They were also the top 2A school in Women’s Lacrosse. The Wrestling team finished second in the state dual team tournament, with Women’s Swimming posting a third-place finish in the 2A side of the Women’s State Championship Meet. The Jaguars were also regional finalists in Men’s Soccer.

Marvin Ridge posted astronomical numbers on their way to a second-ever State Cup title. The Mavericks earned points (top-eight finishes) in every single Championship offering in the fall season and all but one sport in the spring. Marvin Ridge teams captured the State Championships in Women’s Dual Team Tennis, Men’s Soccer, Men’s and Women’s Swimming and Diving, and Men’s Golf on the year. The Mavericks grabbed a second and third place finish in Men’s and Women’s Outdoor Track and Field, respectively.

Once again Green Hope nabbed the top spot in the 4A Classification, winning at least a share of the title for the eighth year in a row. Their only shared title came in 2014-15 when the Falcons split the cup with Apex. The Falcons did most of their damage in the fall and winter seasons, earning State Championships in Volleyball and Men’s Soccer. The Falcons finished second in Men’s Golf, Women’s Dual Team Tennis, Men’s and Women’s Cross Country, and posted a third-place finish in Men’s Indoor Track.

Points are awarded for all sports as follows: 50 for first, 45 for second, 40 for third, 35 for fourth, 30 for fifth, 25 for sixth, 20 for seventh and 15 for eighth. In the event of a tie, the schools receive and equal number of points based on the number of teams that tie and the number of teams that finish higher in the standings. Five points are awarded for each sanctioned sport in which a school competes.

Wells Fargo Cup standings are announced three times each school year: once after the fall and the winter sports and concluding with the overall winner after the spring sports season ends.