4A Championship: West Forsyth wins a thriller over Cardinal Gibbons 4-3 in overtime 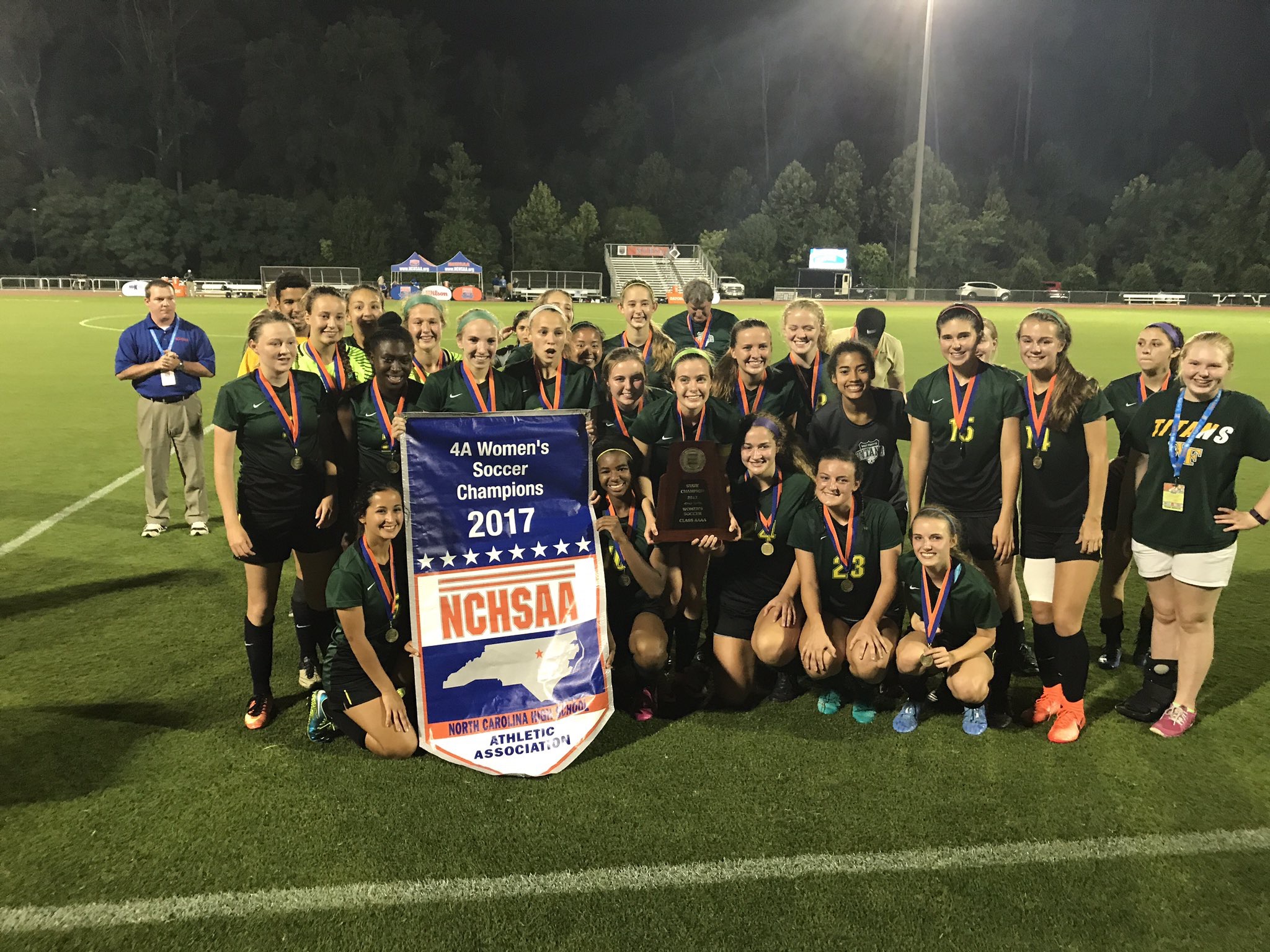 RALEIGH, N.C. – In a fast-paced 4A State Championship game, it was the Titans of West Forsyth that prevailed in overtime 4-3 over Cardinal Gibbons to win the school’s first Women’s Soccer State Championship. Riley Terry unleashed her right foot on a free kick from 35 yards out that found the back of the net in the 98th minute during the second and final overtime period, lifting the Titans to the title. 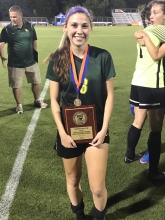 Terry’s free kick came off of a tough challenge from behind by Gibbons defender Montgomery Cooling on Erin Blevins, who went down, drawing the free kick. Terry’s game-winning boot and solid defensive play made her the game’s Most Valuable Player.

Riley Dorman opened the festivities just three minutes into the contest, ripping a rocket into the upper-right corner of the net to give West Forsyth a 1-0 lead. Dorman beat her defender, opening just a sliver of a shot from the edge of the 18-yard box.

Cardinal Gibbons responded in the 14th minute as the Crusaders earned a corner kick. The ball bounced loose in the box until it finally dropped on the left post in front of Julia Lucas. Lucas wrapped her right foot around it, poking it in the net to tie the game at 1.

The Titans responded immediately as Amber Skinner got loose in the deep-left corner, curling a ball to the back post that found the head of Brooklyn Berry. Berry knocked the ball back across goal, finding the net to put the West Forsyth side back in front 2-1 in the 15th minute.

West added another goal in the 36th minute as Erin Blevins rapped home a feed from Bri Hudnall making it 3-1. Gibbons returned fire just before the half as Haley Garrett had two cracks at goal off of a corner kick. The first was saved off the line, but Garrett followed her own shot, chipping it in during the 38th minute to make it 3-2 heading to the half.

Maggie Pierce equalized for Cardinal Gibbons in the 63rd minute, ripping a shot past the Titan goalkeeper, tying the game at 3. The two teams traded opportunities until arriving at the half. Pierce hit the crossbar in the first overtime, but neither team could put anything across until the decisive free kick by Terry.

West Forsyth finished the season 26-1-1, they were 12-0 as the champions of the Central Piedmont 4A conference. The Titans made their first appearance in an NCHSAA Women's Soccer State Championship game after winning the Western Regional Championship for the first time in school history.