1A Championship: Franklin Academy storms back from three goals down to take out Community School of Davidson in penalty kick shootout 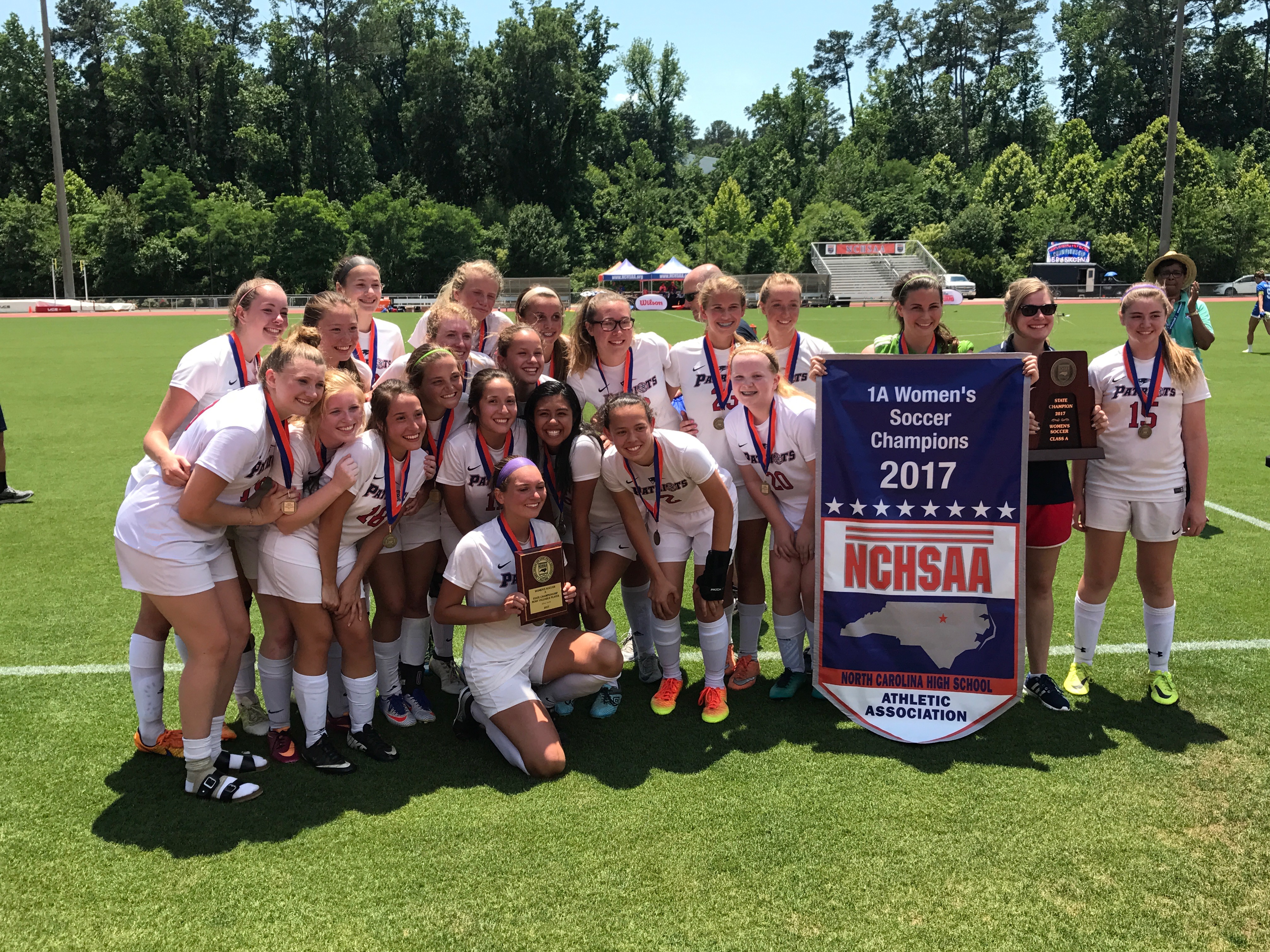 RALEIGH, N.C. – Franklin Academy stormed back from a three-goal deficit midway through the second half to force overtime and eventually win the school’s first Women’s Soccer State Championship in a penalty kick shootout over Community School of Davidson.

Community School of Davidson had their way in the first half, scoring three goals in quick succession at the 30-minute mark of the opening half. Lissi Gordon opened the scoring, burying a penalty kick off of a handball in the box in the 30th minute. Just three minutes later, Gordon took a free kick from 35 yards out on the sideline and dropped the ball in just shy of the far post where Kaitlyn Russell chested it home to give the Spartans a 2-0 lead. Gordon added her second of the day at the 36-minute mark, and the Spartans took a 3-0 lead to the halftime locker room.

After a slow start to the second half, Franklin Academy found their footing in the 59’th minute when Kennedy Capps headed home a perfectly crossed corner kick from Kate Sollom to trim the deficit to two goals. Anna Krussow made it 3-2 with another Patriots goal just three minutes later, and the Patriots crowd came to life.

With under a minute to play, still trailing 3-2, Franklin Academy began applying some late pressure trying desperately to equalize. The Patriots drew a yellow card on the Spartans and a free kick from about 25 yards out as the clock trickled down to 30 seconds to play. Krussow sent in a ball targeting the upper-left corner of the goal, it was caught and then dropped by Community School of Davidson goal keeper Tori Hancock. The ball pinballed around in the box, loose for several seconds before Patriot sophomore Chloe Armitage chipped it home to tie in the closing seconds. 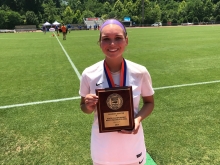 The two sides played scoreless through two ten-minute overtime frames and an additional two five-minute “Golden Goal” overtimes before finally reaching a penalty kick shootout. In round five of the shootout, Franklin Academy’s Kennedy Capps drilled a ball into the upper left corner to give the Patriots a 4-3 lead and put all the pressure on the Spartans Hunter Cashion to score to extend the shootout into a sixth round. Cashion clanged the shot off the upper-left crossbar and out, giving Franklin Academy a 4-3 win in penalty kicks.

Franklin Academy’s Krussow was named the game’s Most Valuable Player for her solid midfield play and goal in the come-from-behind effort by the Patriots. Franklin Academy finished the season 23-2, 14-0 in the North Central Athletic 1A where they were the champions. The Patriots avenged a 5-1 loss to Community School of Davidson in last year’s 1A Women’s Soccer Final with the victory.