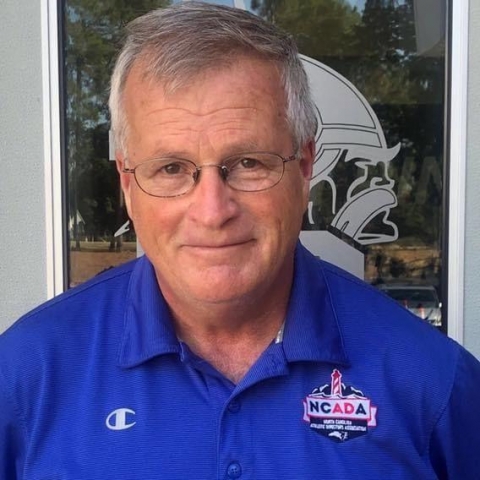 A long-time teacher, coach and athletic director, Bobby Purvis has passed away after a battle with cancer. He served students for 42 years, spending most of that career at Union Pines High School. He began his coaching career in the 1980s serving as head men’s and women’s basketball coach as well as head track and field coach while assisting in football and baseball. His teams collected 17 championships in track and field and 17 championships in basketball with more than 400 wins.

Purvis was the Region 4 women’s basketball coach for the North Carolina State Games in 1988 and was chosen as a head men’s coach for the East/West All-Star game in 2007. He has been named “Coach of the Year” 16 times in track and basketball combined while serving as conference president for three different conferences. He was selected as the Region 4 “Athletic Director of the Year” in 2016 and is a member of the Union Pines High School Hall of Fame. Coach Purvis was most recently awarded the Charlie Adams Distinguished Service Award in 2019 for Region 4.

Friends are welcome to provide condolences to the family from noon to 5:00 p.m. at Smith and Buckner Funeral Home in Siler City on Wednesday, May 20, 2020, or other times at the home of Nikki Murchison (105 Deer Ridge Road, Siler City). A funeral will be held in Smith and Buckner Funeral Home Chapel on Thursday, May 21 with burial to follow at Oakwood Cemetery in Siler City. The family requests that in lieu of flowers, memorials be made to the Bobby W. Purvis Scholarship Fund, Union Pines High School, Attention: Kim Thompson, 1981 Union Church Road, Cameron, NC 28326.