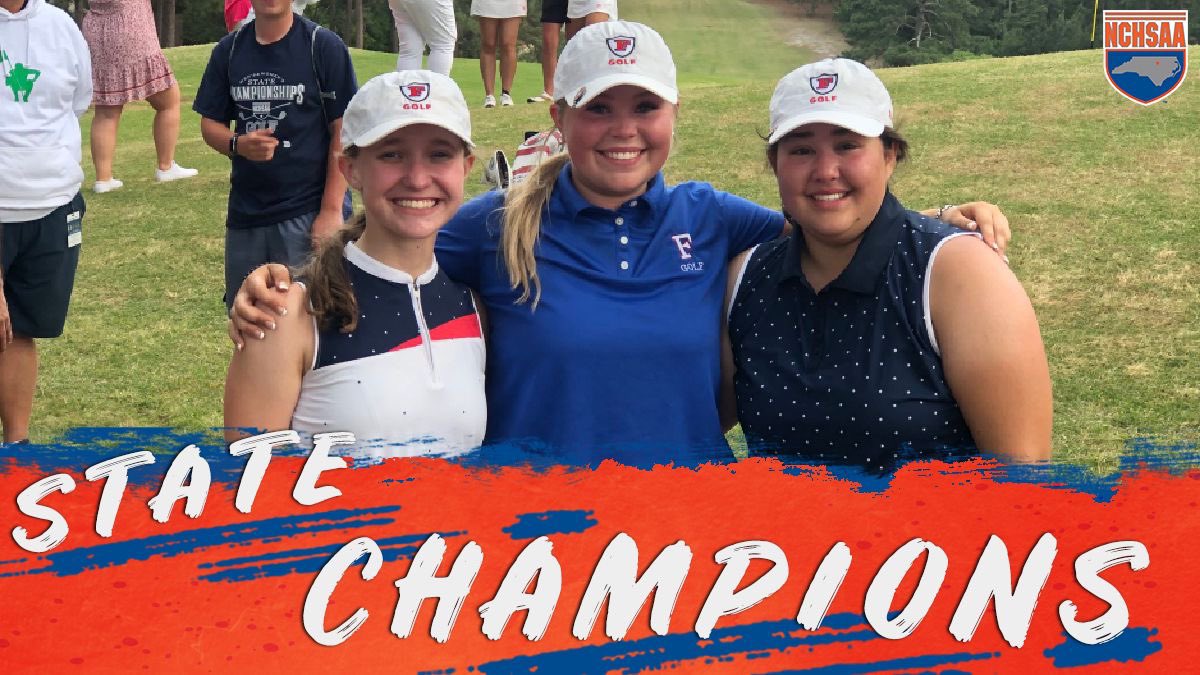 Matthews was spectacular for her 18 holes, carding a pair of eagles in her round. She eagled the par 4 3rd, holing out in two on the 356-yard hole. Then on the 462-yard par 5 16th, she got home in three, matching the eagle from the front nine.

She struggled a bit on the par 3’s, playing each of the four on the course in 1-over. However, her bogey on each hole was significantly better than the field average on each of the holes. The performance was a dominant one, besting the field by eight shots.

Freedom golfers had a wonderful afternoon as well, bringing home the State Championship hardware for the first time. The Patriots finished a comfortable 18 shots clear of second-place Cox Mill. Albany Bock and Anna Czarkowski led the way for the Patriot golfers, both firing a 12-over 84 and finishing in a four-way tie for third. Christina Fisher rounded out the scoring for Freedom, coming in at 23-over 95 and in a tie for 24th.