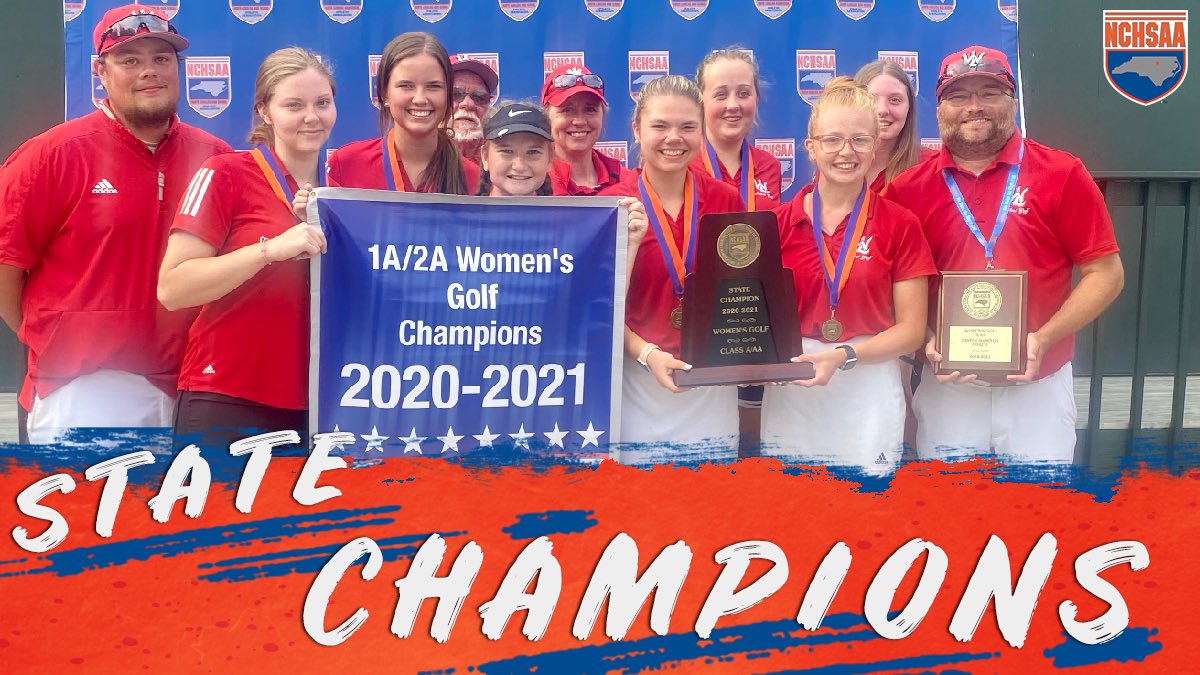 PINEHURST, NC - Katherine Schuster was not denied her fourth NCHSAA Individual State Women’s Golf Championship, collecting the trophy for the fourth straight year thanks to a 2-under 70 at Pinehurst No. 8 in the 1A/2A Women’s Golf State Championship. The First Flight star was simply brilliant, firing the only under par round in the field on her way to a six-shot win.

Things started out somewhat shaky for the three-time defending Champion. She double-bogeyed the opening hole and added another bogey on the fourth. However, she turned things around on the par 3 5th, collecting her first birdie of the day on the 138-yard hole. She carded three more in a row to finish the front nine in 1-under 35. 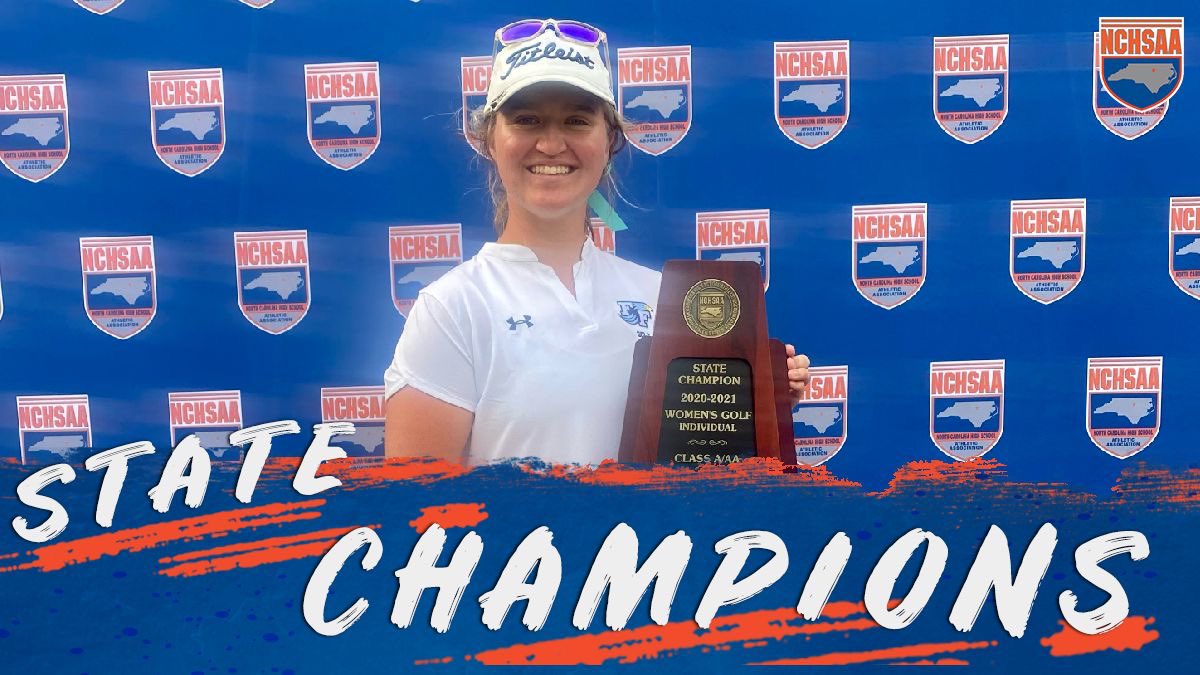 Her momentum continued on the 11th and 12th, birdieing both holes to get to 3-under for the round before giving one shot back on the par 3 13th. Schuester added another birdie and one more bogey to her card, closing out her high school career with another State Championship, joining former Athens Drive star Jennifer Chang as the only woman to win four Individual State Golf Championships.

West Lincoln held off Pine Lake Prep by a ten-shot margin to win their first Women’s Golf team title thanks to consistent play from their top three. Leah Matney led West Lincoln with a 13-over 85, good enough for a tie for 18th. Her teammates Reese Coltrane and Laycee Hoffman finished right on her heels at 14-over 86 and in a four-way tie for 20th.

Pine Lake Prep had a great showing from Caroline Johnson, who finished second overall at 4-over 76. She led her team to a second-place finish. Caroline Thomas and Alexa Moyer were the other two scoring players for the Pride at 91 and 100, respectively.