2020-2021 4A MEN'S GOLF CHAMPIONSHIP: Pinecrest sweeps behind Van Paris’ even round

PINEHURST, NC - The Pinecrest Patriots wrapped up another outstanding Men’s Golf season, bringing home team and individual hardware in the 2021 4A Men’s Golf State Championship at Pinehurst No. 2. Patriots’ golfer Jackson Van Paris was equal to the challenge of Donald Ross’ signature masterpiece, firing an even-par 72 to win the individual tournament by one stroke over Hampton Roberts and William Webb. 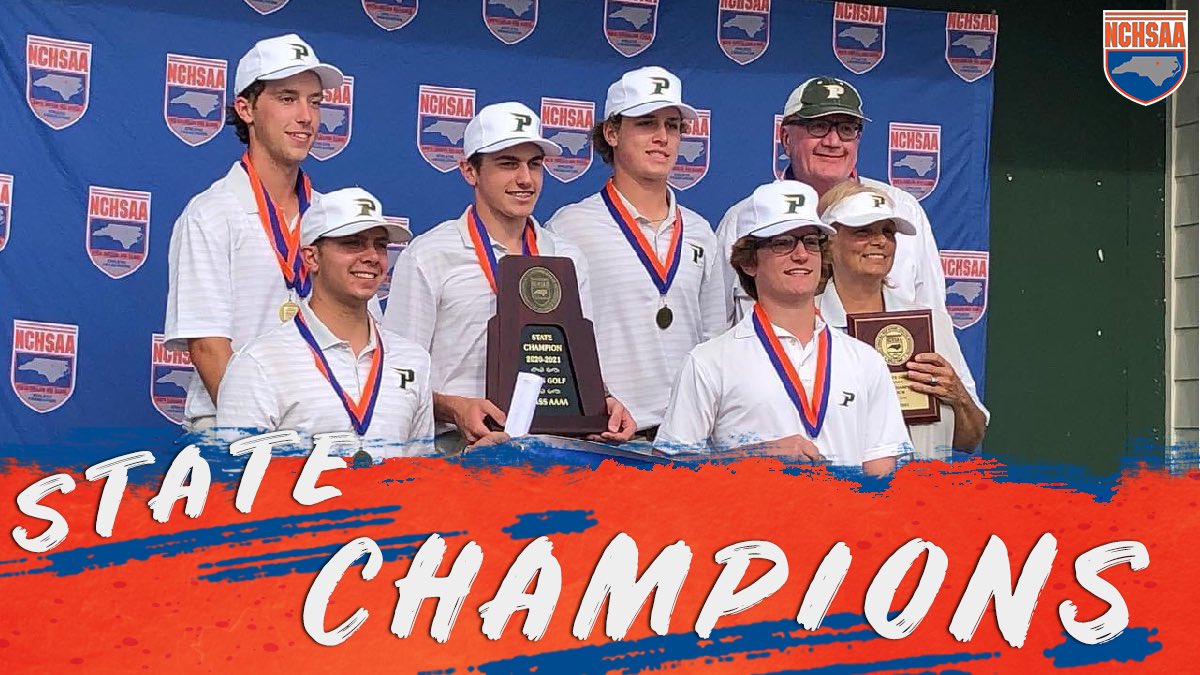 Broughton’s Webb came to the final hole with a one-shot lead, playing 1-under through 17. However, a double-bogey on the home hole dropped the Capitals star to 1-over and into a tie with Hampton Roberts as leaders in the clubhouse.

A birdie on the par 5 sixteenth set the stage for the final two holes, moving Van Paris to 1-under in the final group of the day. He gave a shot back to the field on the 185-yard par 3 seventeenth, drawing near to the clubhouse leaders and demanding a par or better on the final hole to seal the victory. Van Paris got home in four on the 415-yard par 4, despite the field averaging 5.04 on the hole during the competition. Van Paris became the fifth individual from Pinecrest to win the Individual State Tournament on the Men’s side, and the fourth in the last six tournaments.

The Patriots also cemented their sixth team title thanks to solid rounds from all four team contributors. Caden Bertagnole finished tied for 18th at 8-over, 80. Teammate Jackson Bode was one shot to the better at 7-over, 79 in a tie for 10th. Colin Dutton was tied for 6th at 5-over, 77 while Van Paris’ even round gave the Patriots an 11-shot win over R.J. Reynolds. The Demons were led by Robert Gafaell who wrapped up his season with a 3-over, 75.