FOXFIRE VILLAGE, NC - Union Academy’s Caleb Surratt cruised to the individual title with a 3-under 69 on Foxfire Resort & Golf Club’s Red Fox Layout, winning the 1A Men’s Golf Individual State Championship. It was the team championship that provided the drama as Community School of Davidson (CSD) needed a one-hole playoff to down East Surry and win the Spartans their third straight 1A Men’s Golf Team Championship. 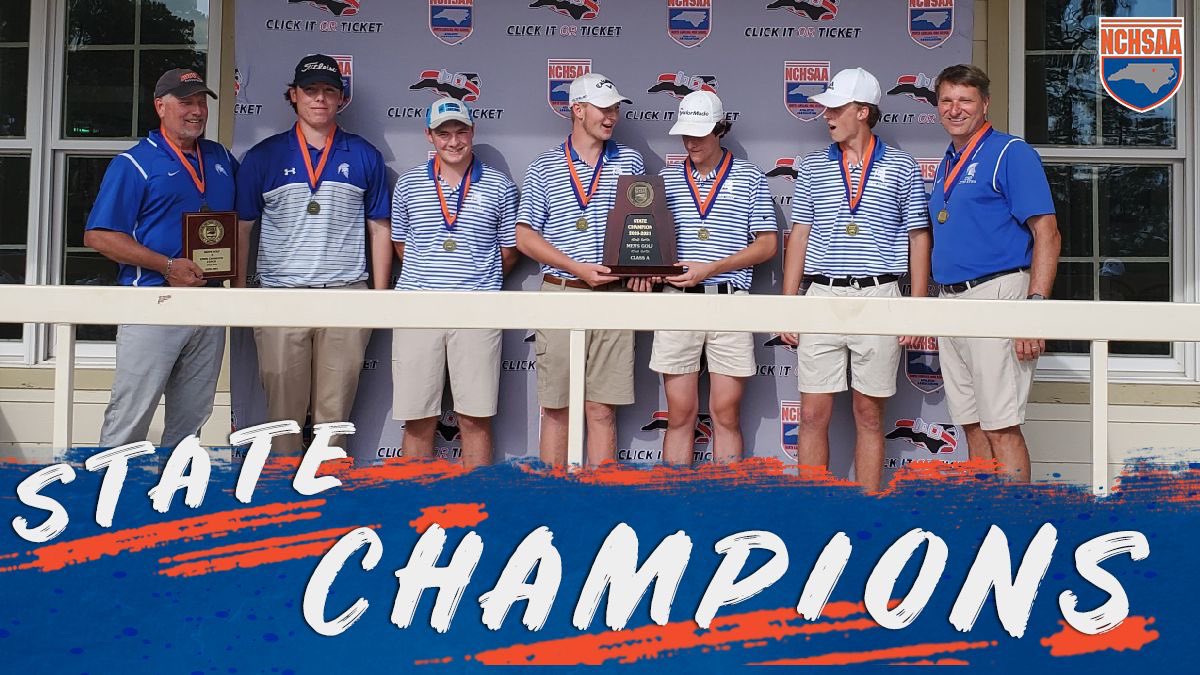 East Surry and CSD finished the 18-hole round trip tied at 29-over and 317, sending the two teams out on the par 4 1st hole for a team playoff. CSD’s top four golfers combined for a 15 on the 365-yard hole, while the Cardinals group posted a 17, dropping them to second for the team standings.

Jackson Maze led the CSD team, finishing 3-over, 75 for the tournament, in a four-way tie for 7th. He was helped by teammate Connor Maddox who posted 5-over, 77 on his way to a tie for 12th. The scoring four for the Spartans was rounded out by Tolliver rivers and Rafe Davison who finished 11 & 10-over respectively.

East Surry’s Bradly Davis paced the Cardinals, firing a 1-over, 73.  His teammate Chase Harris backed him up with a 3-over, 75, and tied for 7th.