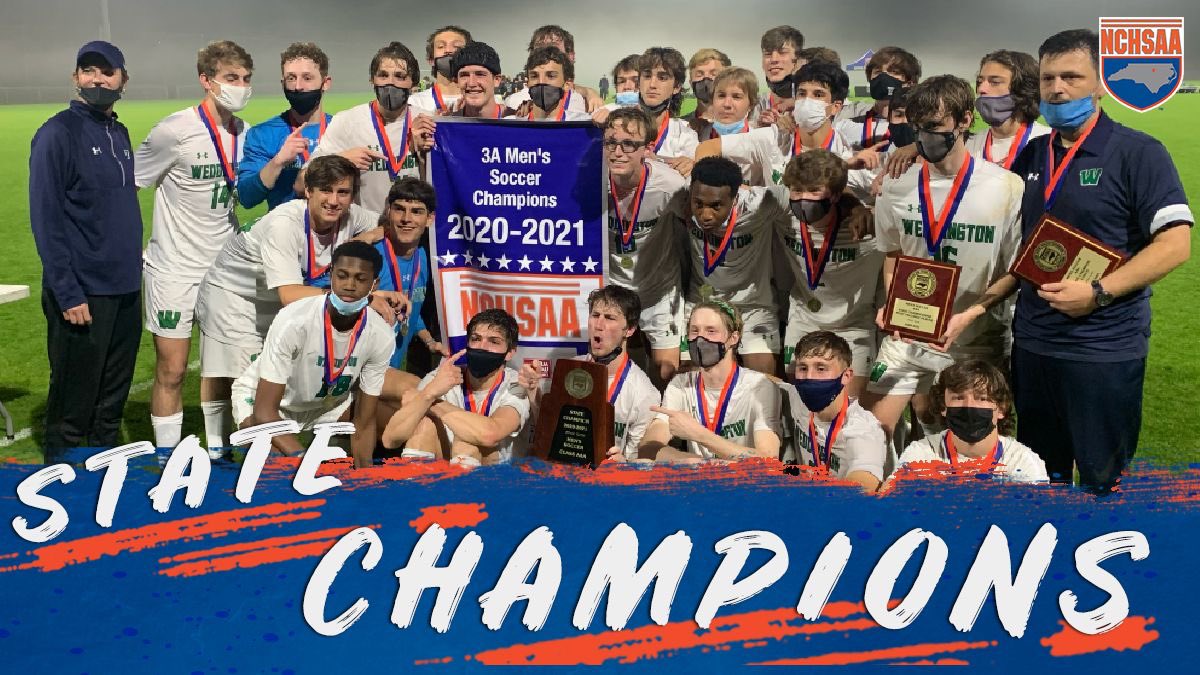 CARY, NC – Weddington got an early goal in the game, but a resilient New Hanover supplied an equalizer in the second half to send the game to overtime. It was nearly déjà vu in the overtime sessions, as the Warriors struck just 18 seconds into the first overtime and had to hold off a furious challenge from the Wildcats in the second overtime to claim the school’s second Men’s Soccer State Championship 2-1.

Weddington’s early pressure paid off in the 37’ as a ball bounced loose in the box off a save by the Wildcat keeper. Tucker Robinson pounced on the loose ball and knocked it home to put Weddington up 1-0.

New Hanover responded in the second half on a foray into the box in the 58’. Chase Schardt worked his way into the right side of the box, turning and finding a streaking Aidan Payne who made no mistake finding the back of the net to equalize 1-1.

In the first overtime, it took just 18 seconds for Jacob Wells to stick in a loose ball on another follow-up chance off a Wildcat save. Wells’ marker gave Weddington a 2-1 lead and turned out to be the game-winner, earning Wells 3A State Championship Most Valuable Player honors. 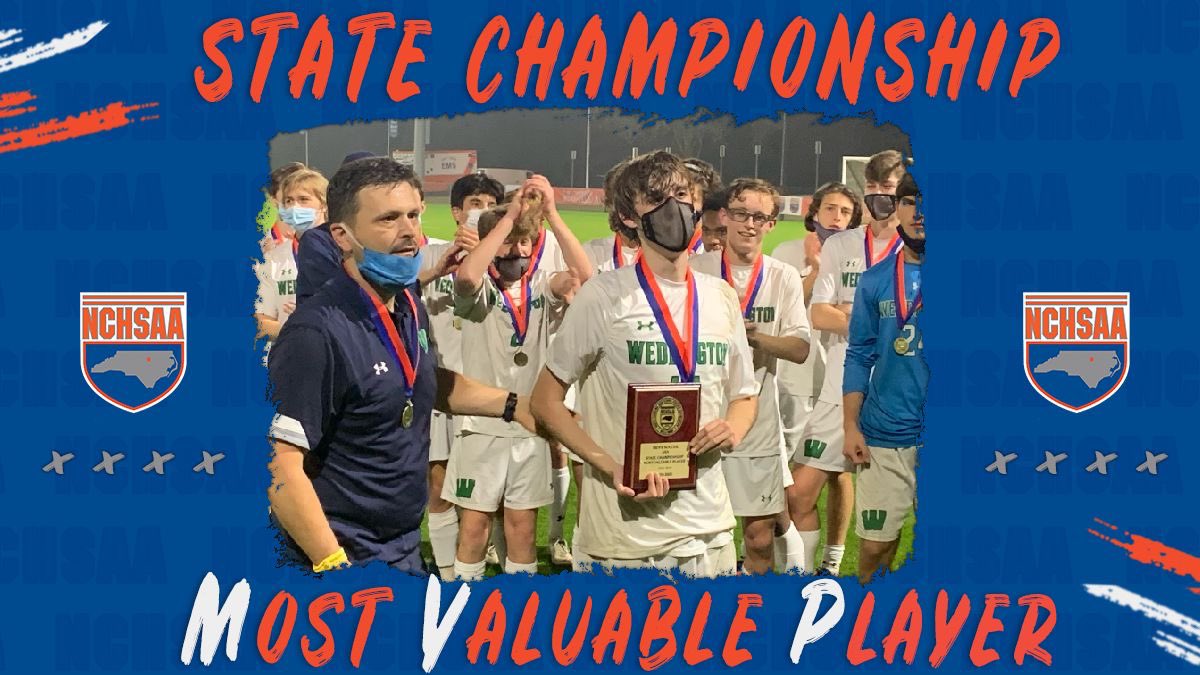 New Hanover charged forward numerous times in the second overtime, rushing three quality chances toward the Warrior goal in the final three minutes of play. No Wildcat chance was as quality as senior Seiden Baldwin’s dance through the left side of the Warrior defense into the penalty area, switching over to his right foot and working to near the penalty spot where he fired a curling shot that just sailed high of the upper right corner of the netting, spoiling a potential second New Hanover equalizer.

Weddington wrapped up the year 16-1-1 with an 11-1-1 record in the Southern Carolina 3A where they claimed the conference title. The Warriors won the Western Regional Championship for the second time in program history, returning to the State Finals for the first time since 2015. They earned the school’s second Men’s Soccer State Championship. 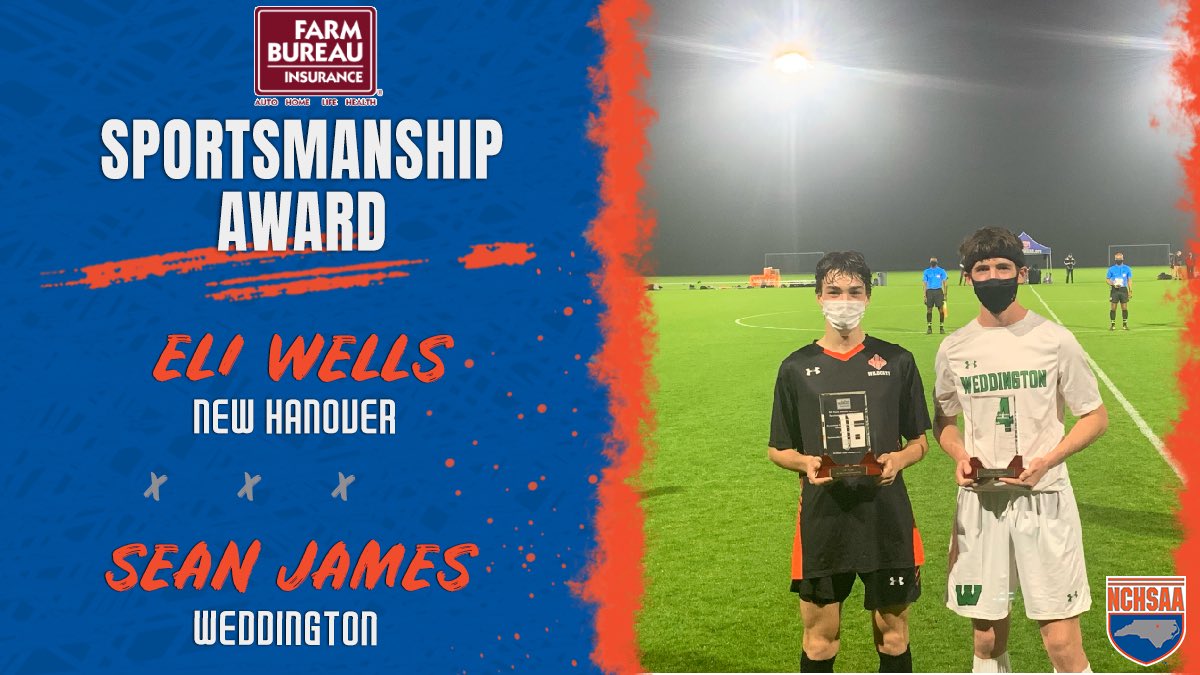 The NCHSAA is committed to highlighting and promoting outstanding sportsmanship. The Association has partnered with NC Farm Bureau to recognize one individual from each participating team in an NCHSAA State Championship who has demonstrated exemplary sportsmanship throughout the year. This year’s winners of the NC Farm Bureau Sportsmanship Awards for the 4A Men’s Soccer Championship are Sean James from Weddington and Eli Wells from New Hanover.