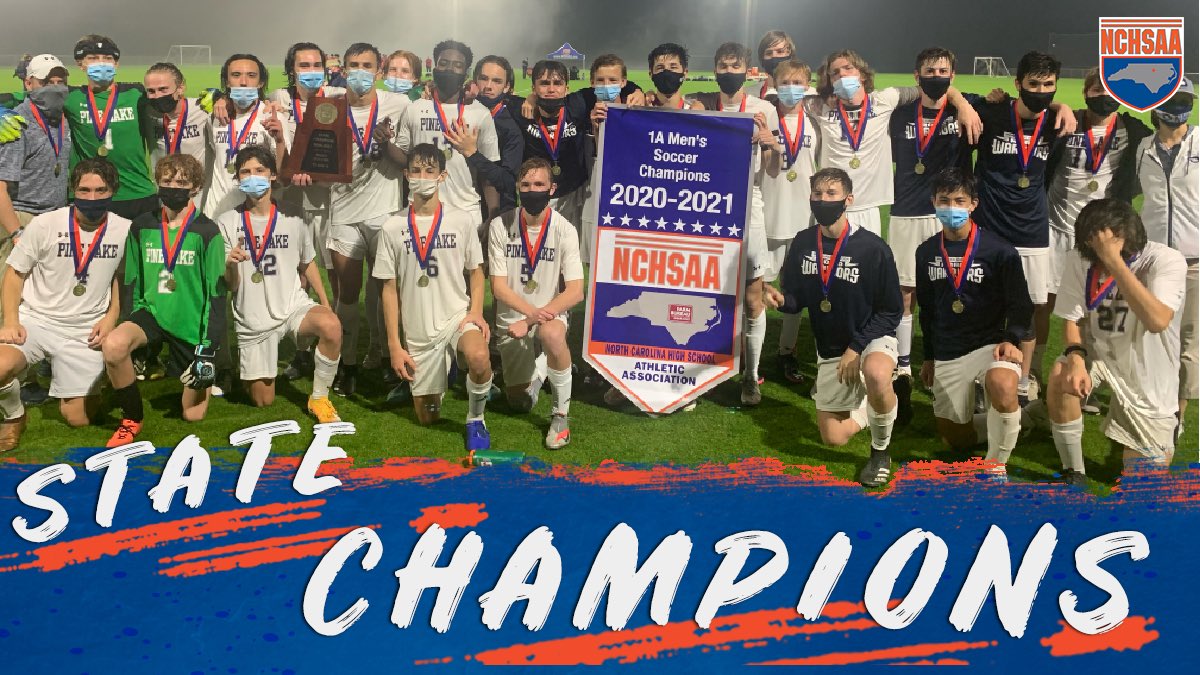 CARY, NC – Pine Lake Prep secured their first Men’s Soccer State Championship knocking off Franklin Academy 3-1 in an overtime thriller, delayed some two and a half hours by inclement weather. Pine Lake Prep’s Jayden Deku provided the game’s opening goal, getting another to break the 1-1 tie in overtime, on his way to being named the game’s Most Valuable Player.

Deku opened the scoring in the 25’ with a follow-up chance off of a shot by Griffin Nixdorf that was saved by the Patriot keeper. Franklin Academy chipped away, finally breaking through in the 73’ when Noah Smith knocked one in on a feed from last year’s 1A MVP Max Bademian. 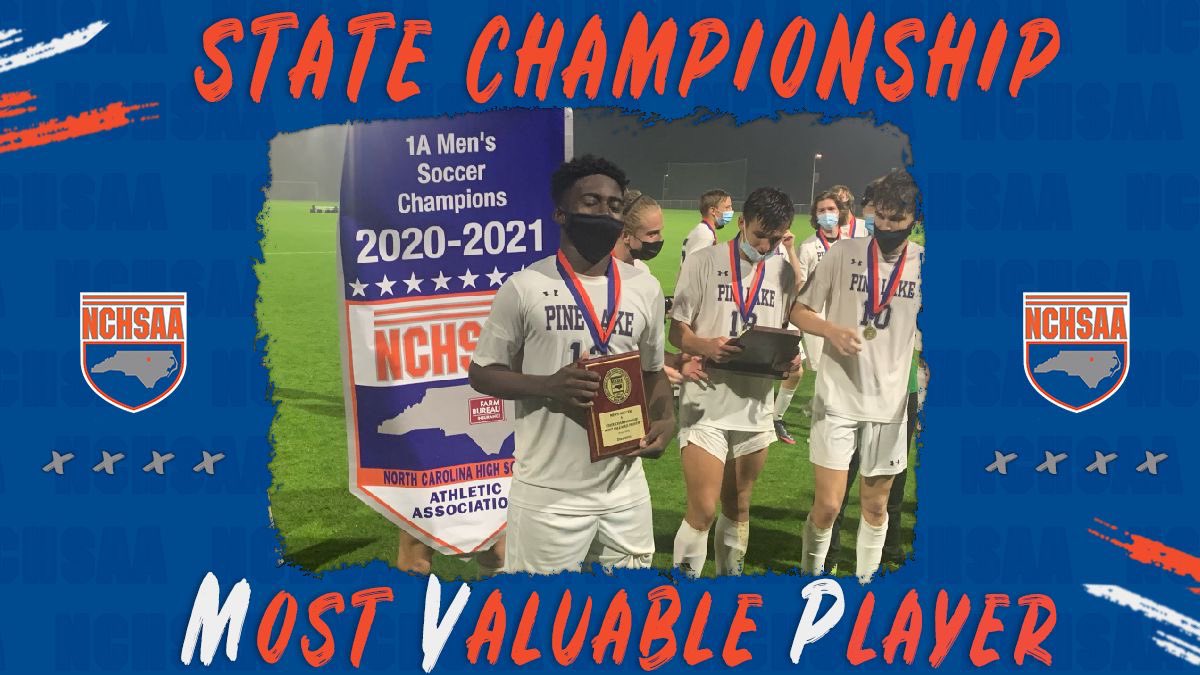 The two teams made it through regulation time level at 1-1 before inclement weather halted the proceedings. When play resumed, neither team was able to breakthrough in the initial 10-minute overtime period. In the final overtime, Deku was on the receiving end of a feed from Andrew Kuechler who had cleverly pulled down a cross into the box. Deku slipped his foot on the ball to put the Pride up 2-1 in the 91’. Nixdorf got in on the scoring, racing on a breakaway from midfield in the 98’, beating the Patriot keeper to put the game away.

Franklin Academy finished the season 14-3-0, the Patriots were 10-2-0 as the champions of the North Central 1A. The Patriots won their fourth Eastern Regional Championship and made a second straight appearance in the State Championship Match.

Pine Lake Prep wrapped up the year 14-2-1. The Pride were the champions of the PAC 7 1A with a 9-2-1 mark in league play. Pine Lake Prep won the Western Regional Championship for the first time in school history, making the program’s first State Finals appearance. 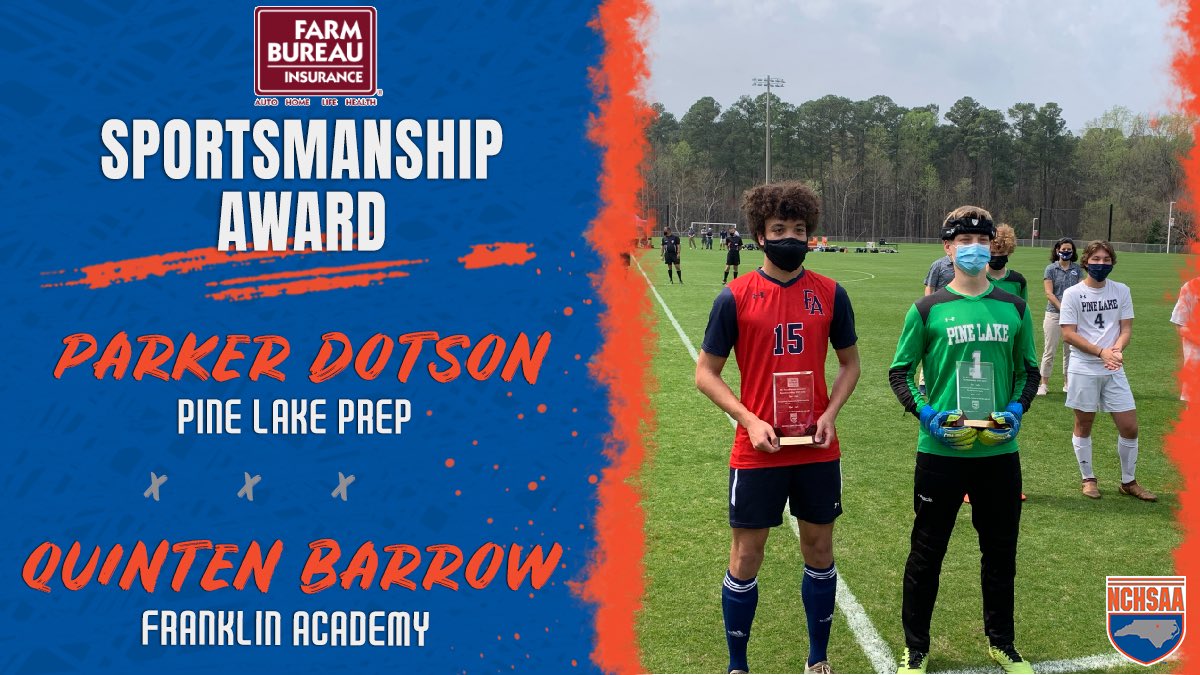 The NCHSAA is committed to highlighting and promoting outstanding sportsmanship. The Association has partnered with NC Farm Bureau to recognize one individual from each participating team in an NCHSAA State Championship who has demonstrated exemplary sportsmanship throughout the year. This year’s winners of the NC Farm Bureau Sportsmanship Awards for the 4A Men’s Soccer Championship are Quinten Barrow from Franklin Academy and Parker Dotson from Pine Lake Prep.