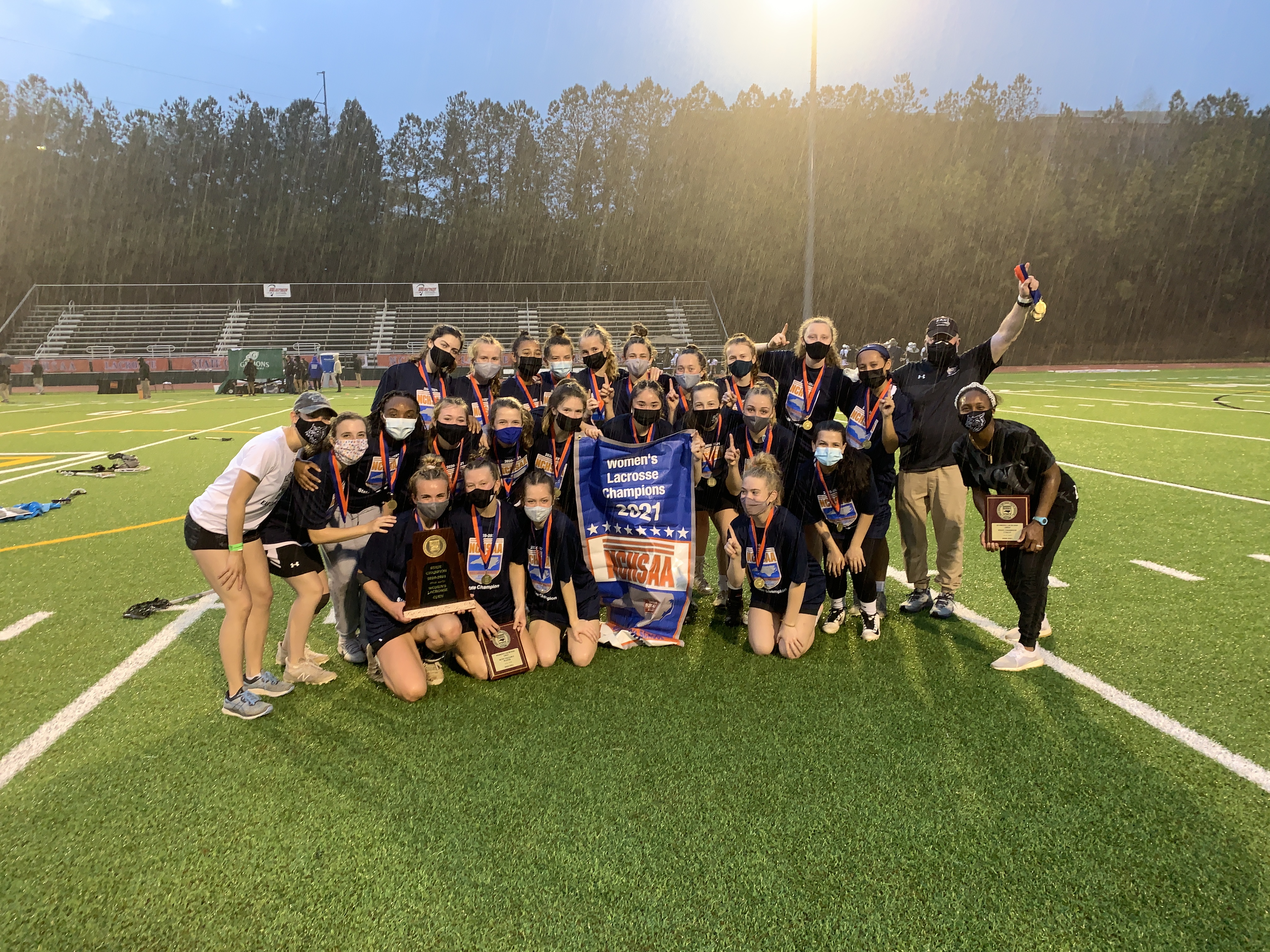 RALEIGH, NC – East Chapel Hill got off to a fast start, netting three goals in the opening eight minutes of play to build an early lead and push on to a 14-8 win over Weddington in the 2021 Women’s Lacrosse State Championship Game. The Wildcats got five goals from Riley Ellis and four from Talia Zuco to grab the program’s second State Championship.

In addition to her four goals, Zuco was dominant on draws, helping the Wildcats maintain possession after their scores and earning her the game’s Most Valuable Player award. Along with Ellis’ five goals, the Wildcats got a nice three-goal, two-assist performance from senior Sophie Halus.

After the Warriors got the scoring started as Elektra Koulouris found the back of the net off a feed from Ava Myers three minutes into the contest. That was the only lead the Warriors held in the game. East Chapel Hill scored the next three and six of the next seven goals on their way to a 6-2 lead and cruised from there.

The two teams traded early second-half goals before Weddington’s Jordyn Case netted a goal off a free position shot with 15:22 to go in the game. With weather entering the area, the game was suspended for just over two and a half hours with the Wildcats up 12-6. Case finished with a pair of goals and a pair of assists, leading the Warrior efforts.

After the weather delay, each team tacked on a pair of goals, but East Chapel Hill managed to hold possession in their attacking end, forcing the Warrior defenders to chase as the clock dwindled.

East Chapel Hill finished the season 16-2, earning the conference title in Conference 4 with a perfect 11-0 record. The Wildcats won the program’s second Eastern Regional Championship and second State Championship, returning to the State Finals for the first time since beating Charlotte Catholic in 2015.

The NCHSAA is committed to highlighting and promoting outstanding sportsmanship. The Association has partnered with NC Farm Bureau to recognize one individual from each participating team in an NCHSAA State Championship who has demonstrated exemplary sportsmanship throughout the year. This year’s winners of the NC Farm Bureau Sportsmanship Awards for the Women’s Lacrosse Championship are Mia Farley from Weddington and Riley Akos from East Chapel Hill.