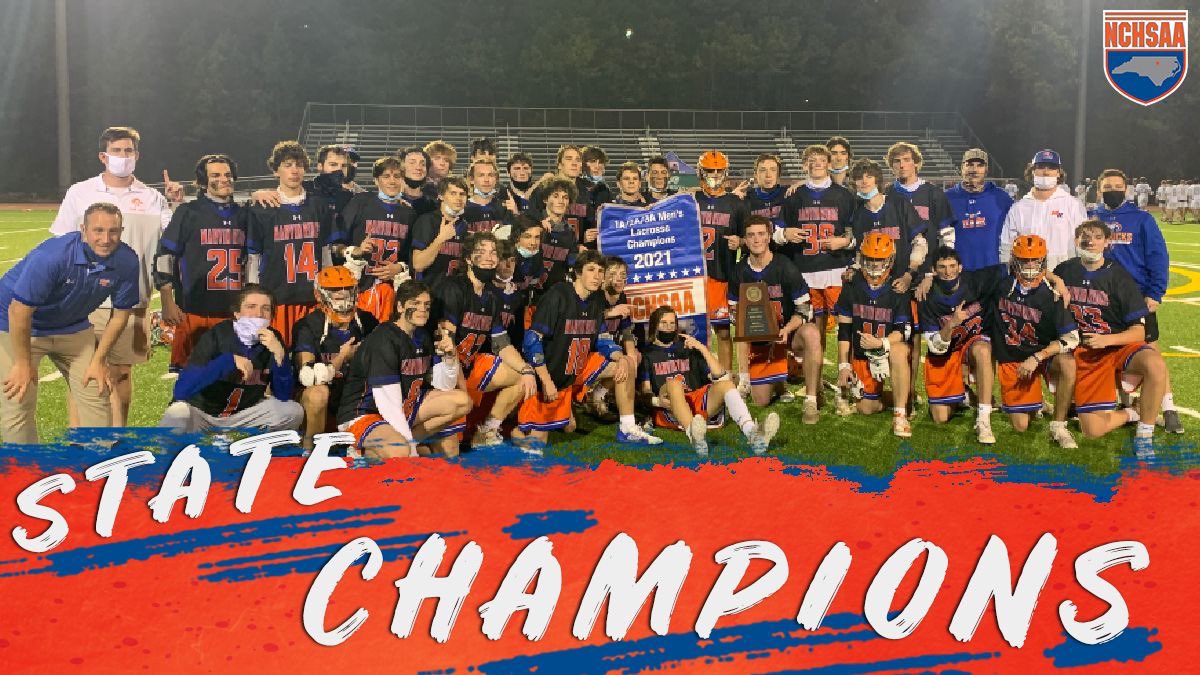 RALEIGH, NC – Marvin Ridge sprinted out to a three-goal lead in the first three minutes of the game thanks to a hat trick by Emmett Houlihan to open the scoring. The Mavericks added three more in the opening frame and held East Chapel Hill at arms’ length the rest of the game on their way to a 14-6 victory and the school’s second State Championship in Men’s Lacrosse.

Houlihan and Reid Smith stole the show for the Mavericks, each scoring three goals and dishing an assist in the opening half. Houlihan was selected as the match’s Most Valuable Player, finishing with six goals and two assists in the game. 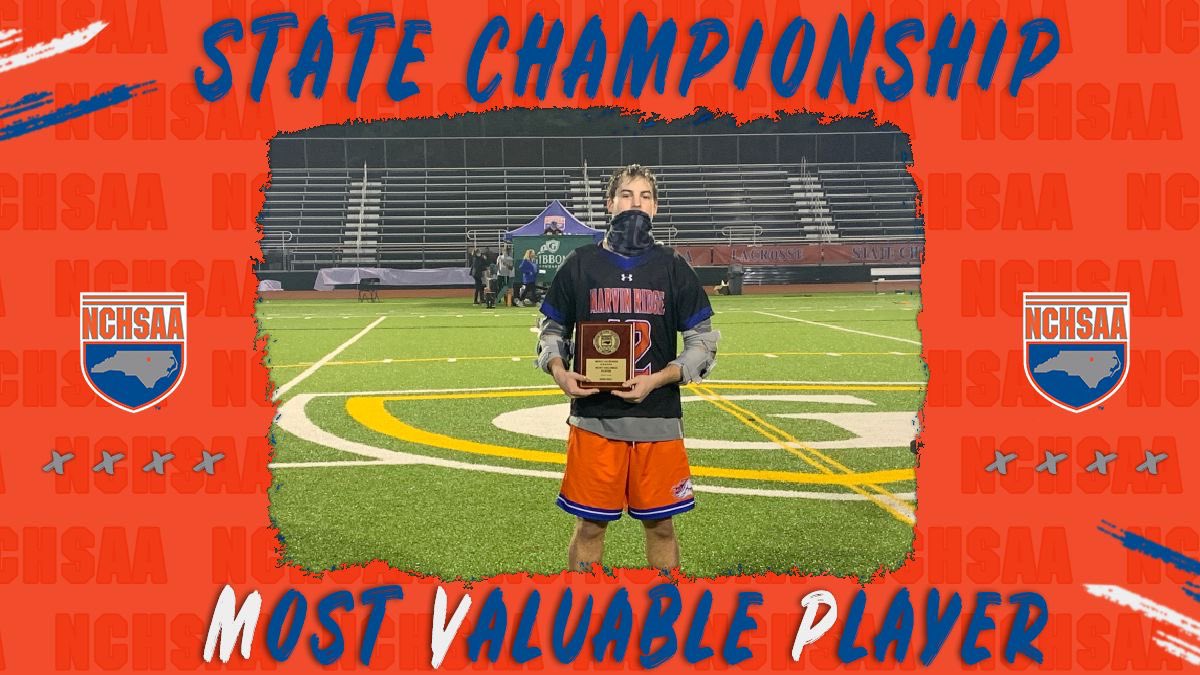 East Chapel Hill made a run in the second quarter on the back of Alec Levy to get back in the contest. Levy scored a pair of unassisted markers in the quarter and slipped a nifty feed to Nicholas Castro to get the Wildcats on the board and pull them within four at the half.

The Wildcats tacked on the first goal of the second half when Seiji Stanford slipped one past the Maverick keeper at the 5:39 mark of the third to make it 7-4. But Marvin Ridge answered with four straight goals to close the quarter and carry a comfortable 11-4 lead into the final frame.

East Chapel Hill finished the season 10-5. The Wildcats were 3-1 in Conference 10 league play, winning the conference title. The Wildcats won the Eastern Regional Championship for the third time in program history and returned to the State Championship Game for the first time since 2018.

The Mavericks finished their year with a 15-3 record, 7-1 in Conference 17 play, winning the league championship. Marvin Ridge won the Western Regional Championship for the second time in program history, claiming the second State Title in Men’s Lacrosse for the school. Their previous title came in 2016 when they defeated Carrboro 16-3 in the 1A/2A/3A Championship. 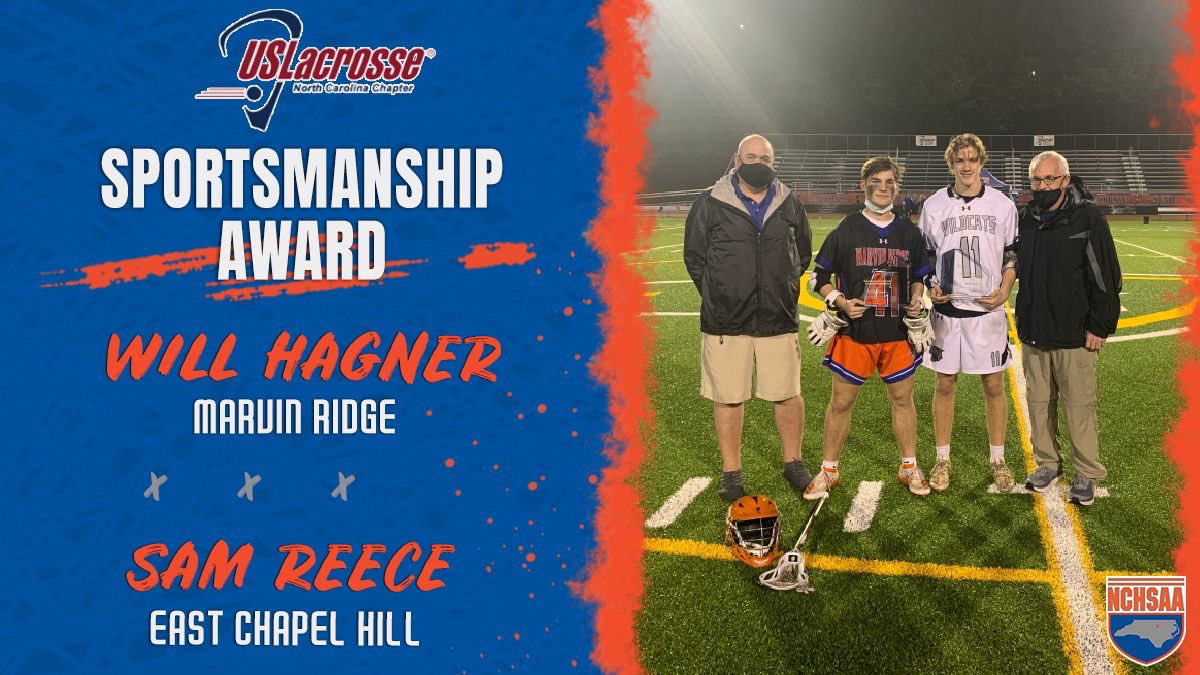 The NCHSAA is committed to highlighting and promoting outstanding sportsmanship. The Association has partnered with NC Farm Bureau to recognize one individual from each participating team in an NCHSAA State Championship who has demonstrated exemplary sportsmanship throughout the year. This year’s winners of the NC Farm Bureau Sportsmanship Awards for the 1A/2A/3A Men’s Lacrosse Championship are Will Hagner from Marvin Ridge and Sam Reece from East Chapel Hill.