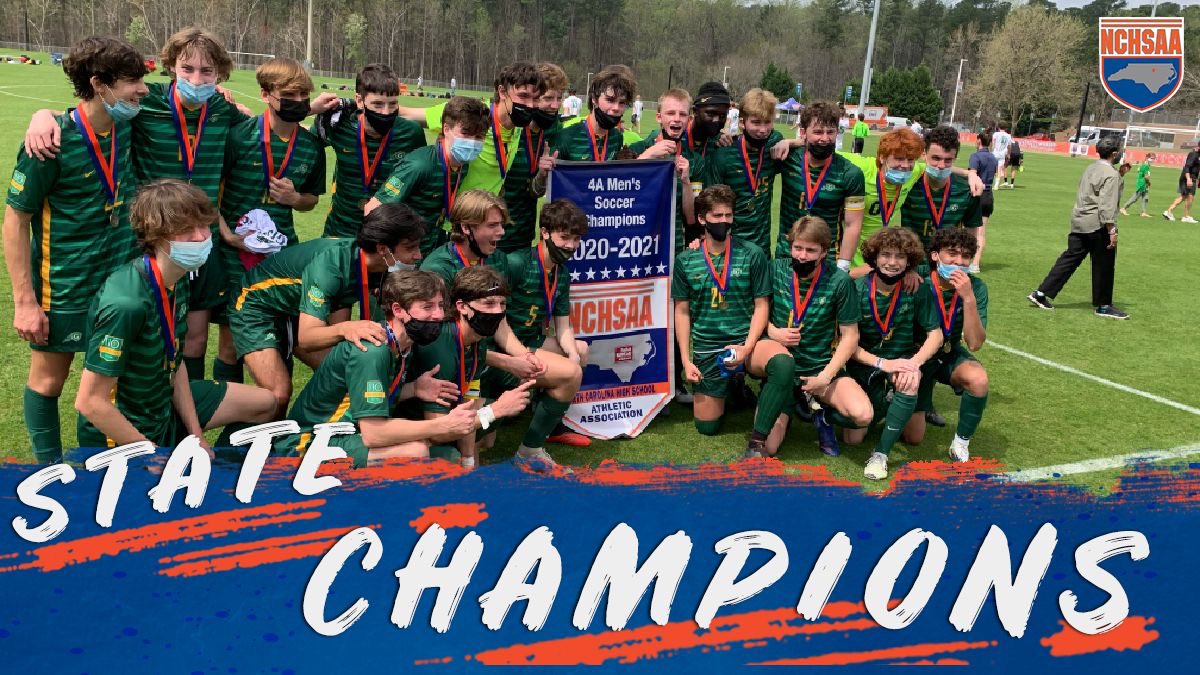 CARY, NC – Cardinal Gibbons broke through in the 45’ of the 4A State Championship Match against Myers Park. The Crusaders got on the board first thanks to a beautiful give-and-go passing play between Luke Lillis and Alec Perez, with Lillis slotting the ball by the Mustang keeper on a slick feed from Perez pushing the Crusaders in front for good 1-0.

Lillis was named the 4A State Championship Most Valuable Player in the game, holding the game-deciding goal and playing solidly in the offensive end all game for the Crusaders. Cardinal Gibbons held the ball well for the first half, frustrating a high-powered Myers Park attack that was not able to generate more than a handful of quality scoring opportunities.

Gibbons added to their advantage just two minutes after their opening goal when Brendan Peeples worked loose just outside the area and blasted the ball into the back of the net for a 2-0 lead. The Crusaders closed the books on any hope of a comeback in the 75’, capitalizing on a handball in the penalty area when Dean Mercer beat the Myers Park keeper to the lower-left corner on a penalty kick to go up 3-0. 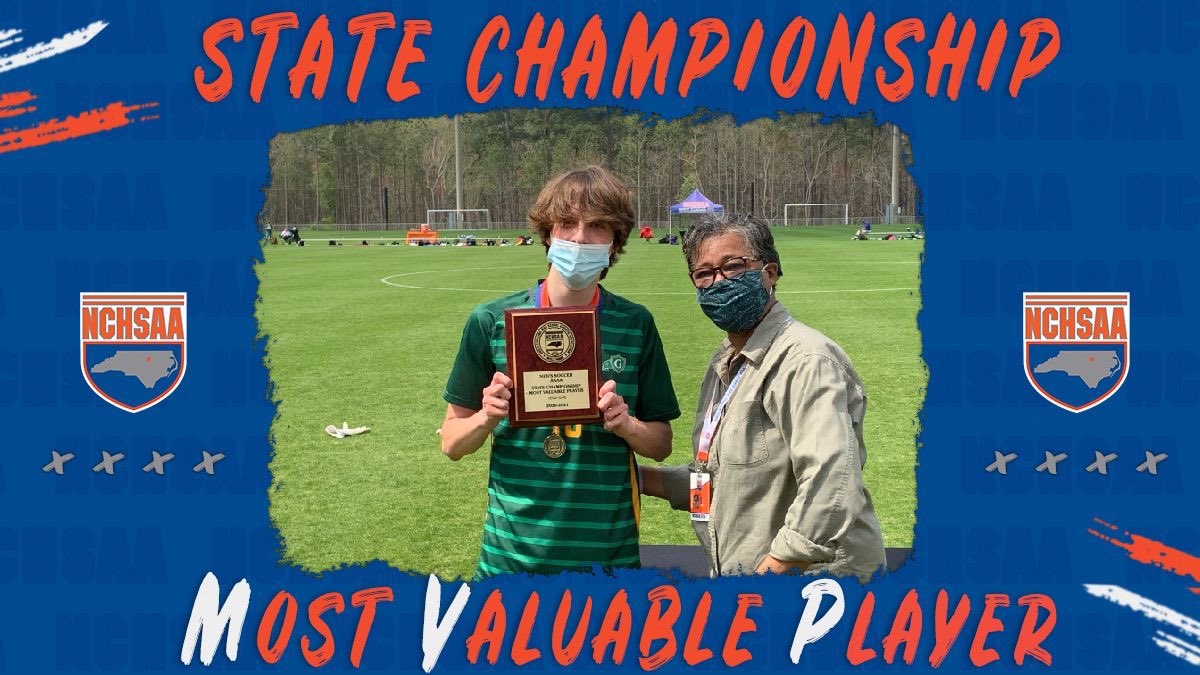 Myers Park concluded their campaign 12-1-1, winning the So Meck 7 4A conference with a league record of 7-0-1. The Mustangs won the Western Regional Championship for the eighth time in program history.

Cardinal Gibbons finished the season 14-2-1, winning the CAP 7 4A with a 9-2-1 record. The Crusaders won the Eastern Regional Final for the ninth time in program history capturing their seventh State Championship. The win makes Crusaders Head Coach, Tim Healy, the first Men’s Soccer Coach in NCHSAA history to win multiple State Championships in three different classifications, having won a pair of 2A and 4A titles to go with his three 3A crowns. 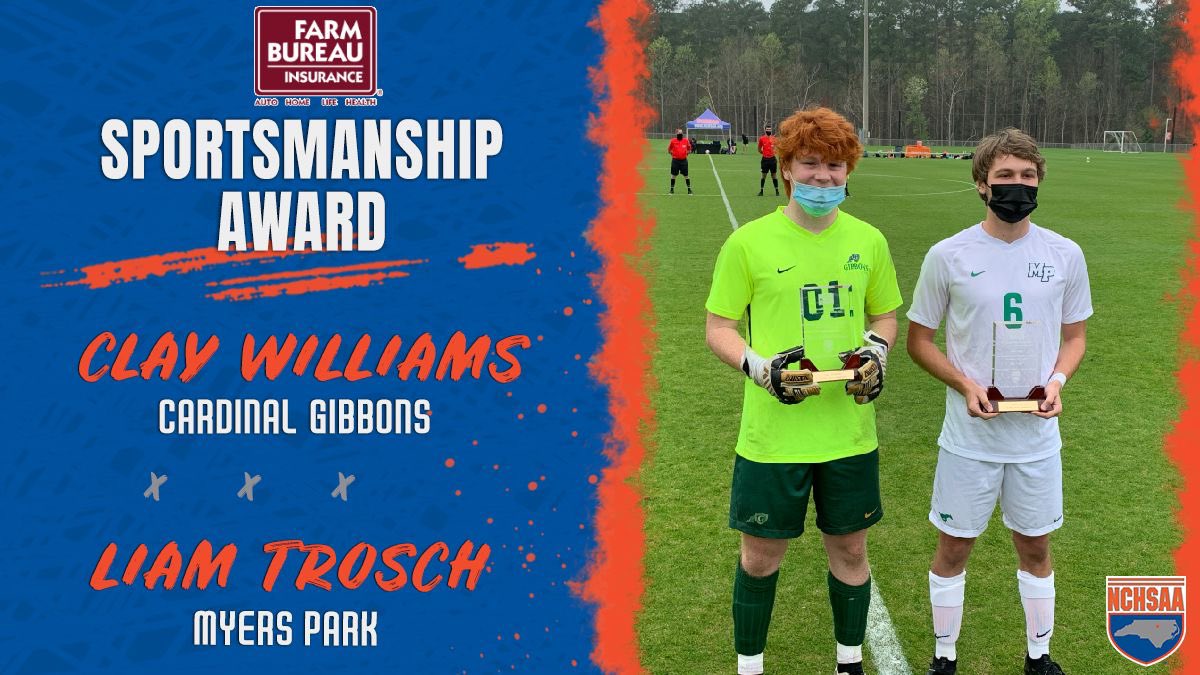 The NCHSAA is committed to highlighting and promoting outstanding sportsmanship. The Association has partnered with NC Farm Bureau to recognize one individual from each participating team in an NCHSAA State Championship who has demonstrated exemplary sportsmanship throughout the year. This year’s winners of the NC Farm Bureau Sportsmanship Awards for the 4A Men’s Soccer Championship are Clay Williams from Cardinal Gibbons and Liam Trosch from Myers Park