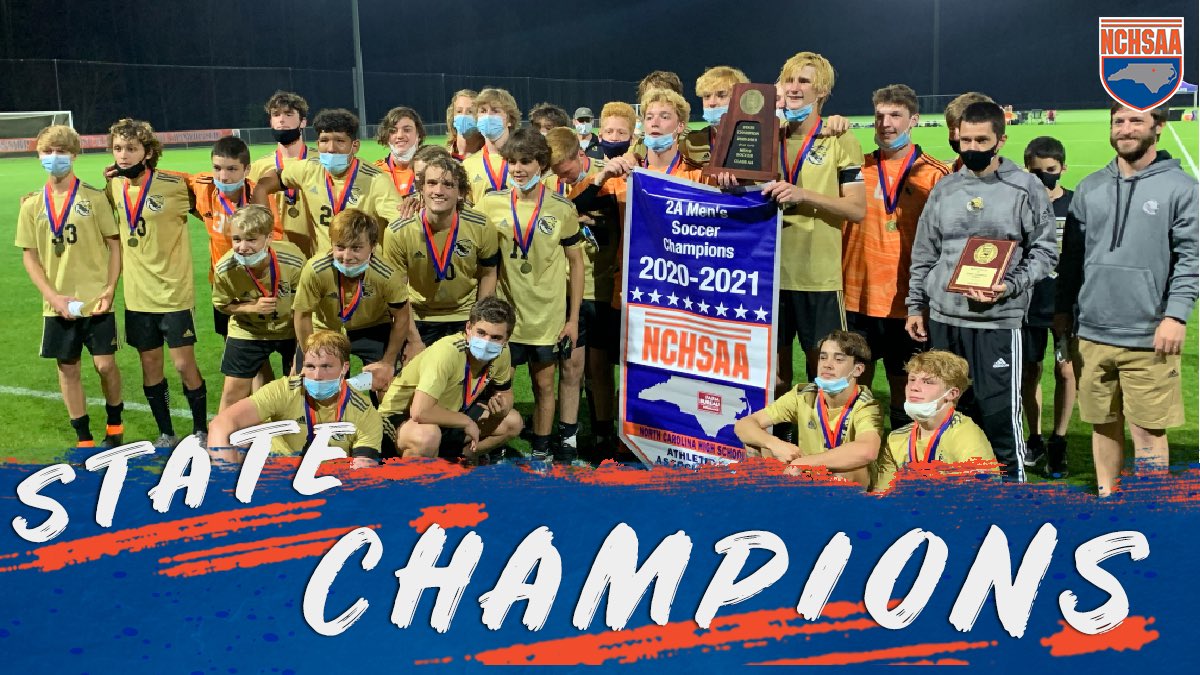 CARY, NC – The Croatan Cougars and Hibriten Panthers played even for 80 minutes, but it was the Cougars that exploded for three goals in overtime to take the 2A Men’s Soccer State Championship 4-1, winning the program’s first State Championship.

The match started with early fireworks, both teams netting goals in the sixth minute. Croatan opened the scoring as match Most Valuable Player, Travis Garner-McGraw, finished a through ball into the box from Gavin Beaupre to put the Cougars up 1-0. Hibriten responded immediately as David Franquiz worked his way into the left side of the 18-yard box off the restart, slotting a shot past the keeper to the far post to equalize 1-1.

Neither team could break the tie for regulation, though Croatan had arguably the best opportunity, ripping a shot from just outside the box off the crossbar and down back into the penalty area.

In the extra periods, Croatan scored early and often. Alex Amato sent a perfectly weighted ball into the left side of the box for Beaupre, who brought the ball down seamlessly and chipped it past the keeper on the near post to put the Cougars ahead for good, 2-1 in the 83’. Beaupre finished the night with a goal and an assist. 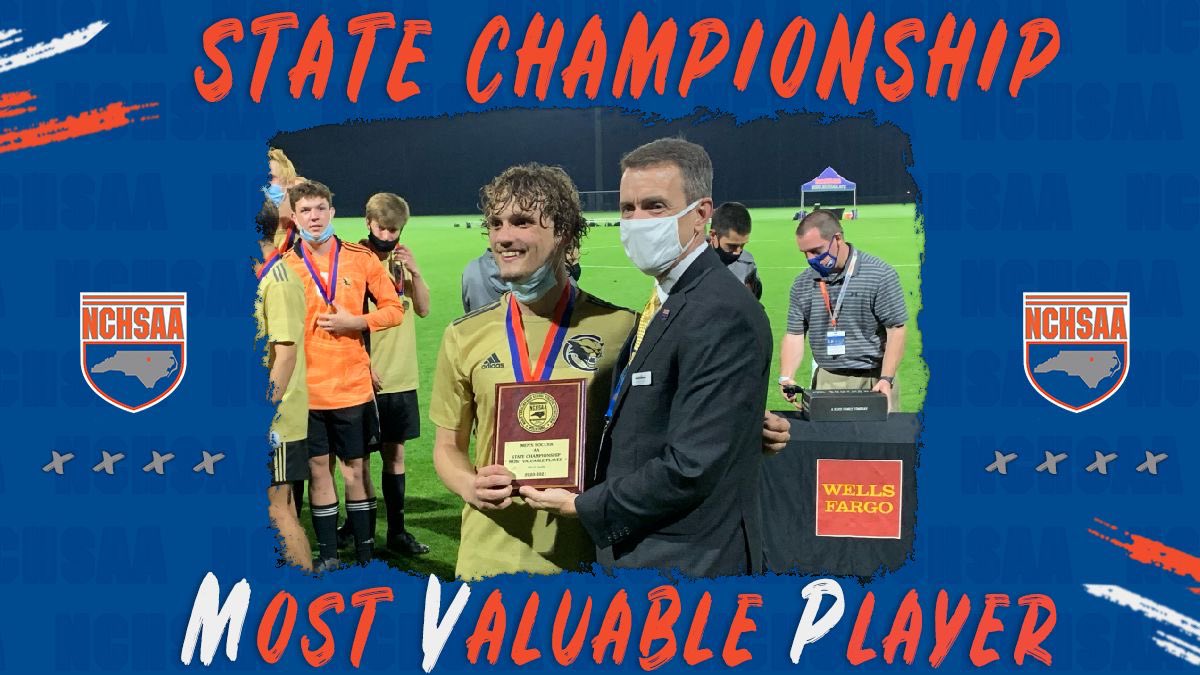 Croatan’s Danny Metcalf put the game on ice in the 85’, dribbling through a pair of Panther defenders and finding himself with time about 25 yards out. He lasered a shot with his right foot, low, and into the left corner of the goal to put the Cougars up 3-1. Metcalf added an assist in the second overtime period, sending in a corner kick for the head of Garner-McGraw, who knocked it home to finish the scoring in the 92’.

Hibriten finished the season 18-1-0; the Panthers were 14-0-0 in the Northwestern Foothills 2A, where they won the conference title. The program made its second appearance in an NCHSAA Men’s Soccer State Title game, winning the Western Regional Championship for the first time since 1989. 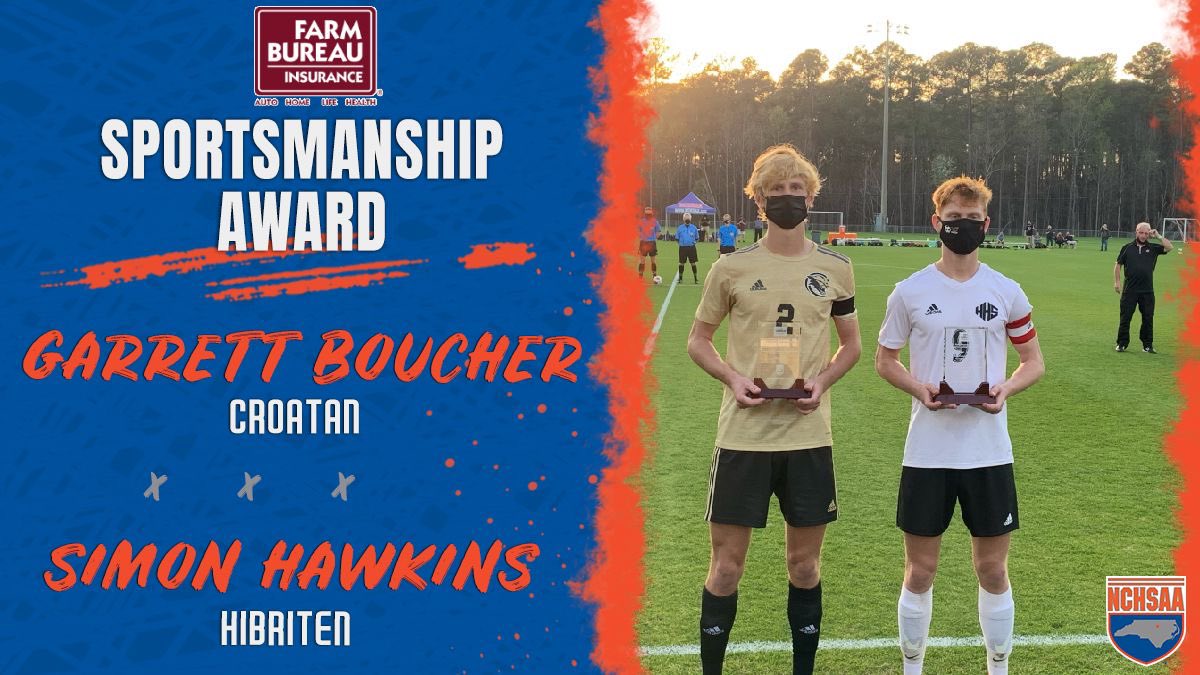 The NCHSAA is committed to highlighting and promoting outstanding sportsmanship. The Association has partnered with NC Farm Bureau to recognize one individual from each participating team in an NCHSAA State Championship who has demonstrated exemplary sportsmanship throughout the year. This year’s winners of the NC Farm Bureau Sportsmanship Awards for the 2A Men’s Soccer Championship are Simon Hawkins from Hibriten and Garrett Boucher from Croatan.