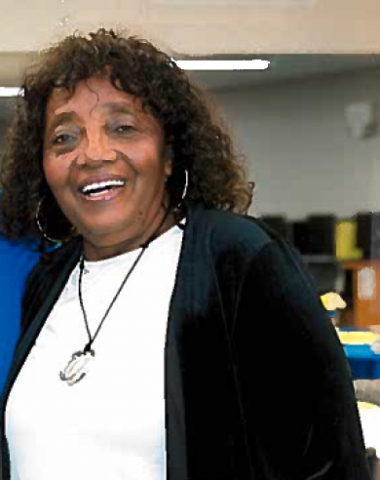 Ruby Sutton had an incredible 52-year career, mostly at E.A. Laney High School in Wilmington where she coached basketball, cheerleading, softball, men’s and women’s tennis and volleyball for various stints across her 41 years at the school. The Kinston-native started her career in Wilmington at Williston High School as a physical education teacher, remaining at that school until it closed in 1968, eventually landing at Laney in 1977.

Sutton was chosen for the NCHSAA’s Homer Thompson Memorial “Eight Who Make a Difference” Award and named to the Association’s “100 Coaches to Remember during the Association’s Centennial Celebration in 2013. E.A. Laney High School dedicated the Basketball and Volleyball Court to her, and she was inducted into the school’s Hall of Fame in 2013.