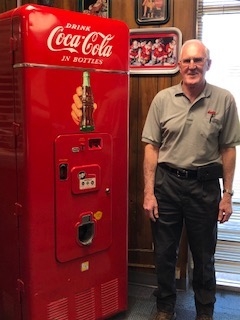 Behind the scenes there is always an unsung hero making things happen. For the NCHSAA football and basketball championships hosted in Chapel Hill, Sammy Carden is one of those heroes. Carden is native to Granville County and attended South Granville High School where he played football and ran track. He oversees University Concessions for Coca-Cola Bottling Company of Durham NC and this summer marks the beginning of his 50th year with the company. Sammy has serviced the NCHSAA Football and Basketball State Championships at UNC-Chapel Hill for more than 25 years, quenching the thirst of many fans! Sammy not only delivers product, but services his customers with professionalism, and most importantly, a “servant spirit”—friendly, helpful, doing anything he can that will satisfy the coaches and spectators.

Commissioner Tucker noted, “Any time the NCHSAA has been in need of refreshments for our championships, Sammy Carden has been there to provide them. I am pleased to honor Sammy with this award for his status as a true friend of high school athletics and the Association. The award represents just a small token of our appreciation for his service to the student-athletes, fans and members of the NCHSAA.” 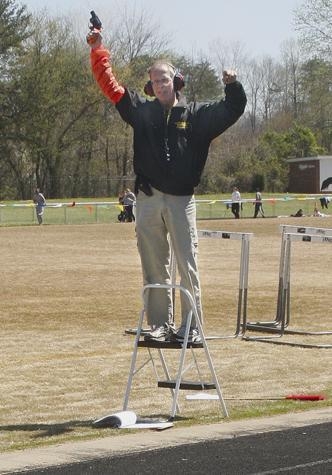 Commissioner Tucker noted, “Every year when I attend the State Track and Field Championships, one of the event highlights for me is to be able to see the smile on J.J. Knox’s face as he serves as a meet official. His dedication to students and his passion for cross-country and track and field shine through in all that he does. It brings me great pleasure to recognize Coach Knox with this award and highlight how grateful we are for his continued commitment to the Association and its members.”