NCHSAA to award two students with Wilburn Clary Medal for 2020

Kayla Yang is a three-sport athlete in soccer, swimming, and golf at Clinton High School. She was a member of Clinton High School’s inaugural girl’s golf team and made an appearance at the regional and state championships. Her athletic pursuits also included honors for her outstanding performances in soccer and swimming. As a soccer stand out, she was named All-County, All-Conference, All-Region, and All-State. Aside from her accomplishments as an athlete, Kayla is also an exceptional student. She is president of her school’s chapter of the National Honor Society, Student Government Association (SGA) vice president, and she holds membership in Clinton High School’s Spanish Honor Society, CTE’s Honor Society, and the DECA Club. Yang plans to pursue a degree in biology. 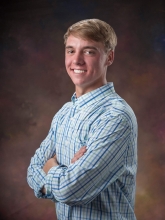 Gabriel Barber is a two-sport athlete in baseball and soccer at East Bladen High School. He was selected as team captain for both sports in his junior and senior years. As a standout soccer player, he was selected as a member of the All-Conference, All-Region, and All-State teams. He also received recognition as Conference Player of the Year and received recognition as one of Fayetteville Observer “Best of 910 Preps Soccer All-Stars”. Barber has also excelled in the classroom. He is a member of the National Honor Society, Student Government Association, Phi Theta Kappa Honor Society, and Bladen Community College Sigma Kappa Delta English Honor Society. Barber enjoys playing guitar and plans to pursue a degree in civil engineering.

ABOUT THE CLARY MEDAL

The Clary Medal is made possible through the generosity of the Eddie and Jo Allison Smith Family Foundation and annually recognizes an outstanding male and female varsity student-athlete participating in varsity competition in at least two NCHSAA-sanctioned teams. The award is based on the individual’s excellence in athletic participation, extra-curricular activities and community service. Each recipient of this medal exhibits a desire to excel in all areas of life – athletics, education, sportsmanship, teamwork, leadership, honesty and integrity.

Wilburn Clary’s athletic career involved coaching, officiating and administration. He coached several sports at the Methodist Children’s Home for almost 30 years, was an outstanding official on the high school and collegiate level and served as the executive secretary of the Western North Carolina High School Activities Association from 1949-1977 until it merged with the NCHSAA. Mr. Clary was the first collegiate football official to be inducted into the National Football Foundation and College Hall of Fame.