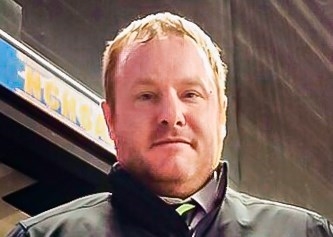 The head wrestling coach for Cary High School, Anthony Dunbar, passed away suddenly over the holiday. He was 40 years old.

He started his wrestling career in middle school and finished it in college at N.C. State.  His years at Cary High School were his proudest where he met his mentor and NCHSAA Hall of Fame Coach, Jerry Winterton, as well as some of his best friends.  At Cary High School he was part of the storied tradition of Cary Wrestling winning several state titles.  His dream always was to return to Cary and continue that legacy. In 2006 he returned as an Assistant Coach which led him to his dream of becoming the full-time head coach in 2017.

According to those around him, these were some of the happiest years of his life, continuing the legacy and being the coach, mentor and friend that he experienced in his years as a Cary wrestler.  Anthony had just begun his career as a coach and was already showing that he truly had found his place, as in his first two years, he coached the team to a pair of Conference championships, was twice Conference Coach of the year, won the NC 4A Dual Team State Championship and was named NC 4A State Coach of the year, leading Cary to it’s 21st State Wrestling title. In 2019 he coached the NC All Star team against the SC All Star team achieving victory by a large margin.

While proud of his accomplishments, He was most proud of the young wrestlers he coached and their growth, caring for them, seeing the potential in all of them. His youngest pupil was his favorite. His nephew Finnegan was his best little buddy.  The two were inseparable and Anthony couldn’t wait until he was able to get Finn on the mats.

He was proud of every wrestler he had the privilege of coaching, felt honored to be a part of the Cary High School wrestling story and loved life and his family.

In lieu of flowers, the family has suggested contributions to The Cary Imp Club – Wrestling at:  Mike Dunphy