Durham coach and friend of the NCHSAA, Pete Shankle, passes away at 67 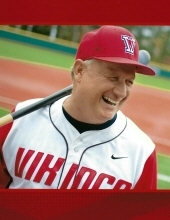 After a battle with cancer, long-time teacher, coach and friend of the NCHSAA, Pete Shankle, passed away at his home in Durham. After graduating from Appalachian State University, he taught and coached for 30 years in the Durham Public School System. Much of his time in coaching was spent at Southern Durham High School where he led the Spartans to the State Championship in Baseball twice.

Commissioner Que Tucker remembered Coach Shankle by saying, “The NCHSAA is saddened to hear of the passing of Coach Pete Shankle. He was a special person and impacted so many young people with his passion for education and athletics, particularly baseball. He was a light in the Durham community and a loyal friend of the Association. While Coach Shankle’s physical life has ended much too soon, we know his spirit and passion continues on in the lives of the students he taught, the players he coached and those who worked alongside him through the years. He will be deeply missed. Our thoughts and prayers are with his family and friends during this difficult time.”

Flowers are acceptable or memorial donations can be made to Voyager Baseball, 4302 Ben Franklin Blvd, Durham, NC 27704.