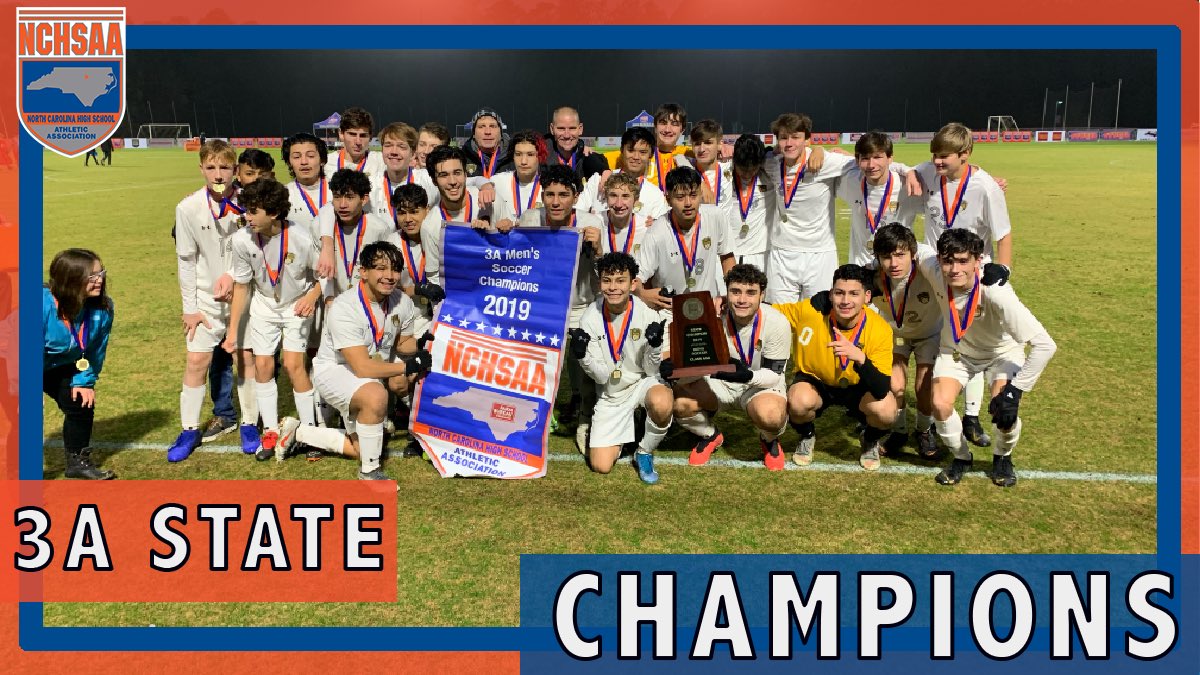 CARY, NC – Charlotte Catholic controlled the first 70 minutes, but it was the Williams Bulldogs that left WakeMed Soccer Park with the final three goals and the school’s first Men’s Soccer State Championship after a 3-2 victory in the 3A State Title Game.

Charlotte Catholic controlled possession and the scoreline for the majority of the game. The Cougars netted a pair of goal early in the second half to set the tone. Andrew Kanney curled a ball over the head of Williams keeper who had come well out of his net to challenge a loose ball along the goalline in the box. Kanney’s 45th minute goal, which was unassisted, gave Charlotte Catholic a 1-0 cushion. Then in the 51st minute, Ryan Bayadi sent a ball towards the Bulldog box, it was flicked on by Patrick Fenton trickling to Jackson Kirsch who slotted it past the keeper for a 2-0 lead.

In the final ten minutes of regulation, Williams high pressure and intensity created several opportunities. However, it was not until Dallin Vandre found himself just inside the right side of the box off a pass from Brennan Lagana. Vandre slipped it under the keeper in the 76th minute to draw Williams within one. The Bulldogs kept the pressure on and in the 80thminute, finally were able to draw level as Jorge Alfaro managed to thread a ball through several Catholic defenders in a chaotic box, finding the back of the net and forcing overtime. 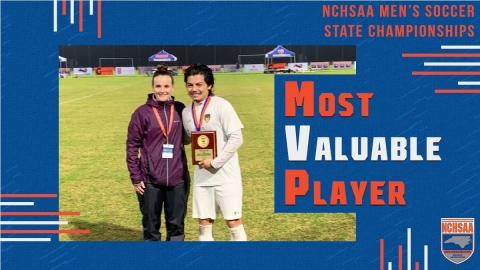 The Bulldogs kept the pressure high in the first overtime period, and in the closing seconds of the first extra period, Ramiro Vera came down with a short Cougar clearance. He took two dribbles and let loose a shot from about 35 yards out that sailed just over the outstretched arms of the Charlotte Catholic keeper and curled into the back of the net to lift the Bulldogs to a 3-2 victory. For his midfield play and the game-winning shot Vera was named the game’s Most Valuable Player.

Charlotte Catholic finished the season 25-1-2, they were 14-0 as the champions of the Southern Carolina 3A Conference. The Cougars appeared in the program’s 18th Men’s Soccer State Championship game. 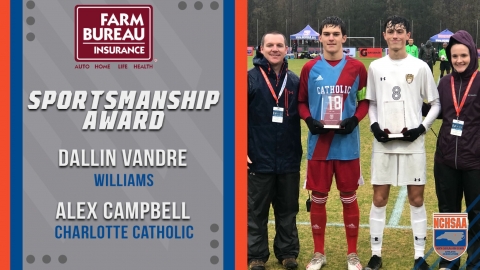 The NCHSAA is committed to recognizing good sportsmanship both on and off the field and has partnered with North Carolina Farm Bureau to recognize a deserving player from each championship team that has excelled in this area. The recipients for this year’s 4A North Carolina Farm Bureau Sportsmanship Awards were Dallin Vandre from Williams and Alex Campbell from Charlotte Catholic.