2019 2A Men’s Soccer Championship: Dixon strikes three times in second half to pull away for a 4-3 victory over East Lincoln 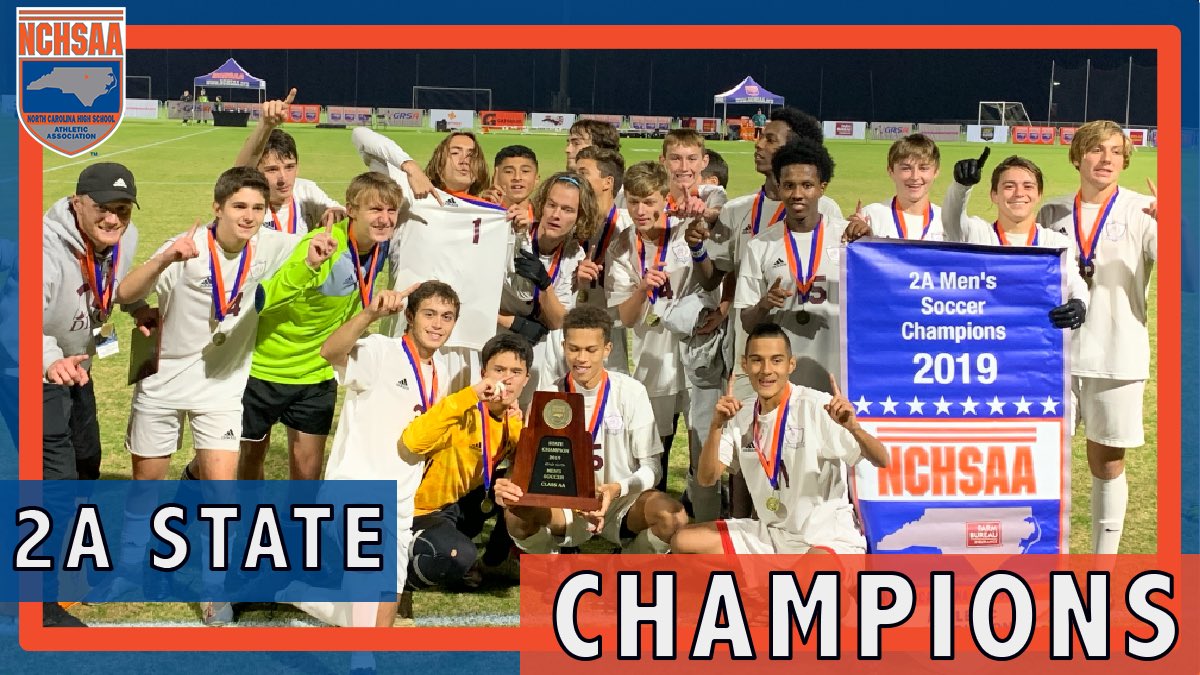 CARY, NC – East Lincoln struck first, but Dixon struck the most in an entertaining and well-played 2A State Championship Match. Dixon claimed the school’s second Men’s Soccer State Championship, their first since winning the 2A title in 2006, with a 4-3 victory over previously unbeaten and untied East Lincoln.

The Mustangs started off the evening’s festivities with fireworks in the opening minute. Senior Caleb Gilley took a pass from his twin brother Logan Gilley, slotting it past the Dixon keeper with his right foot to put East Lincoln in front early 1-0. In the 20th minute, Dixon battled to win a corner on one of their few first half deep attacks into the Mustang end. The ball pinged around in the box, saved off the line by the Mustangs twice before dropping in front of Nathan Whited. Whited blasted a one-time volley into the upper-right corner of the net from about eight yards out to knot the score at one. 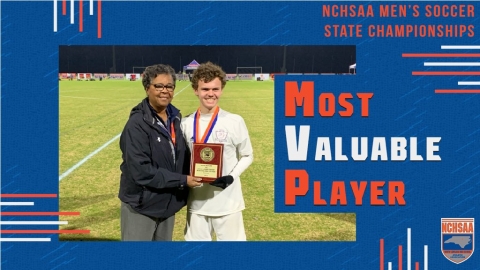 The two teams largely played even in the opening part of the second half with the exception of a two-minute stretch that saw the Bulldogs net a pair of goals. In the 49th minute, Dixon senior Matthew Hardison sent an in-swinging corner towards the goal with his left foot, curling off the keeper and into the net to put the Bulldogs up 2-1. Hardison was selected as the game’s Most Valuable Player. Dixon pushed right back into the box in the following minute as Carlos Ochoa-Sanchez slipped a ball to a streaking Max Franken in the box who pushed it home to go up 3-1 with 30 minutes to play. Franken followed up a loose ball in the box to net a second goal in the 70th minute to put the Bulldogs up 4-1.

East Lincoln kept throwing balls forward in the latter stages and Logan Gilley put away a beautiful one-touch feed from Logan Gilley in the 72nd minute to draw the Mustangs closer at 4-2. The pair linked up again for a counter-attack goal in the 75th minute to draw within 1 as Chase Gilley finished the hat trick with his right foot, but they ultimately could not overcome the second half deficit to equalize.

Dixon wrapped up the season 25-1-1, the Bulldogs were 14-0 as the champions of the Coastal 8 1A/2A Conference. Dixon won their fourth Eastern Regional Championship, appearing in the school’s fourth State Championship Match. The Bulldogs won their second championship and first since a 3-1 victory over Polk County in the 1A Championship of 2006.

The NCHSAA is committed to recognizing good sportsmanship both on and off the field and has partnered with North Carolina Farm Bureau to recognize a deserving player from each championship team that has excelled in this area. The recipients for this year’s 2A North Carolina Farm Bureau Sportsmanship Awards were Matthew Hardison from Dixon and Noah Graden from East Lincoln. 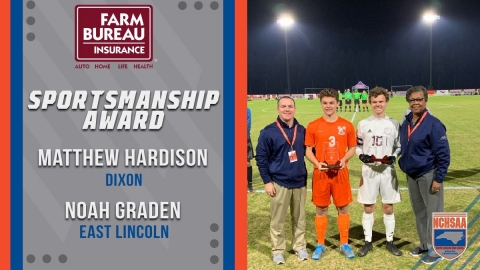