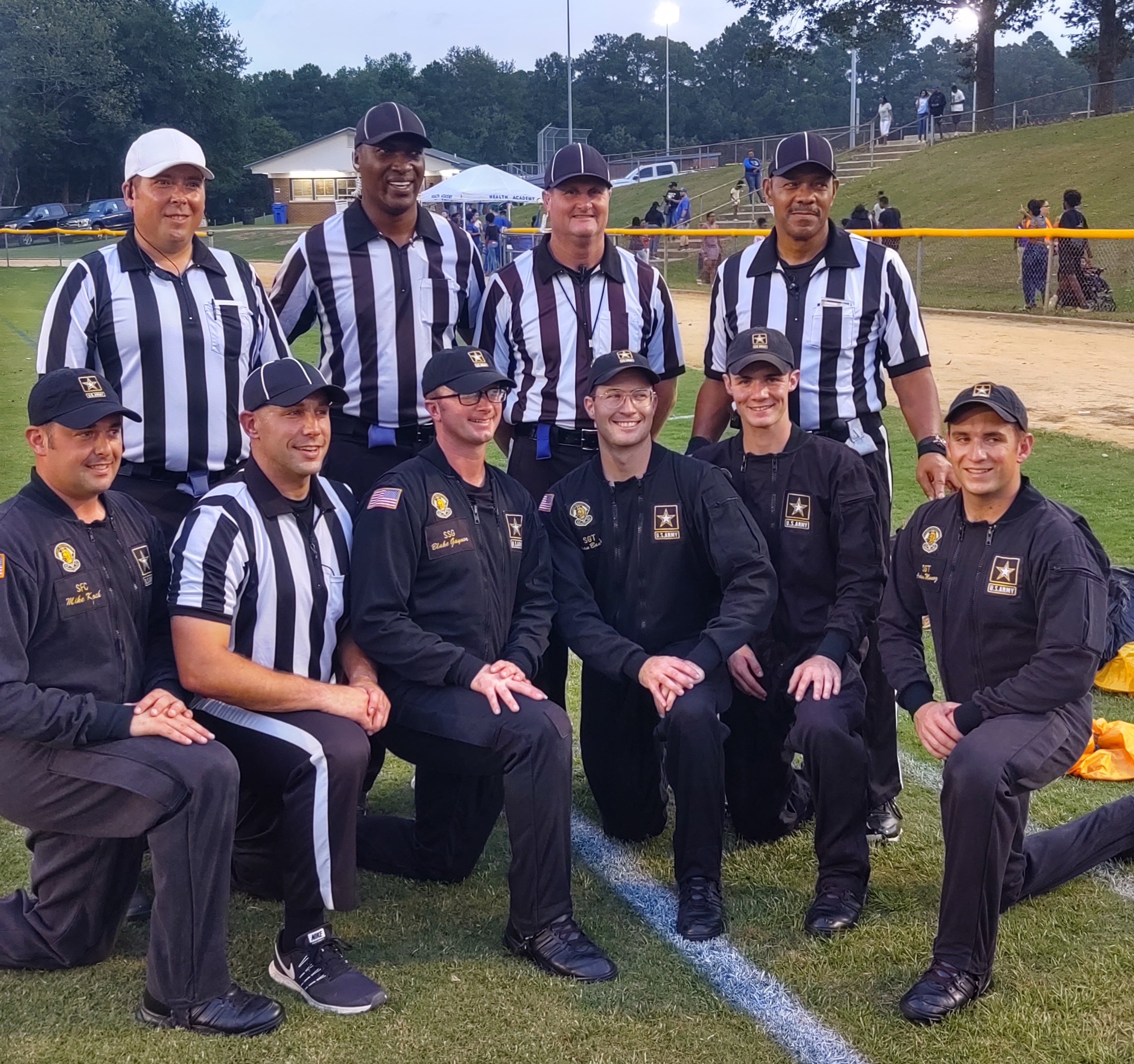 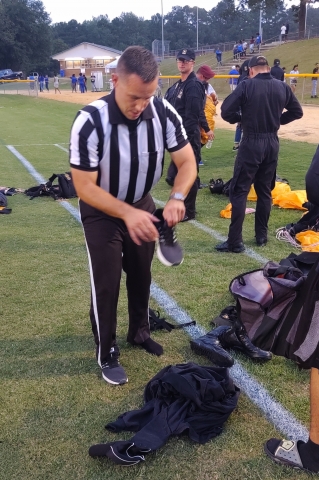 FAYETTEVILLE, NC - Pine Forest and Westover provided plenty of excitement after the opening kickoff, with Pine Forest narrowly edging Westover 33-30 on Friday, October 4. But during the pregame festivities, it was one of the game officials that made a spectacular entrance.

Westover had arranged for the game ball to be delivered by the United States Army's elite Strategic Army Corps Sport Parachute Team (STRAC), better known as the Golden Knights, a demonstration and competition parachutist team drawn from all branches of the U.S. Army. One of the Golden Knights team members, Ryan Reis, also happens to be an NCHSAA Football official.

Reis donned his officials uniform, then his Golden Knights jump suit, and jumped out of a plane with the game ball, delivering it, and himself, to the scheduled contest for Friday night. When he arrived in style, his wife met him on the sideline to give him his game shoes, flag, whistles and bean bags so he could join the rest of his crew. Reis teammed up with Jeremy Hall, Charles Davenport, Todd Hewlett and Greg Rooks in officiating a thrilling contest.