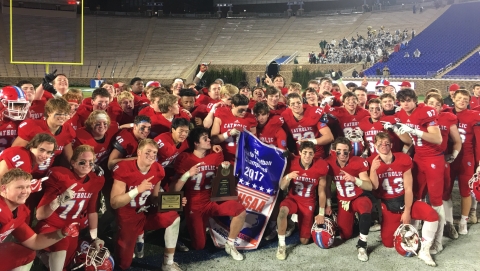 DURHAM – Charlotte Catholic dominated the time of possession and the ground game on the way to their fifth State Championship victory, a 28-14 win over Havelock at Brooks Field at Wallace Wade Stadium.

The Cougars rolled up 272 yards on 58 running plays while holding on to the football for more than 31 minutes of the 48 played. Milan Howard carried 29 times for the Cougars totaling 160 yards without finding the end zone. Howard was named the game M.V.P. for his workhorse performance.

Catholic opened the scoring early when Paul Neel hauled in a five-yard pass from Christopher Walton capping off a 14-play, 70-yard drive that chewed up 6:17 to open the game. Havelock answered the bell, ripping off a 15-play, 79-yard drive of their own that took 5:34. The Rams knotted the score at 7 with a two-yard touchdown run by Khalil Barrett, ending with just 8 seconds left in the first quarter.

The two teams made much quicker work of their next possessions. Charlotte Catholic cashed in a 1-yard quarterback sneak by Walton, giving the Cougars a 13-7 lead after the point after failed. Just 48 seconds later, Zach Sabdo hit Welton Spottsville for a 27-yard touchdown, taking the lead for the first time after the PAT with 8:06 to go in the first half. Spottsville took home Defensive Most Outstanding Player awards for the Rams with five tackles on the game while Sabdo took the Offensive honors with 207 yards and a touchdown through the air on 16 of 21 passing.

Charlotte Catholic got a pair of touchdown runs in the fourth quarter by Lamagea McDowell, one from five yards out and the other from two, to build out a 28-14 lead. McDowell was named Catholic’s Most Outstanding Offensive Player with 63 yards on 18 carries including the two for scores. Chase Foley led the Cougars defensively with seven tackles in the game and was named the Most Outstanding Defensive Player for the Cougars. 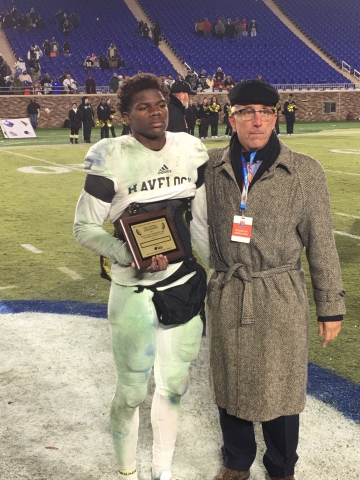 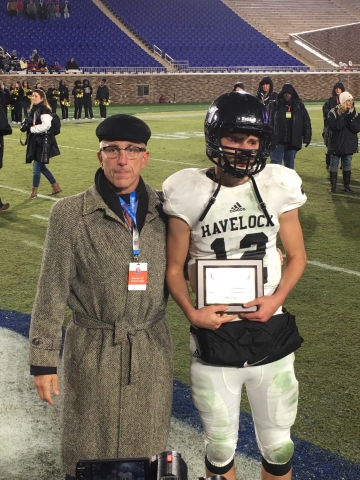 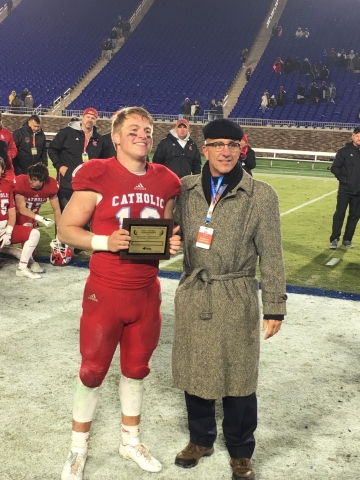 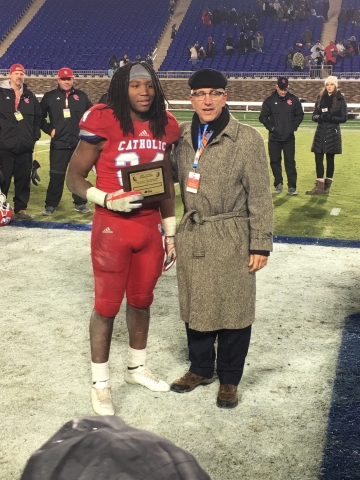 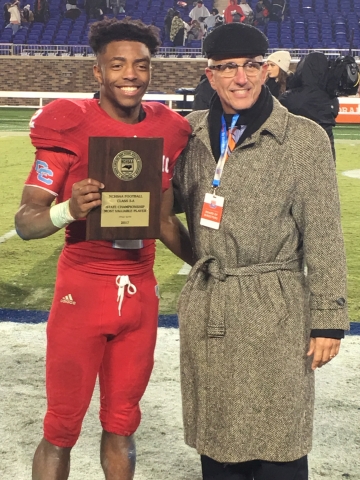