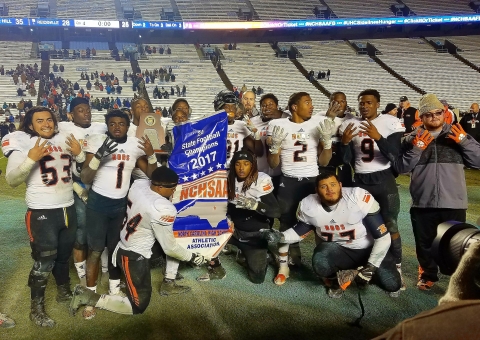 Wallace-Rose Hill jumped on top quickly, with Javonte Williams ripping off a 73-yard touchdown run on the first play from scrimmage giving the Bulldogs a 6-0 lead. Reidsville got the game right back even with an 11-play, 78-yard drive that was polished off by Titus Jones’ 14-yard touchdown run.

In a game of heavyweights, it was the Bulldogs that landed the next two punches, scoring two more times before the end of the first quarter. Desmond Newkirk cashed in from one yard out with 7:04 to go in the quarter, and on the ensuing Reidsville drive, Quavion Basyden picked off a Titus Jones pass with the Rams driving deep in Bulldog territory. Basyden returned the interception, untouched, 97 yards for a touchdown to give Wallace-Rose Hill a 21-7 lead. Baysden was named the Bulldogs’ Most Outstanding Defensive Player.

The Rams hung in the game as they stopped the Bulldogs on fourth and two from the Rams 16 yard line, turning the Bulldogs over on downs. Reidsville made it a one-score game at the half when Titus Jones squeezed a pass into a tight window to Travion Canada for an 8-yard touchdown with just 16 seconds to go. That throw made the score 21-14 at the break. Jones earned Reidsville’s Most Outstanding Offensive Player honors rushing for 46 yards on 14 carries and completing 16 of 28 passes for 191 yards and a touchdown.

The Rams came out of the break with the ball and drove 11 plays and 71 yards capped by a 1-yard Travion Canada touchdown to even the game at 21. It wasn’t until Javonte Williams’ 5-yard touchdown run with 10:18 to go in regulation that the Bulldogs would claim the lead again, this time 28-21. Williams was named the Championship M.V.P. for his 2 touchdown, 22-carry and 207 yard performance.

The Reidsville defense, led by the Most Outstanding Defensive Player, Will Blackstock, got another critical stop midway through the fourth quarter. His nine tackles, including one for a loss, were second on the team.

With the defense giving the offense a chance, the Rams drove 12 plays and 93 yards to tie the game on a 1-yard touchdown run by Jalen Easley. Easley’s touchdown knotted the game at 28 with just 42 seconds to go in regulation.

In the overtime, the Bulldogs went on offense first, and despite backing themselves up with a penalty, were able to push across the goal line on a 1-yard run by Desmond Newkirk on fourth down to take the lead. Newkirk finished the game as the Bulldogs’ Most Outstanding Offensive Player, running for 62 yards and 2 touchdowns.

Reidsville ripped off seven yards on first down of their overtime possession. But on second and goal from the three, Jalen Easley coughed up the ball when he got hit by Rarkell Simmons, as the ball was recoverd by the Bulldogs to seal the victory. 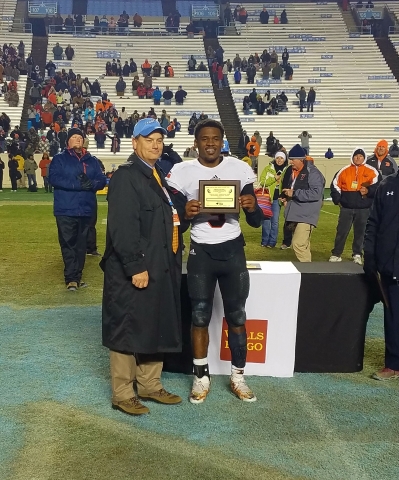 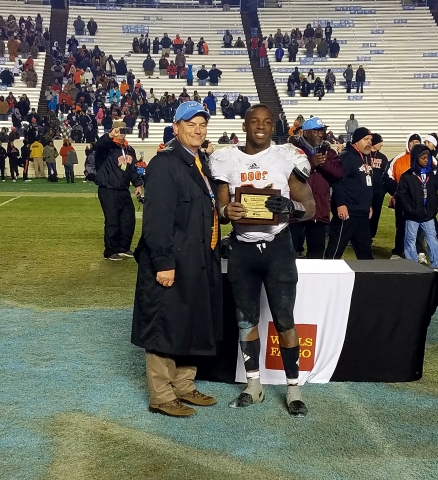 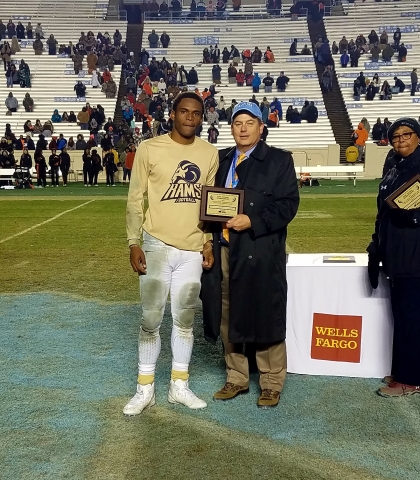 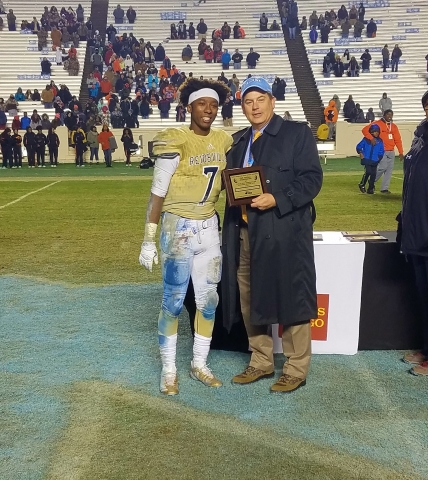 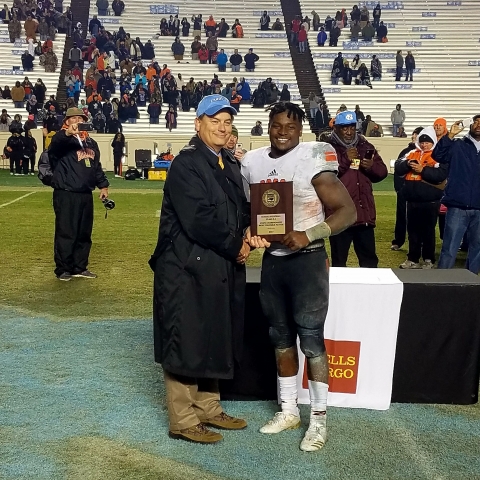