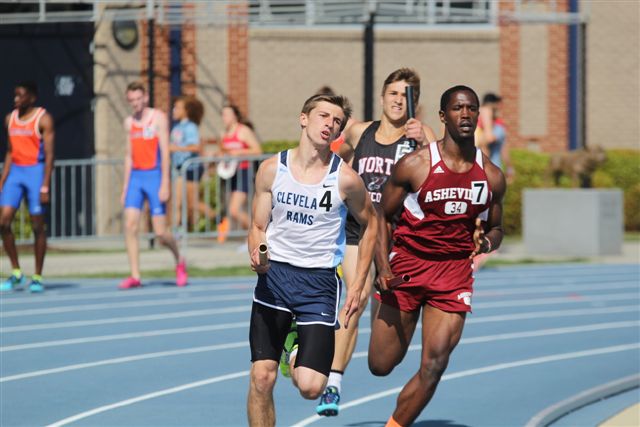 Lotharp earned meet Most Valuable Performer honors by setting a new state all-classification record with a time of 10.35 seconds in the 100 meters, breaking a 10-year old mark. He also won the 200 and ran legs on victorious 400 and 800 meter relay squads.

Despite Lotharp’s heroics, Sun Valley fell a bit short of the team championship as Waxhaw Marvin Ridge scored 60 points to 44 for runner-up Sun Valley.  West Carteret was third with 34 points, followed by Raleigh Cardinal Gibbons (32) and Asheville (25).  A total of 60 teams scored points in the men’s meet.

Junior Tyson Fortenberry of Gastonia Ashbrook was a double winner, taking first in both the discus and the shot put, while Corey Thompson of East Gaston took state individual titles in both hurdle events.  East Henderson’s Tanis Baldwin captured top honors in both the 800 and 1600.

Wilson Fike’s Ian West cleared 16 feet even in the pole vault, a new state 3-A record and tying the all-classification record.

Led by MVP Kylie McMillan, Southern Guilford won the women’s team title with 61 points, with Marvin Ridge in second. McMillan won both hurdle events to help her team to victory.

Anna Vess of Asheville A.C. Reynolds won both the 800 and the 1600, while Courtney Warren of Pikeville Charles B. Aycock was tough in the sprints, taking first in the 100 and 200.