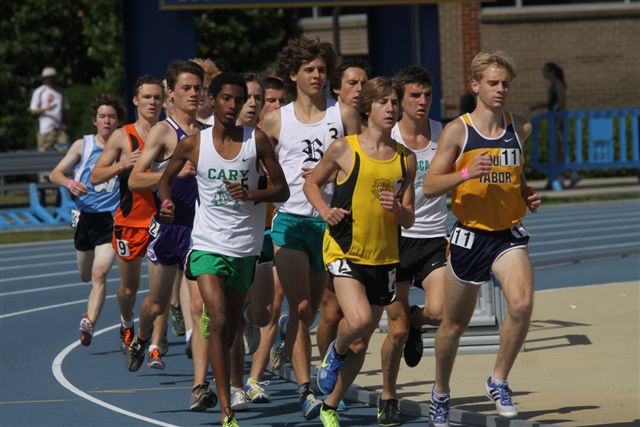 GREENSBORO – The first weekend of North Carolina High School Athletic Association track and field state championships are scheduled for Friday and Saturday.
The weekend of competition features 3-A championships for both men and women on Friday, and then on Saturday the 4-A championships will be held, all at the Irwin Belk Track on the campus of North Carolina A&T State University.
The 1-A and 2-A meets will be held the following weekend, May 15-16.
Action in the field events will begin at 10 am and running events will start at 11 am. It will be the 95th annual men’s championships and the 44th annual renewal of the women’s event.
Western Alamance is the defending women’s 3-A team champion. The 3-A regional champs last weekend included Asheville A.C. Reynolds, Southern Guilford, Eastern Guilford and West Carteret.
Fayetteville Terry Sanford earned the 3-A championship last year in the men’s competition. Regional champions on Saturday included Asheville, Waxhaw Marvin Ridge, Chapel Hill and Cleveland.
In the 4-A classification for women, Winston-Salem Parkland won last year’s state team title and dominated its Midwest Regional last weekend, winning by 60 points.  Other regional champions include Asheville T.C. Roberson and Hope Mills South View.
On the men’s 4-A side, Winston-Salem Mount Tabor snapped Knightdale’s consecutive state championship streak at three in the 2014 state meet.  Charlotte Mallard Creek rolled to victory in a dominating performance in the 4-A Western Regionals last weekend, while Fayetteville Jack Britt in the East and Jamestown Ragsdale in the Midwest each took their regional team titles by one-half of a point.
Admission to the championships each day is eight dollars.
The Greensboro Convention and Visitors Bureau and the Greensboro Sports Commission are serving as the host city sponsors for the event.

NCHSAA FastFacts
Event: NCHSAA Track and Field Championships, 3-A and 4-A classifications
Date: May 8-9, 2015, with 3-A men and women on May 8 and 4-A men and women on May 9
Site: Irwin Belk Track, North Carolina A&T State University, Greensboro
First Held: 1913 for men, 1972 for women
Qualifiers: The top four finishers in each event, including relays, qualified from the regional level to the state championship meet
Defending champions:  women: 3-A, Western Alamance; 4-A, Winston-Salem Parkland; men: 3-A,Fayetteville Terry Sanford; 4-A,Winston-Salem Mount Tabor.
Of Interest: The NCHSAA overall men’s track state record which has lasted the longest is the 400 meters, with the record established back in 1983 by Delton Hall of Greensboro Grimsley in 46.41 seconds.
Host City Sponsors: Greensboro Sports Commission, Greensboro Convention and Visitors Bureau